Ever since Relax Gaming released their Money Train and Money Train 2 slot games, we’ve seen a lot of clones with the same type of bonuses. And I understand, because the bonuses on those games are amazing and can award huge wins.

So no wonder Pragmatic Play also released a game with this type of bonus called Barn Festival. But the game is very different in terms of theme and gameplay.

Barn Festival comes with a very colorful theme of different vegetables and fruits against a barn background.

The game is played on a grid of 6×5 symbols. Symbols pay when you get 8 or more of the same, no matter where on the reels.

There are no wild symbols, but you will find a special Money symbol on all reels with a random value of between x1 and x500 times your bet.

When exactly 3 money symbols appear, the multipliers on them are collected and the total win after all tumbles is multiplied by collected multiplier.

4 or more money symbols will trigger the respin feature.

The respins are played on a grid of 4×5 symbols and all money symbols will be held in place and 3 respins start. Every new symbol that lands will reset the respins to 3. During respins only money symbols appear and special modifier symbols. These modifiers are:

The bonus ends when you run out of respins or when you fill the entire grid with symbols. When you manage to fill all spots, you will also get an added bonus of 500 times your bet. 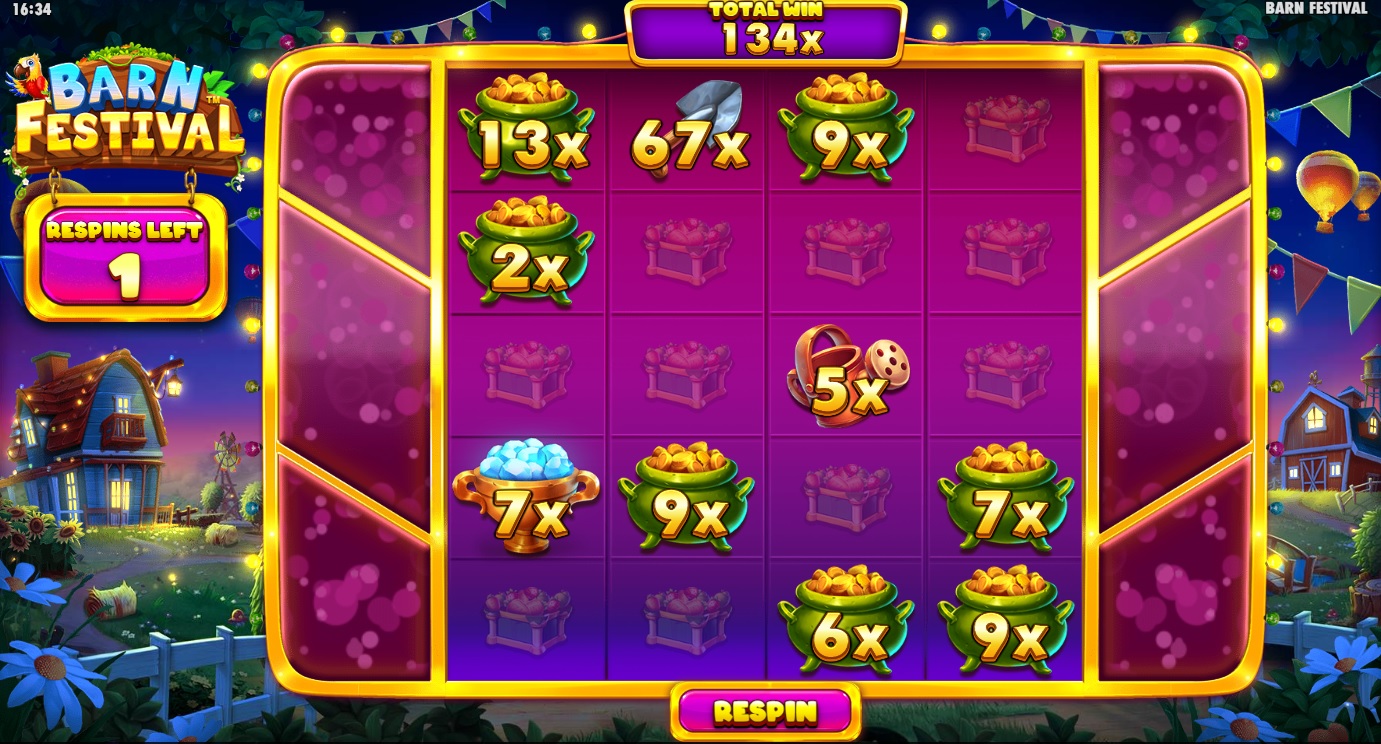 Some casinos will have the option to buy the respins feature for 100 times your bet.

I think Pragmatic Play managed to create a great new game with Barn Festival, even though the features aren’t new.

The base game is a lot of fun and because of the tumbles and the Money Symbols Multiplier, can even award some great wins. But of course the respins are the best feature.

It uses everything players loved about the Money Train 2 slot. Persistent symbols that add more values after each respin. And this can add up really fast.

Barn Festival is a great addition to the already amazing library of Pragmatic Play slots. And it’s even one of the better ones.