I couldn’t be more wrong when I thought Hooligan Hustle would be the last slot release of 2021 by Play’n Go.

Because here’s another slot game release, Beasts of Fire. 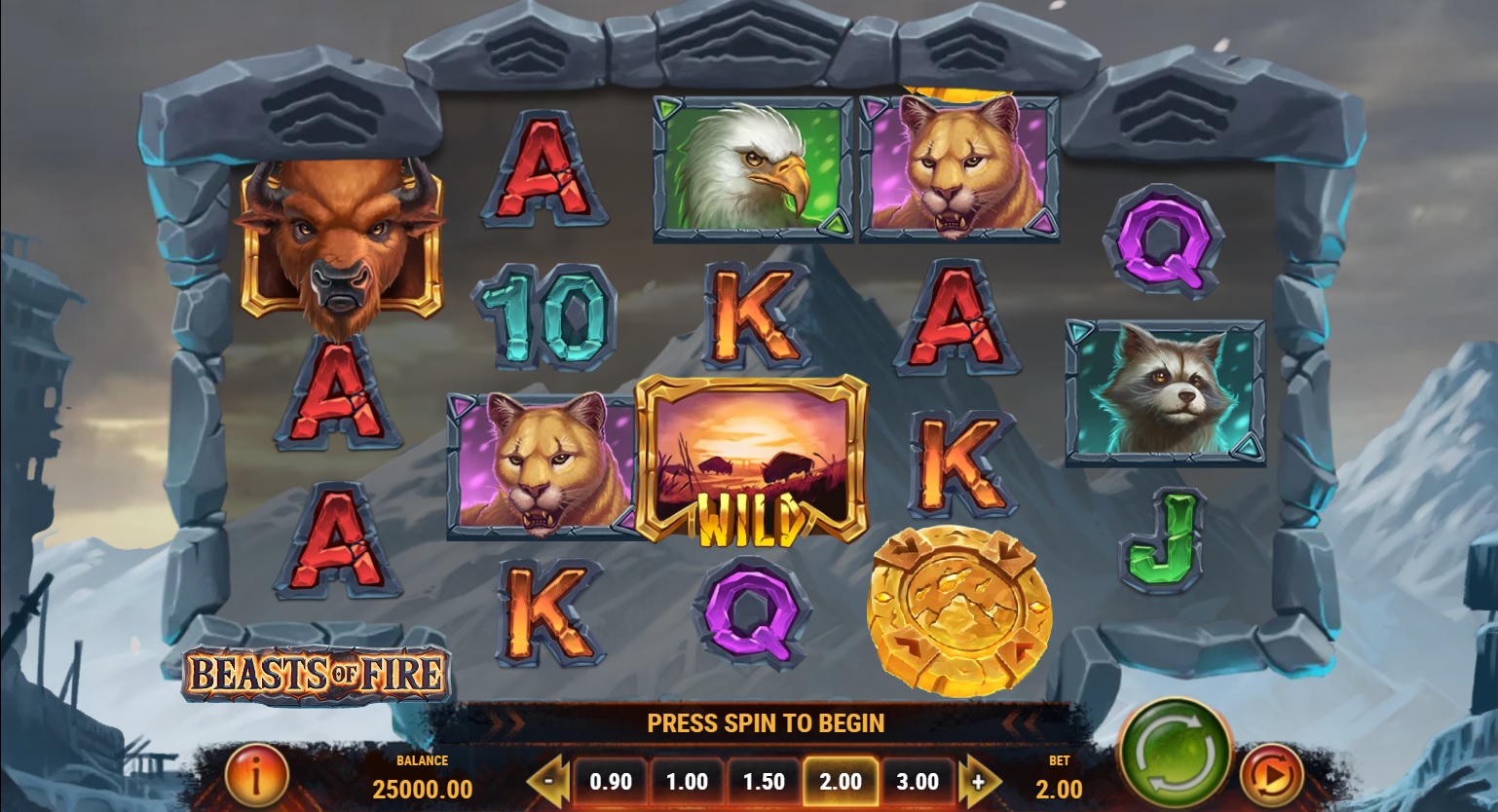 This feature can trigger at random during any normal spin.

More buffalo symbols are added to the reels increasing the chance on a big win.

When the special meteor symbol appears on reel 3 this feature is triggered.

All reels will grow in size by 1 symbol. After this you will get a free re-spin. During this re-spin there’s a higher chance to trigger the Buffalo Stampede feature.

If the meteor symbol appears again, the reels will grow by 1 symbol again and you will get another free re-spin. The feature can retrigger twice, making it possible to grow the reels 3 extra symbols. When you are on maximum ways, the meteor does not appear anymore. 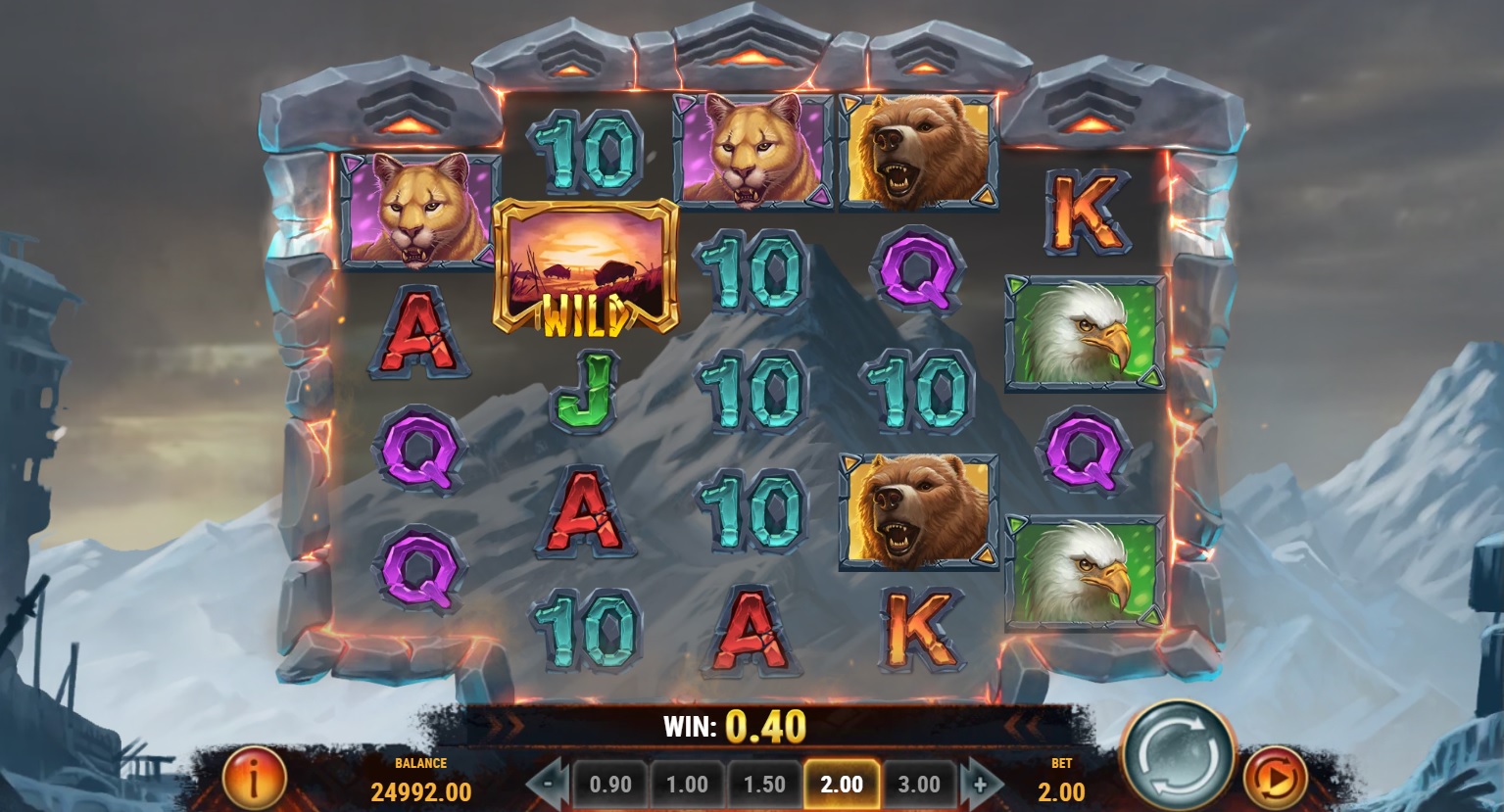 If you get all three bonus symbols on reels 2, 3 and 4 you will trigger the free spins feature.

You will receive 10 free spins.

All buffalo symbols are replaced by a special fire beast symbol during free spins, which is worth double the amount of a buffalo symbol.

The Meteor re-spin bonus can still be triggered during free spins, but when it does the reels don’t reset to their normal size and stay the size you reached until the end of the free spins feature.

We’ve seen this buffalo theme a lot in online and land-based slot games. The theme must be popular since new games with this theme still come out.

Play’n Go didn’t have a buffalo theme yet, so now they do. The setup of 576 ways was also done on the latest Kiss, Reels of Rock slot game. That game also offers increasing reels with more ways during bonuses. Which is a fun feature and really ramp up the maximum win. Beasts of Fire has a maximum payout of 25.000 times bet, which is pretty huge.

Overall it’s a solid game with some fun features, although personally I think the theme is a but overdone.

Check out Beasts of Fire at either Leo Vegas>>, N1Casino>> or Casumo>>.