Captain Xeno’s Earth Adventure is a new online slot game by Play’n Go. Which is now definitely the last game of the year. I was wrong two times before.

Wild and scatter symbols also appear on all reels. 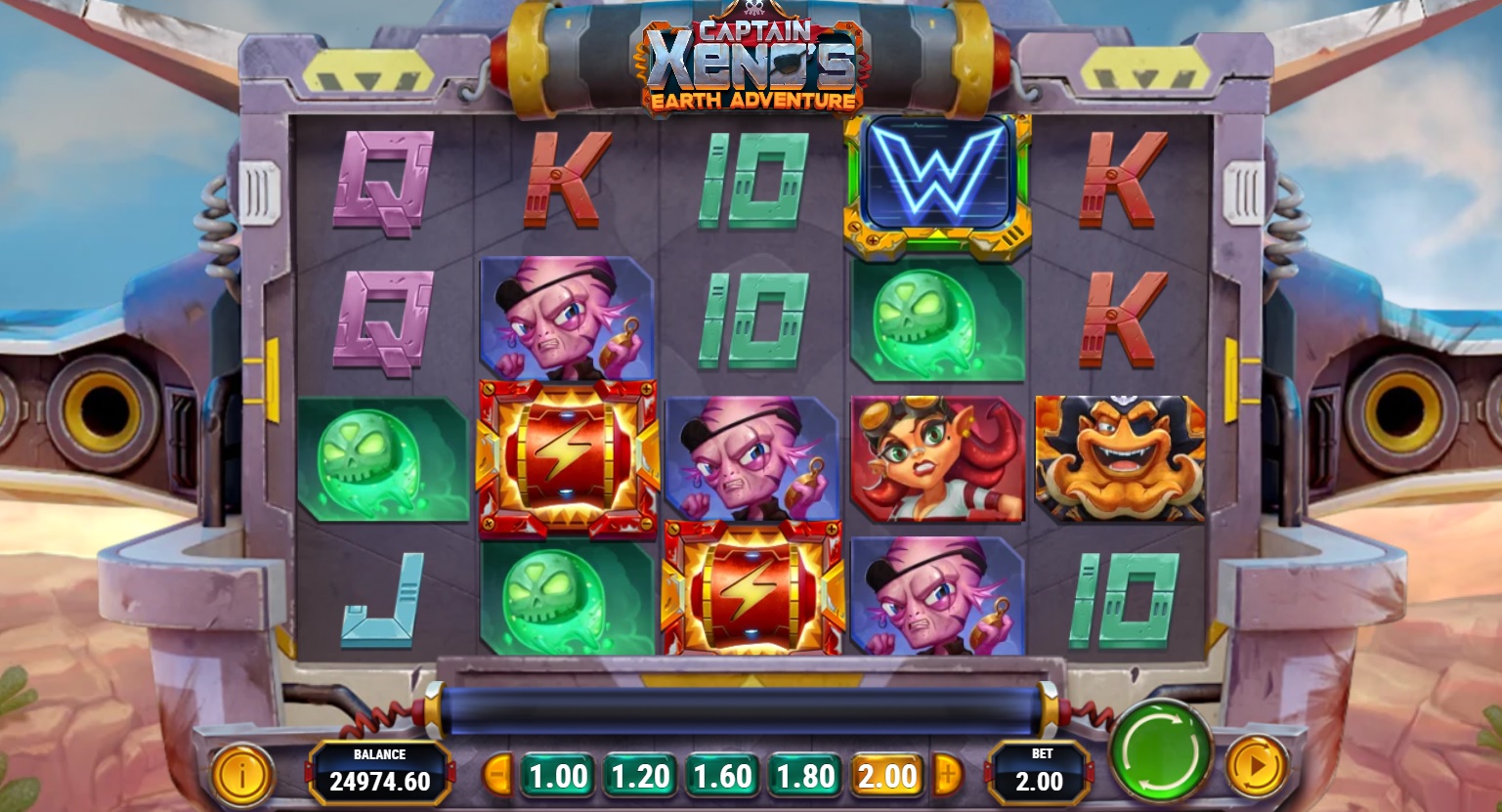 All of one random symbol, except wild and scatter symbols, will split into two. Increasing the number of ways for that symbol.

Between 1 and 5 random wild symbols are placed on the reels after which the reels stop spinning.

Two scatter symbols are added on the screen after which the reels stop spinning. Increasing the chance to trigger the free spins feature.

During free spins the chance of triggering Electric Shock, or split symbols, is much higher.

Once the meter reaches 7 symbols you will get 4 more free spins and now all splitting symbols will split into three symbols, instead of the standard two.

One you collect another 4 more symbols you will get another 4 extra free spins and now all splitting symbols will split into four symbols from now on.

After this level is reached no more scatter symbols appear on the reels. 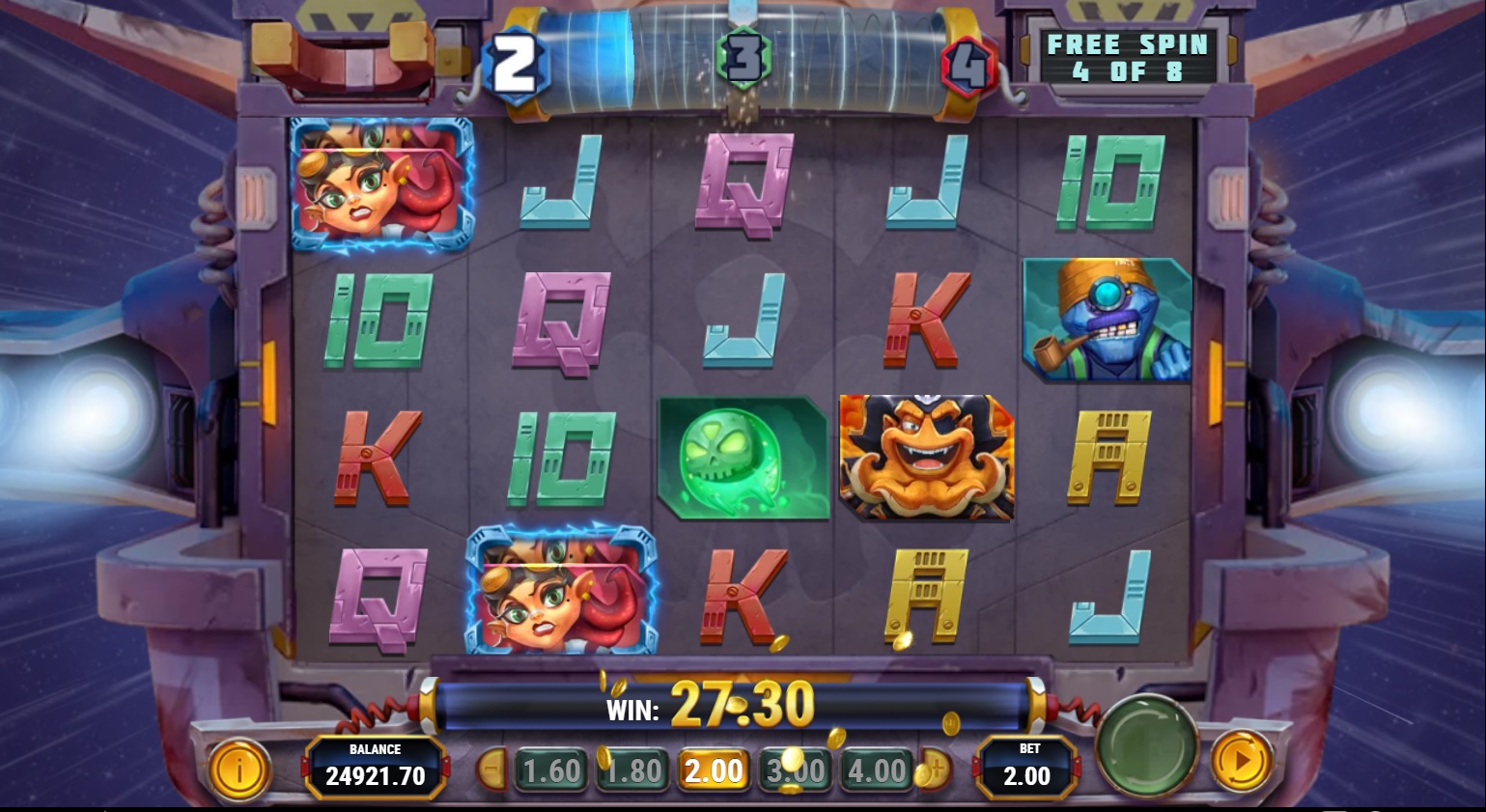 Play’n Go is really getting into these ways slot games with splitting symbols. We already seen The Last Sundown and also the recently released Hooligan Hustle. And now Captain Xeno’s Earth Adventure.

The theme is fun and works on this slot game. The random bonuses are also nice and the free spins feature is pretty cool. Collecting those scatter to get more symbols when they split can really get the wins higher and higher. Because of these splitting symbols you can reach up to 100.000 ways in total.

I really like this game. So Play’n Go did a good job on their last 2021 release.

You can play and try out Captain Xeno’s Earth Adventure slot game yourself at Videoslots>>, N1Casino>> and Betsafe>>.