Play’n Go has released a new online slot game called Count Jokula. Of course the pun is that it uses a joker symbol and mixes it with Count Dracula.

I’m guessing this game is released for Halloween, because of the monster theme.

Count Jokula uses 3 reels that are each 3 symbols high and comes with 5 lines. It’s one of those classic 3-reel slots.

You will find several different fruit symbols, swords and chalices, a bat and also Count Jokula, which is the wild symbol. All symbols can appear stacked on all reels.

Count Jokula comes with a maximum payout of 8.350 times times your bet. Which is pretty high, especially for one of these slot games. 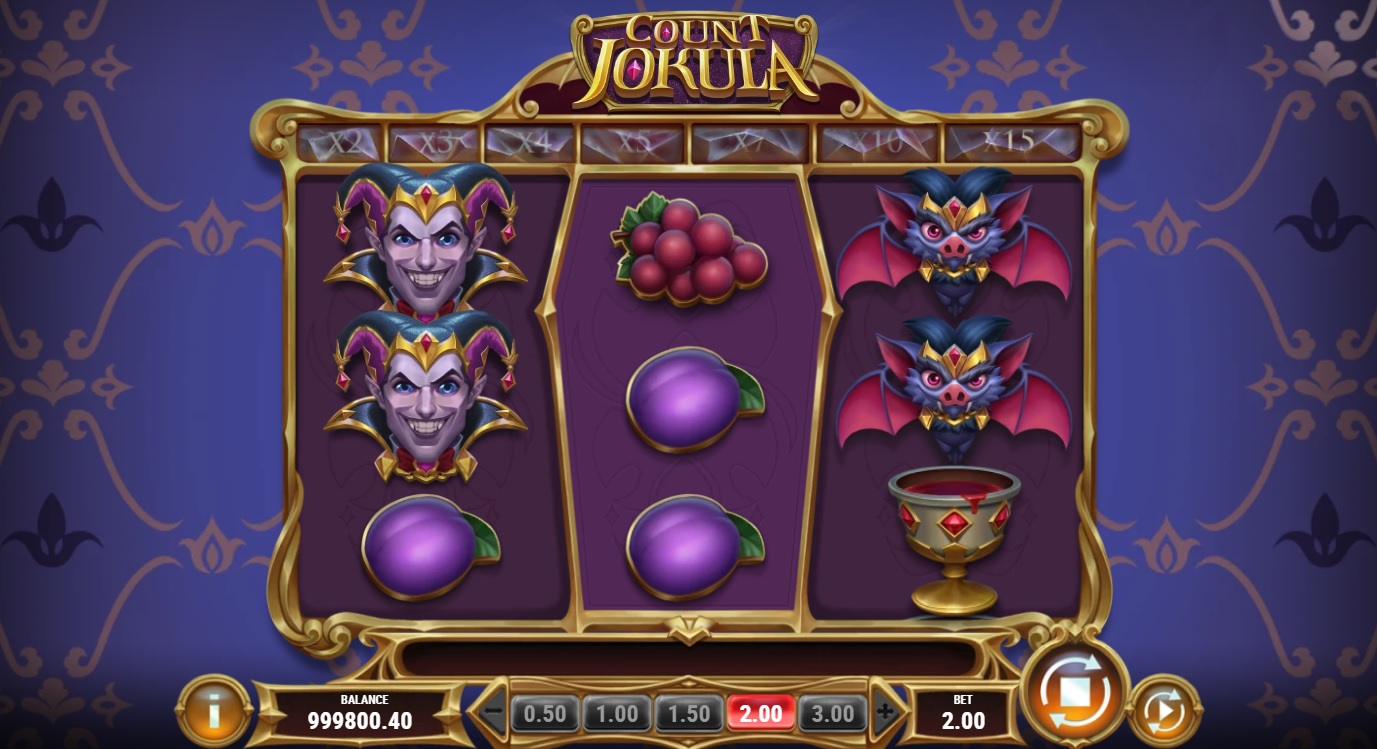 On any non winning spin, when one or more bat symbols appear on the reels, they may change into wild symbols, creating a winning combination.

As you might notice, the middle reel is in the form of a coffin. When you get a winning combination with a wild symbol on this middle reel, you will trigger the respin feature.

Each wild symbol on the middle reel will become sticky and the multipliers on top of the reels are now activated.

You will get free respins which will keep happening until no more new winning combination appears. After each winning respin the multiplier will go up, to a maximum of 20x.

The feature ends when no new winning combination appears, or when you reached the maximum of 25 respins. After this all is reset. 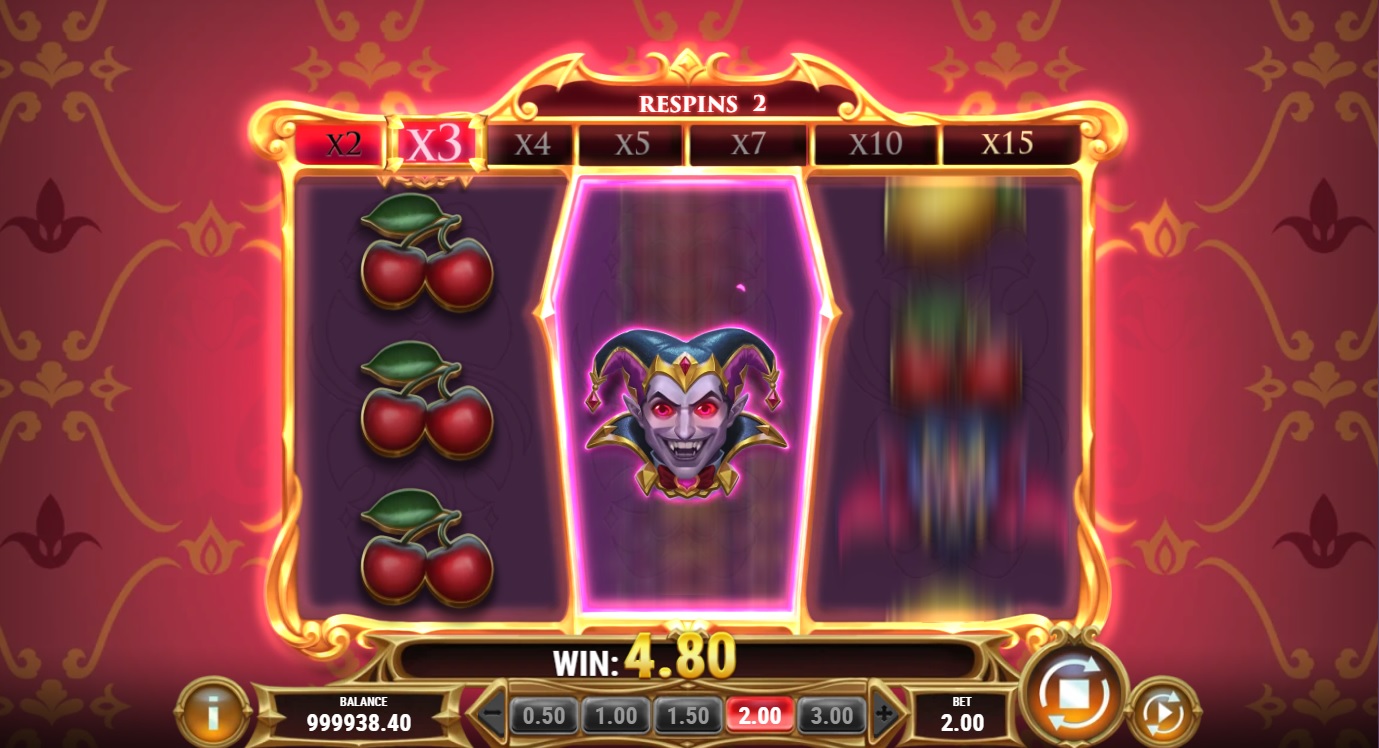 These 3-reel slot games are an acquired taste. A lot of players don’t like them because of how basic these games are. But there is a group of players that loves them and why providers like Play’n Go still releases them.

Count Jokula is pretty funny theme wise, but overall a bit boring. For me at least.

The respins are a nice addition and can also give you some nice wins. But that’s all there is.

But to be honest, the game does come with a big maximum payout of over 8.000 times bet. Which will probably attract more players.

See for yourself if Count Jokula is something for you. You’ll find the game at casinos like Casumo>>, Fun Casino>> or Wheelz>>.