Now there is another addition to this already impressive range of games, Dio Killing the Dragon.

Dio is a band that has been active for over 30 years and was founded in the early eighties by two ex band members of Black Sabbath. The Killing the Dragon part refers to their 9th studio album that was released in 2002.

The game uses 5 reels that are 3 symbols high and comes with 243 ways. The setup of the reels feels a bit strange, some are higher than others, but that’s just for aesthetic.

You will find 4 different suits and symbols like dragons, monsters and the lead singer. You can also find wild and scatter symbols on all reels.

Dio Killing the Dragons has a big maximum payout of 15.000 times times your bet. 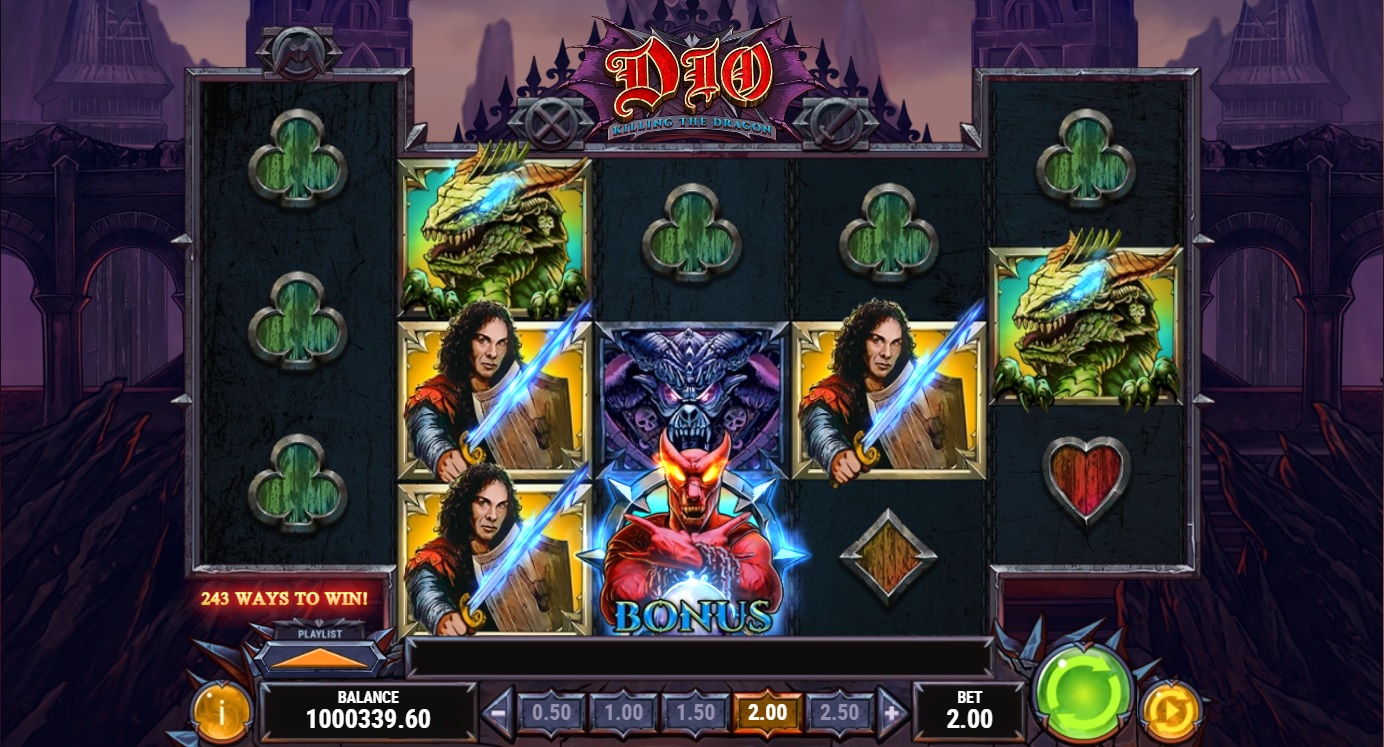 Lock up the Wolves

During the base game reel one will have a sort of cage around it. When a wild symbol lands on reel 1 you will trigger this feature.

The wild symbol is locked and all reels respin. The cage will now move to reel 2. And when a wild lands on that reel, it is again locked and the cage moves to reel 3 and the feature continues.

In total it can happen 4 times. Meaning you could get a locking wild on reels 1, 2, 3 and 4. After this the feature ends, even if a wild symbol lands on reel 5 after the fourth spin. 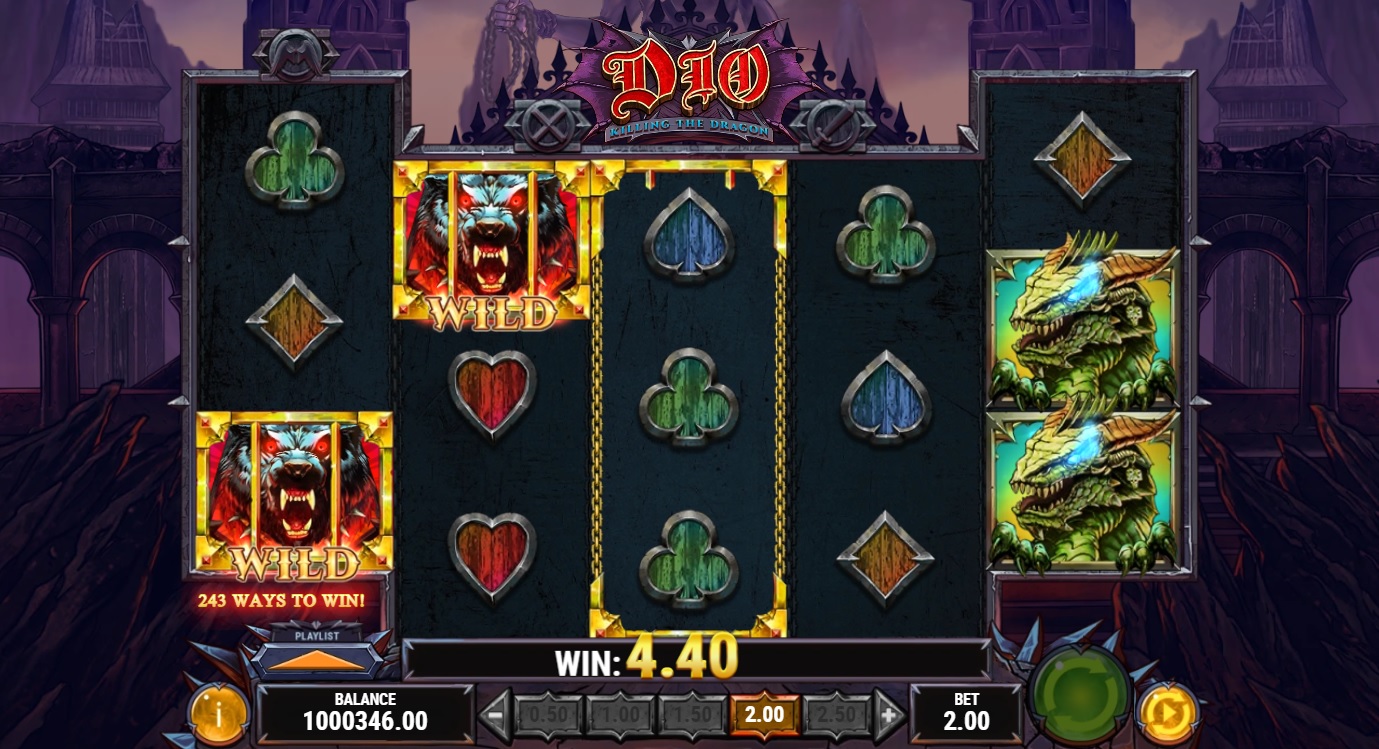 Now a special symbol can also appear on reel 5. When this symbol lands you will get 2 extra free spins and will also trigger one of three modifiers. 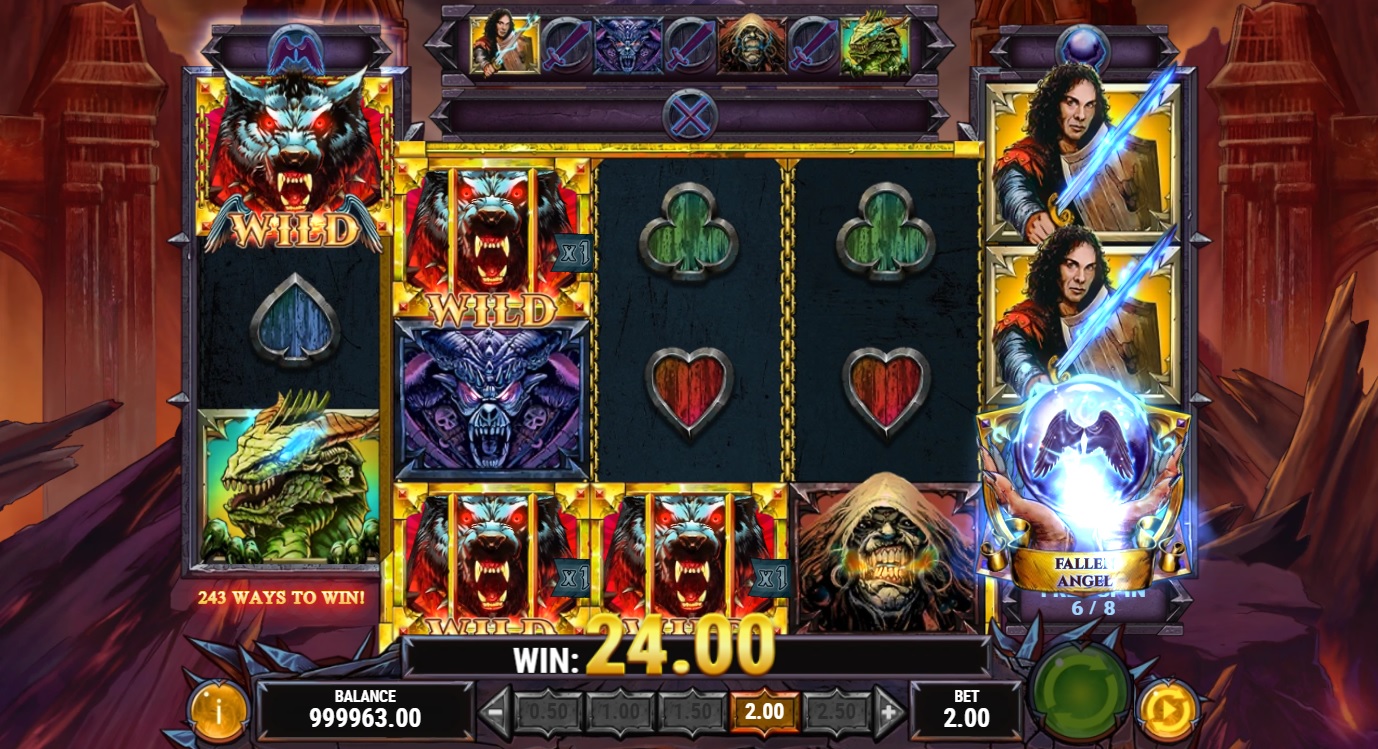 Which is a pretty nice game. I like that it used 243 ways and comes with those sticky wild and respins during the base game. But the free spins feature is even more fun. With three different modifiers that all have an advantage and can get some great wins.

15.000 times bet isn’t a small number, so big wins are possible on this slot.

Overall I think it’s a very enjoyable game. Maybe more enjoyable if you know the band or are a fan. But even without this, enjoyable.

You can play Dio Killing the Dragon at casinos like Yeti Casino>>, CasinoFriday>> and Casumo>>.