Back in 2018 Quickspin released a game called Eastern Emeralds. Now 4 years later they have added the Megaways mechanism onto this game. Which will now give us Eastern Emeralds Megaways.

The game comes with an Asian theme with all the symbols you expect. Against a background of an Asian mountainside.

The game uses 5 reels that are between 2 and 7 symbols high during each spin. Giving a minimum of 32 and a maximum of 16.807 megaways per spin.

You will find standard card symbols, the standard animals you might expect from an Asian themed game, like a dragon, turtle and fish. But also golden nuggets.

Wild symbols appear on reels 2, 3, 4 and 5. And will have a multiplier the same as the corresponding reel. And when more than one wild symbol appears in a winning combination, the wilds multiply each other.

Scatter symbols, which are a phoenix, appears on all reels. 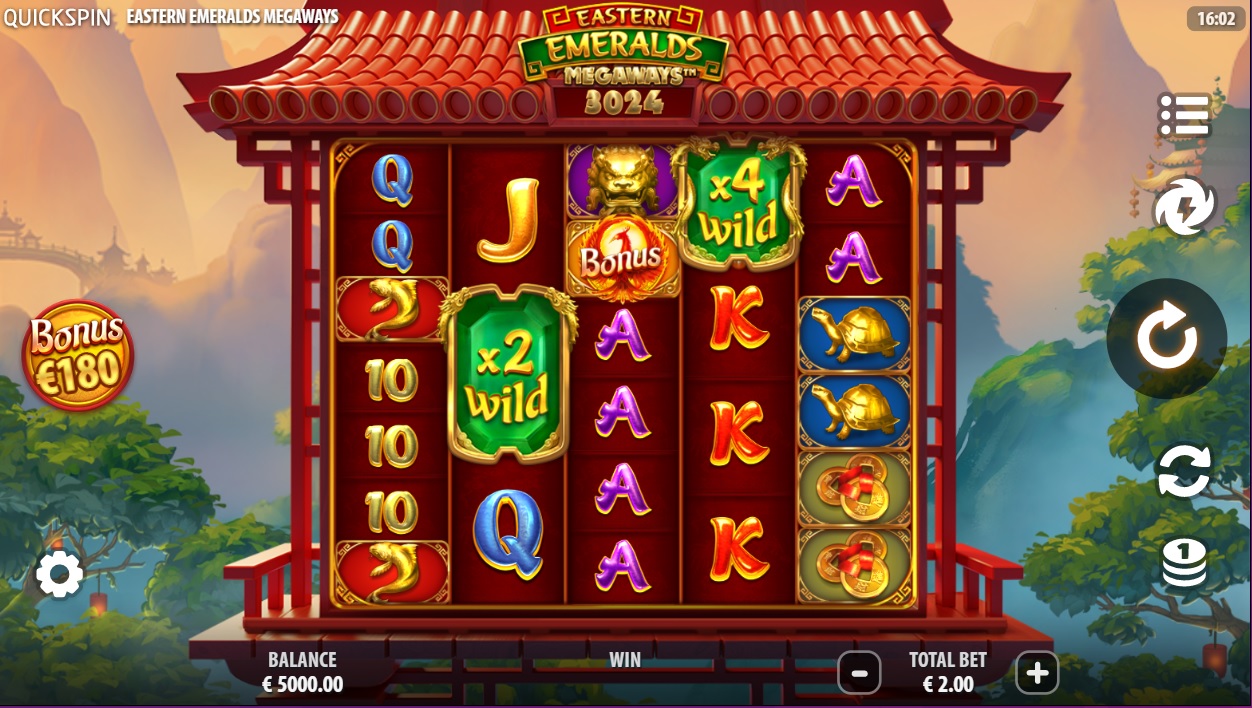 3 or more scatter symbols will trigger the free spins feature.

Before free spins start you get to pick your free spins and which multipliers the wild symbols will have now. 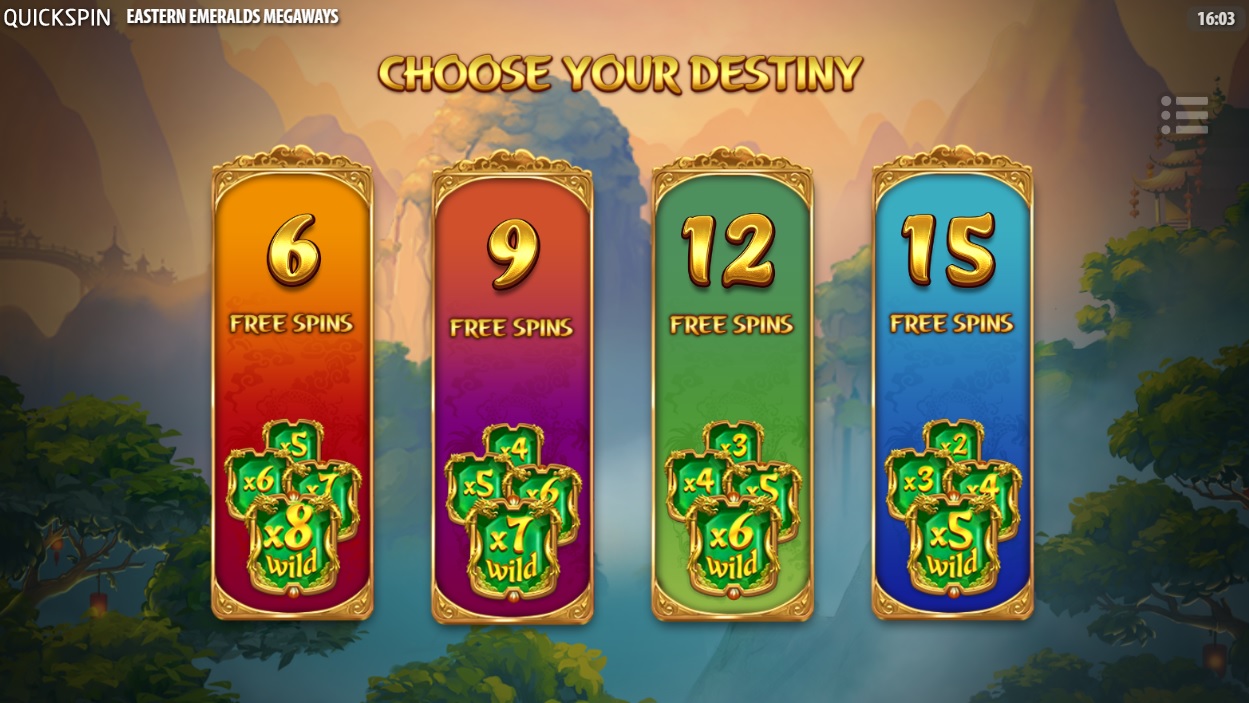 If you triggered the free spins feature with 3 or 4 scatter symbols you are also able to gamble the number of free spins after you picked. This will award a 50/50 chance of getting more free spins or losing all free spins. Of course this is optional and you can take your free spins between gambles. 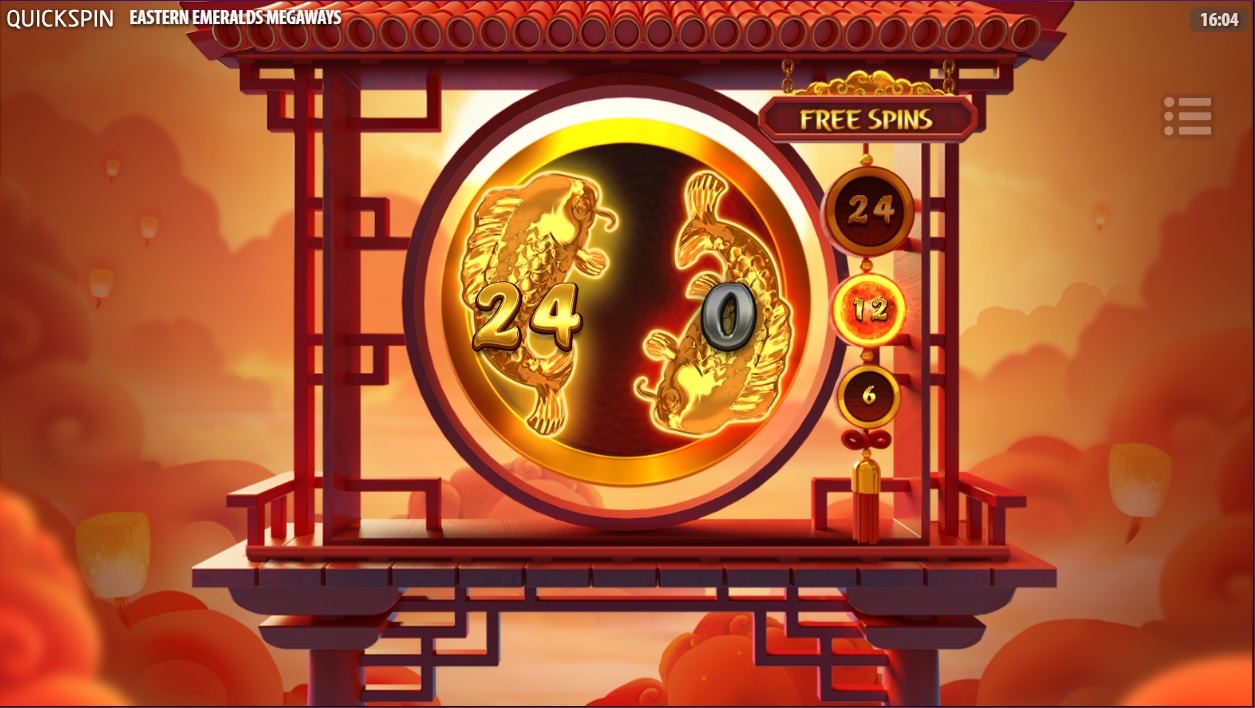 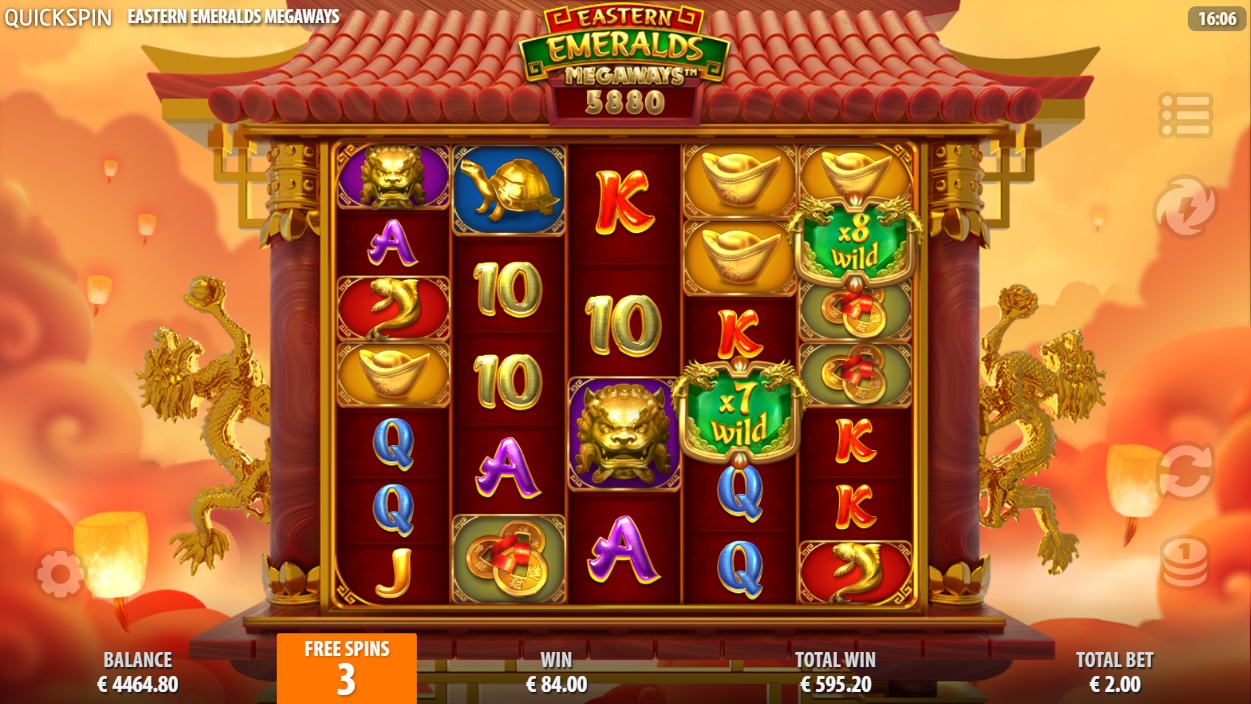 Some casinos will have the option to buy the free spins feature for 90 times bet.

Quickspin released an other slot game with a Megaways addition, Big Bad Wolf Megaways. And that game was very well received. So it’s no surprise they tried again with this new title.

But to be honest, the earlier game was a bit more exciting than this one. Eastern Emerald Megaways is pretty much the same game, but with added Megaways. Really nothing more.

Well ok, the gambling of the free spins is new. But the multiplier wilds and the picking of free spins is still the same. It is also too bad they didn’t add any tumbling symbols, that might have made it a bit more interesting.

But don’t think this means that it isn’t a great game, because it is. It looks amazing and plays great and even has an increased maximum payout. Not a huge difference, but still nice.

I really enjoyed this game and I think it will be another great title for Quickspin and even for Megaways lovers.

You will find Eastern Emeralds Megaways at Wheelz>>, Leo Vegas>> and Platin Casino>>.