It’s time for a new online slot game by Quickspin. And this time that’s Flip Royale.

This game doesn’t really come with a specific theme. It uses standard card symbols and all sorts of coins with different depictions like a horse from a chess game and a crown.

All symbols, except the scatter symbols, appear stacked on all reels. And especially for the coins this is interesting, because it will trigger a bonus.

Flip Royale uses 5 reels, which are each 3 symbols high and comes with 10 lines.

The maximum payout of Flip Royale is very low, only 433 times your bet. Which is very rare, we don’t see these low numbers anymore, especially from Quickspin. 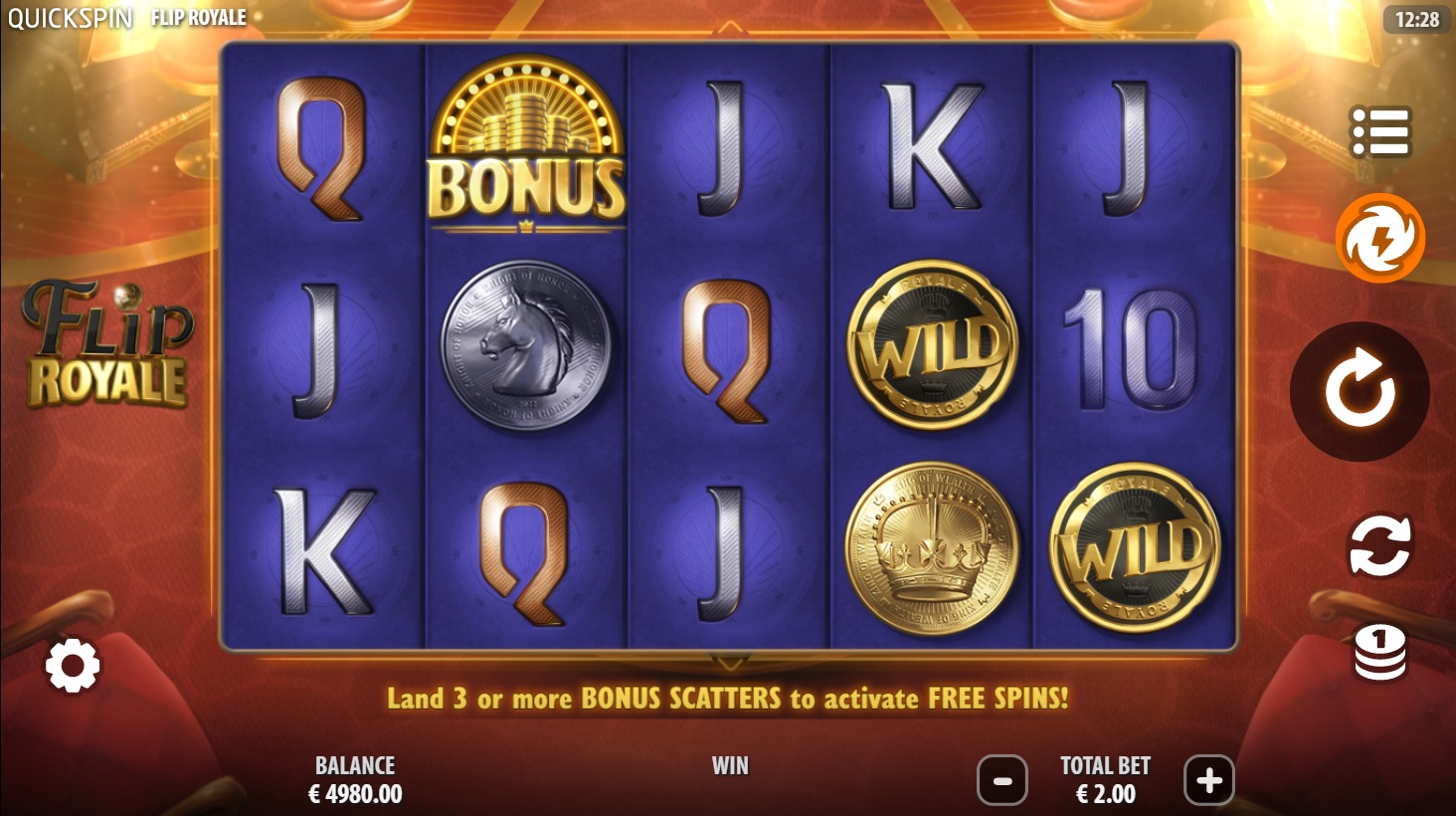 When a fully stack of the same coins appear on a reel, this feature is triggered.

If 2 reels with different coins appear at the same time (both reels need to have the same symbols, but can have different symbols from each other). Those symbols become wild and then all those wilds are cloned and placed on other spots.

When coins clone, they can also fill a new reel fully. This will then also clone again. 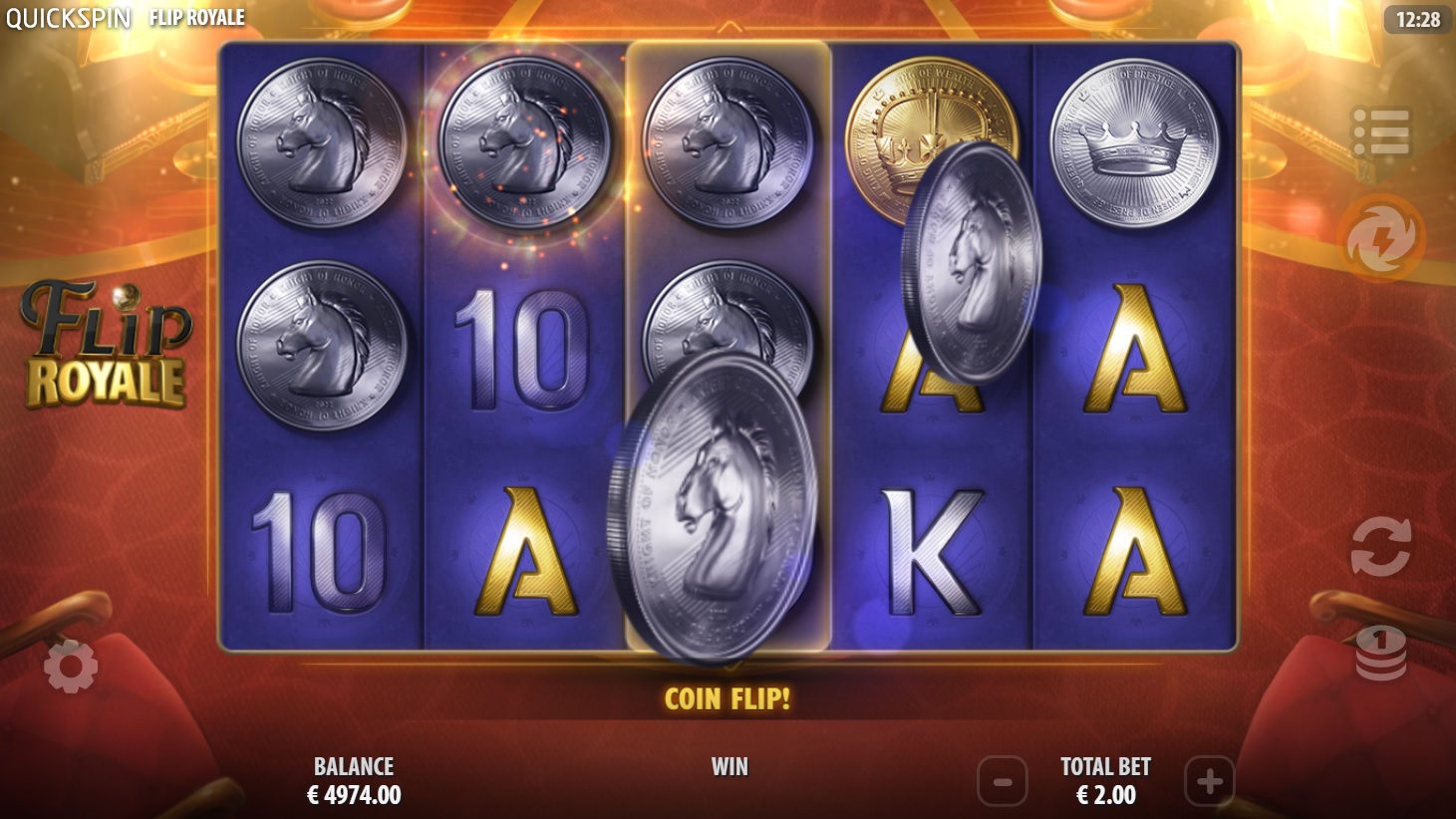 During the free spins feature a Coin Flip Feature will trigger on every spin.

You can’t win extra free spins during the feature. 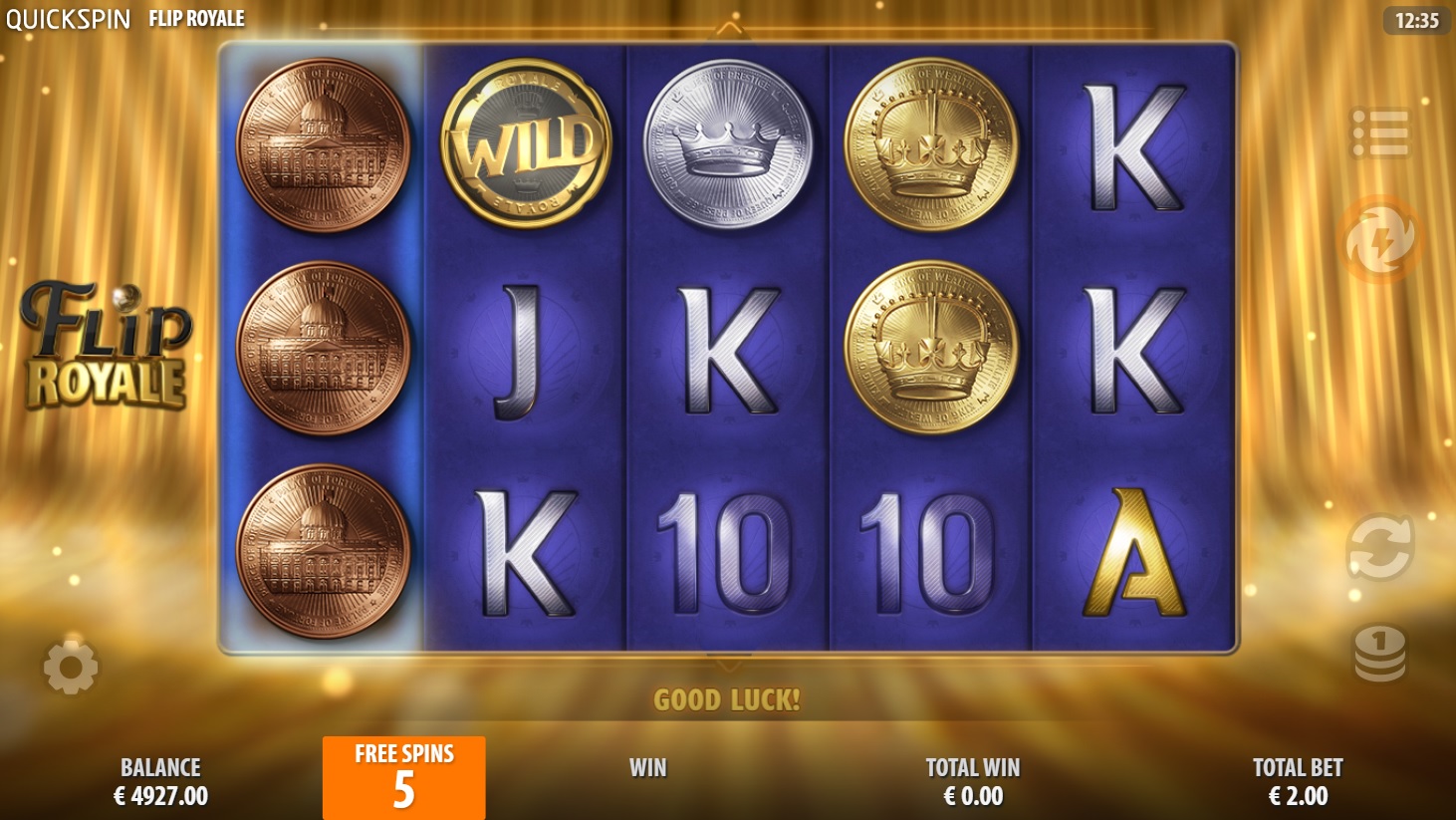 Flip Royale is a pretty fun game. Even though that maximum payout is very low. But I think that doesn’t always matter. I mean how often do you get wins of several thousand times your bet?

The game is pretty basic. Basic looking and also the features are not that special. But they are nice. The Coin Flip feature seems to happen pretty often, which keeps the game going. The free spins are a little harder to trigger, but are also fun. The feature is especially nice when two full reels of coins land. Because that means that you will get a lot of wild symbols on the reels, even 12 at most.

I think Flip Royale is one of those games to play in between the sometimes harder and tougher games. Not the game I might play all the time, but nice to give some spins and don’t drain your bankroll as fast.

You will find Flip Royale at online casinos like Casumo>> and Simple Casino>>.