In 1986 a Dutch movie came out called Flodder. This movie is based around a very antisocial family that is relocated to a very upstanding neighborhood. It’s a comedy and sometimes compared to the Beverly Hillbillies. But this Dutch movie was much more rude and crass.
It is also probably still one of the most well known and most popular movies ever in The Netherlands.

Now Red Tiger Gaming has released a game called Flodder. Which uses the characters from the movie as a theme. Probably focused on the Dutch market, but no worries, the game is fun for everyone.

The game uses 5 reels that are each 3 symbols high and uses 25 lines.

You will find standard card symbols and 5 different characters from the movie, Ma Flodder being the highest paying one.

There are also scatter symbols on all reels. Wild symbols don’t appear, but can appear during a random feature and during free spins.

The maximum payout of Flodder is 7.564 times your bet.

During the base game and the free spins feature, grandpa Flodder might appear at random.

He will add between 2 and 12 random wild symbols on the reels. 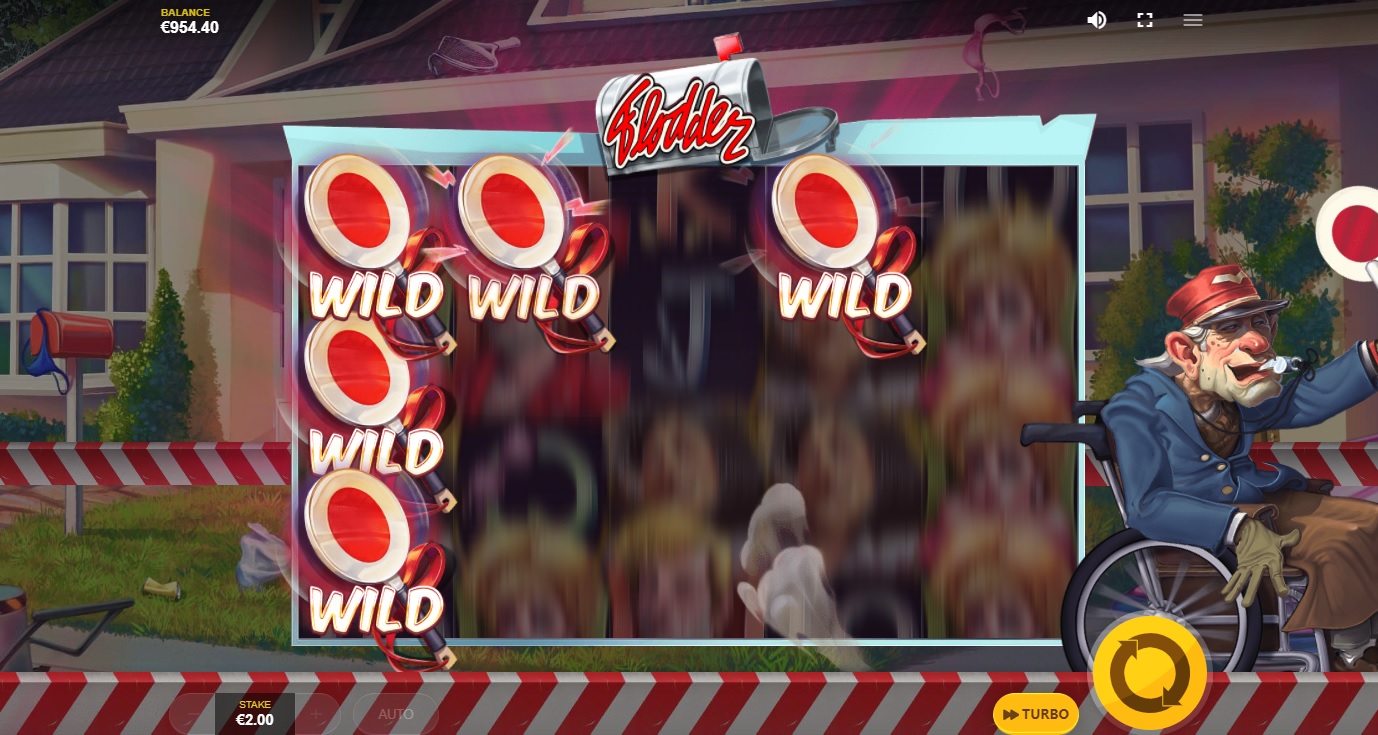 3 or more scatter symbols will award the free spins feature. You will be awarded with an initial 10 free spins.

Before free spins start you get to pick bottles to reveal extra bonuses for the free spins feature. You get the same number of picks as scatter symbols triggering the bonus.

These picks can reveal:

After you have picked the free spins will start with the revealed bonuses active. You can not win more free spins during the bonus. 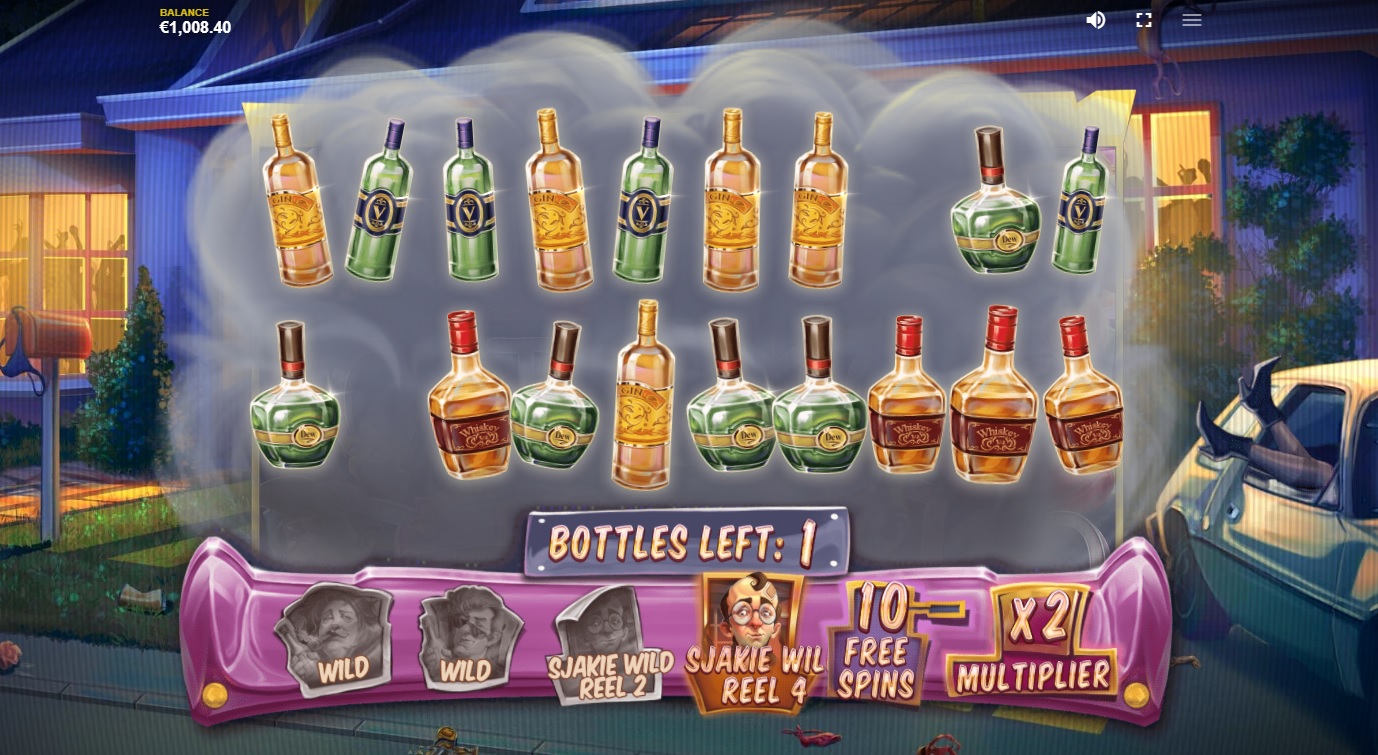 Let me start by saying I’m Dutch and Flodder is one of my favorite Dutch movies ever.

So I’m a bit biased, but I do think people that have never seen the movie can still enjoy this game.

Why? Because the features work very well and they have chosen a cartoon style and no original movie stills. And the graphics are a lot of fun.

The random wild symbols are a nice addition to a basic base game. And of course the free spins feature instantly reminds of Secret of the Stones by NetEnt and even Golden Fish Tank by Yggdrasil Gaming. But that’s a good thing, because get the right combination of extra’s and the game can really award some great wins. How about reels 2 and 4 wild and a higher multiplier. Or two extra wild symbols with one or more wild reels.

I think that every player can enjoy this game. Not just Dutch players.

Check out Flodder at CasinoFriday>>, Leo Vegas>> and Energy Casino>>.