Gates of Valhalla, a grid slot from Pragmatic Play

The theme of Norse Gods, Valhalla, Thor, Odin and everything related is very popular. Not only in movies and TV shows, but also in online slot games.

Now Pragmatic Play has released a new game that uses this same theme and it’s called Gates of Valhalla. It uses standard card symbols and the different gods represented by blocks.

This slot game comes with grid of 5 by 5 symbols. A winning combination consists of 3 or more of the same symbols that are horizontally or vertically connected.

The game also features “Free Spins” symbols on all reels and special wild symbols that may appear anywhere.

Any winning combination is removed from the reels. After this all symbols fall down and new symbols fall on top. Creating the option for another win.

More than one wild symbol may be used in a winning combination. The multipliers are added together.

During free spins a general multiplier is active which starts at x1. It will increase by x1 after each cascade. With no limit.

3 or more scatter symbols during free spins will retrigger the feature. 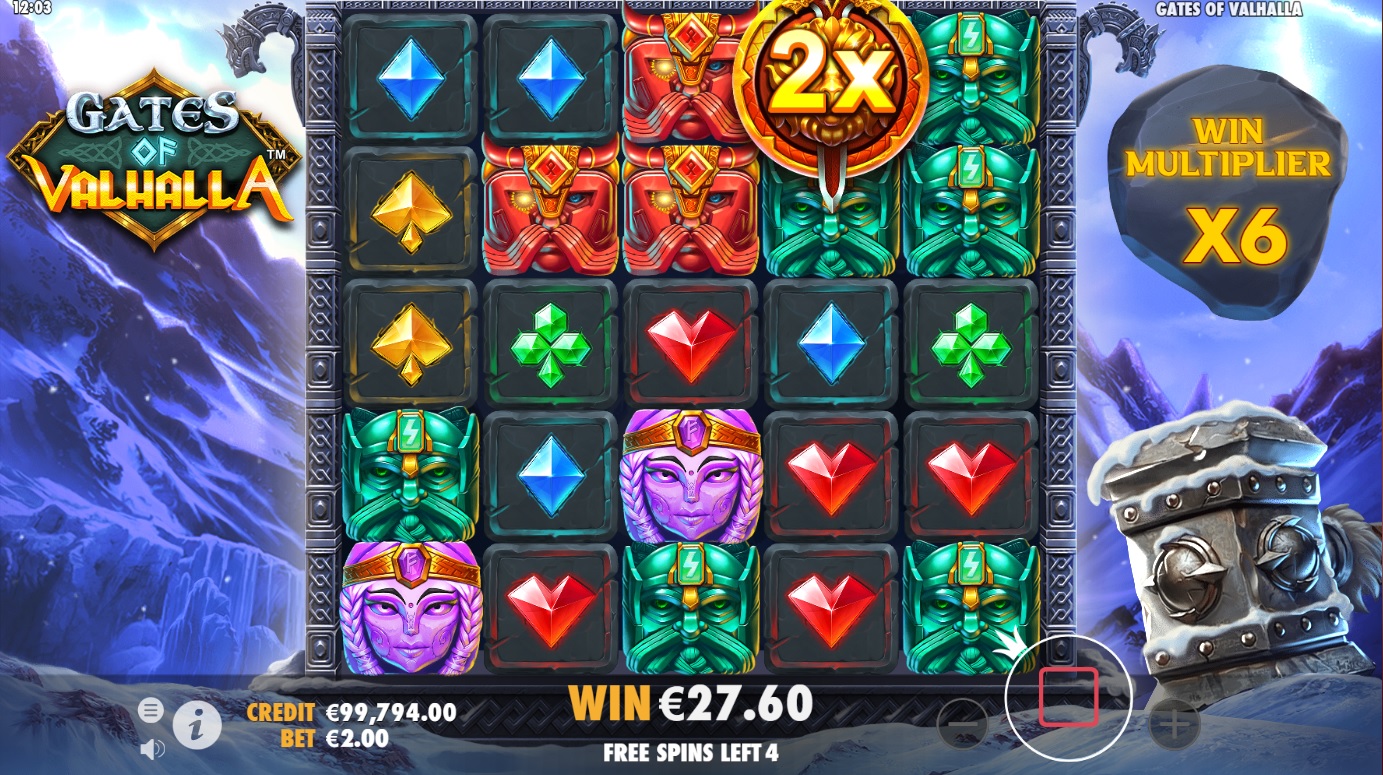 At some online casinos you are also able to buy the free spins feature for 100 times your bet. This will award at least 3 scatter symbols, but with the possibility of 4 or 5.

Of course we have seen this theme a lot already, but it’s a nice theme to use and I don’t think it’s used too often. It fits and looks great.

The way symbols pay feels a lot like Moon Princess by Play’n Go. Which is also a nice way to play. The wilds are a nice addition and can give some great wins during the base game. But especially the free spins feature can give some amazing wins. The increasing general multiplier on top of those multiplier wilds can really give some huge wins.

I think it’s a nice game. It might not appear to everybody because of the way the game plays. But I think a lot of players will enjoy this one. Especially those “grid” players.

Check out Gates of Valhalla at Videoslots>> or CasinoFriday>>.