Gigantoonz, a new one in the series by Play’n Go

Reactoonz is one of Play’n Go’s most popular slot game ever and also one of the best grid games ever. No wonder that Play’n Go decided to create more grid games, but also more games in the same series, with the same funny looking monsters.

Gigantoonz is played on a grid of 8 by 8 symbols, which is bigger than the normal 7 by 7. But now you need a 6-of-a-kind to get a winning combination. This needs to be horizontally and/or vertically connected.

All the same monsters are available as usual, including a new red one. And the wild symbol also still appears. 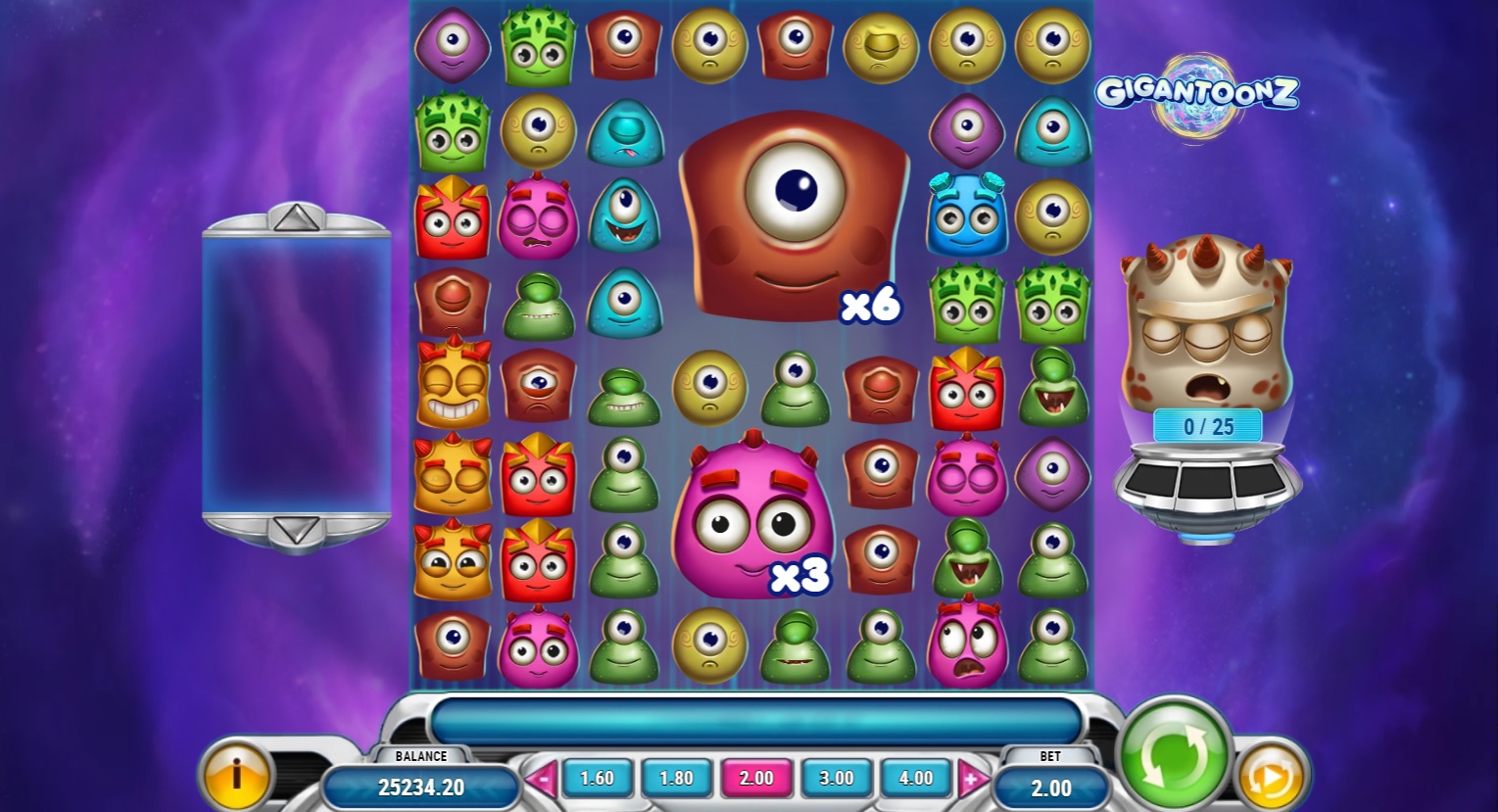 Winning symbols are removed from the grid and all symbols fall down. New symbols fall on top and you can get another win.

All symbols may also appear as Mega Symbols which can be 2×2, 3×3, 4×4, 5×5, 6×6, or 7×7 symbols big. A Mega Symbol only counts as one symbol, so you still need at least 5 more to count as a winning combination. But when removed the number shown on that Mega Symbol, which can be up to 13, is added to the total number of symbols removed.

So for instance. You get a Mega Symbol with an 8 and 5 single symbols. When removed it will pay as 6 symbols, but 13 symbols are added to the meter. As if 13 symbols where removed.

During any non winning spin between 5 and 10 random wild symbols may be added to the grid.

On the right of the game you will find a meter. Each symbol removed will fill that meter. Mega Symbols will add their value as number of symbols. This meter can reach up to 100 symbols. Each time you reach a certain level you will get a modifier. 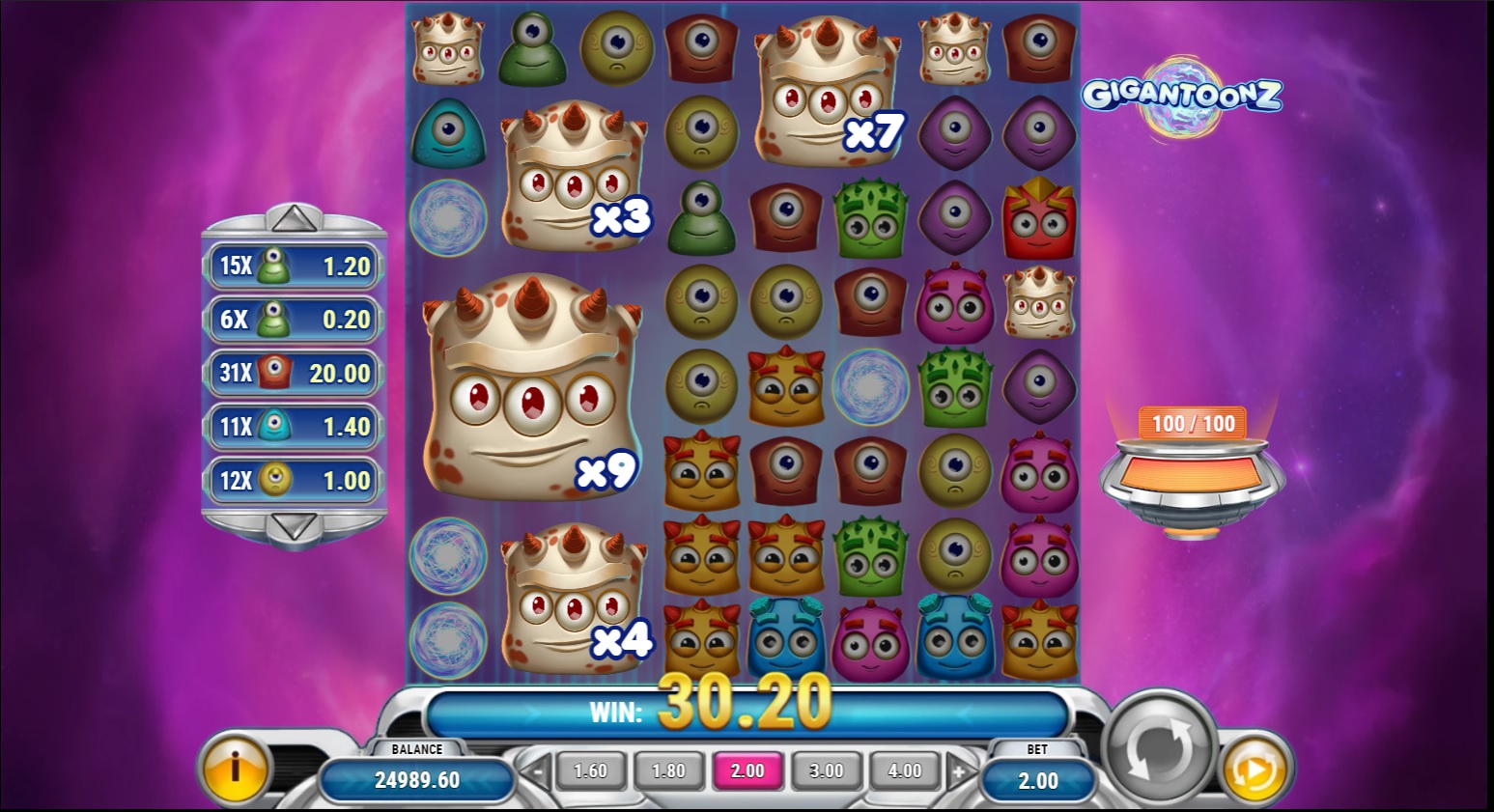 To be honest, I am not sure how long Play’n Go should keep releasing these Reactoonz follow-ups. They are becoming a bit samy in my opinion.

Let me start by saying that this one is a fun game but does have a feature that annoys the hell out of me. Those Mega Symbols. They are huge symbols that only count as 1 symbol, but have a number on them when collected. This is confusing, because when one of those big symbols appears it feels like, wow, a huge symbol. But it’s just one symbol. That feels strange and counter intuitive. Maybe it’s just me, but it really confused me on the beginning.

Also, all these grid games need a 5-of-a-kind, this one needs a 6-of-a-kind. Which can also confuse when you play a lot of grid games.

Other than that, I do think it’s a fun game and comes with the same type of bonuses we love about the original, especially the final huge wild symbols. But if this one really needed to be added, when we already had Reactoonz and Reactoonz 2, I’m not sure.

Check out Gigantoonz at top casinos like Casumo>>, Leo Vegas>> and N1Casino>>.