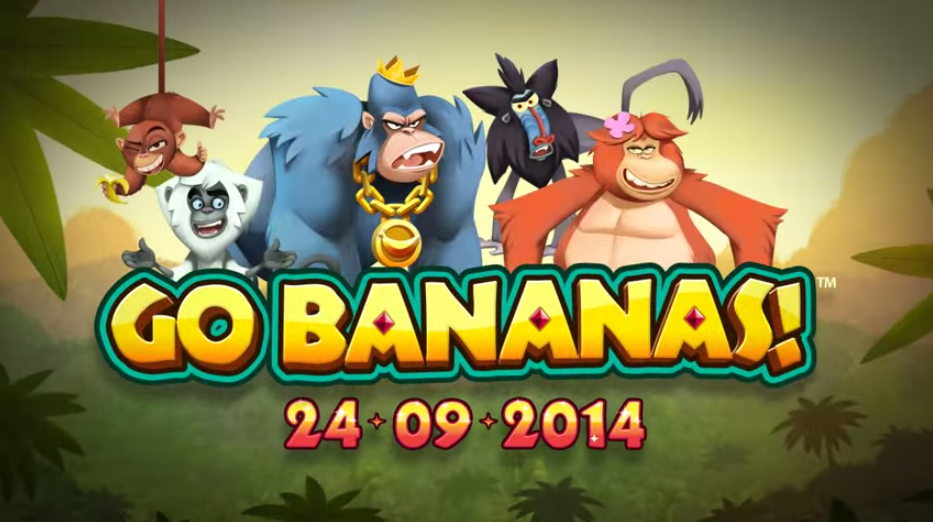 On September 24th NetEnt will release another slot game Go Bananas!. Probably together with South Park – Reel Chaos, which is also planned for September.

The game Go Bananas! was available for a short time as a beta version at Mr Green, so I have played the game a couple of times already.

The game doesn’t come with a bonus game or free spins feature, instead the game uses special wild symbols. There are 5 different monkeys and each monkey will give a specific wild pattern on the reels. You can get several of the same or several different monkeys at the same time.

NetEnt has released a gameplay video for this new game showing all features.

I enjoyed this game, but I have to be honest, I rather have games with some kind of bonus round or free spins feature. So I looking forward to South Park – Reel Chaos more than Go Bananas!. But that’s my opinion.