Goblin Heist PowerNudge comes with a fantasy theme of goblins, warriors, scrolls and castles in the background.

The game uses 5 reels which are each 3 symbols high and comes with 10 lines. But these pay from left to right, no matter where they start, so a winning combination can also start on reel 3.

The game does not come with any wild symbols. But does offer special Mystery Money symbols which can appear stacked on all reels.

Goblin Heist PowerNudge comes with a maximum payout of 4.000 times your bet, which is a decent amount. 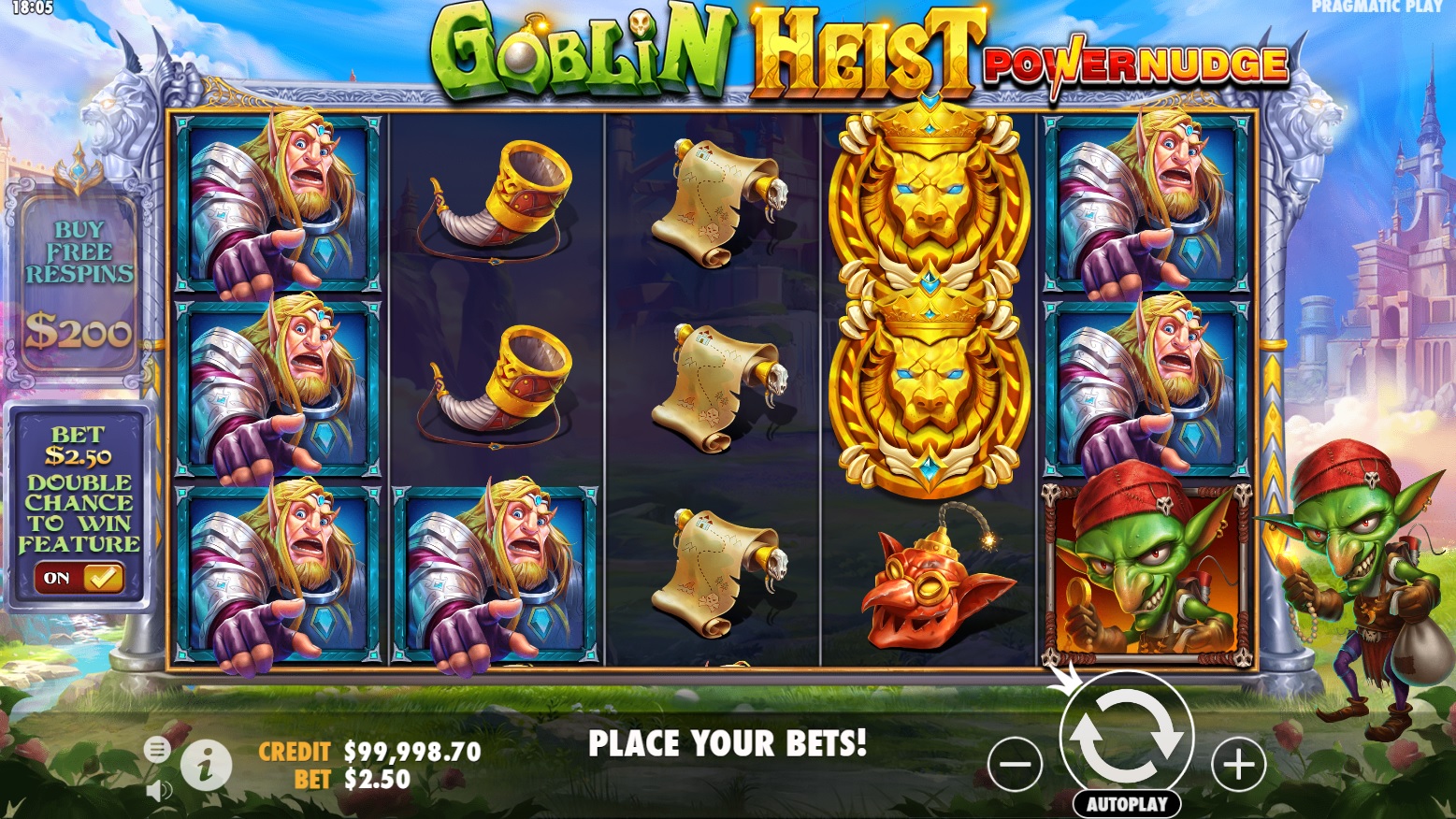 During any normal spin you can trigger nudges.

If you get at least 6 Mystery Money symbols you will trigger this feature.

All normal symbols are removed from the reels and only Mystery Money symbols appear.

Above each reel a multiplier of x1 appears.

After the multipliers are increased, the cash values are multiplied and you will receive this is a cash reward.

After this all symbols nudge down one spot and you get another respin. This will keep repeating until no more Mystery Money symbols appear on the reels.

You can activate a special bet for 25% your bet. This will increase the chance to trigger the Money Respin Feature.

Some casinos will offer the option to buy the free spins feature for 100 times your bet. This will guarantee a minimum of 6 Mystery Money symbols.

For players that already know Rise of Giza, you will see the similarities instantly. Especially the nudges during the normal play are exactly the same.

But the game is different enough to enjoy both. Because they added the Money Respins Feature. This is a fun variation on the popular and classic collection bonuses a lot of slots have these days. And I really like this feature.

I think Pragmatic Play really created a great follow-up on the first PowerNudge game. And if they can keep this up I will keep being interested in more games to follow in this line.

You can play Goblin Heist PowerNudge at Casumo>>, N1 Casino>> and Yeti Casino>>.