Hooligan Hustle is the latest and maybe the last 2021 release of Play’n Go.

It uses a hooligan theme. Of course this is mostly known in football, but somehow football isn’t mentioned in this game. It’s more two rivalry gangs fighting each other.

On any spin a random symbol might become a split symbols. This can be any symbol except scatter symbols.

All of those symbols appearing on the reels will split into double symbols.

Mystery symbols may land on all reels. All these symbols will change into one and the same symbol except scatter symbols.

Above the reels you will find the Rumble Row. A spot above each reel. 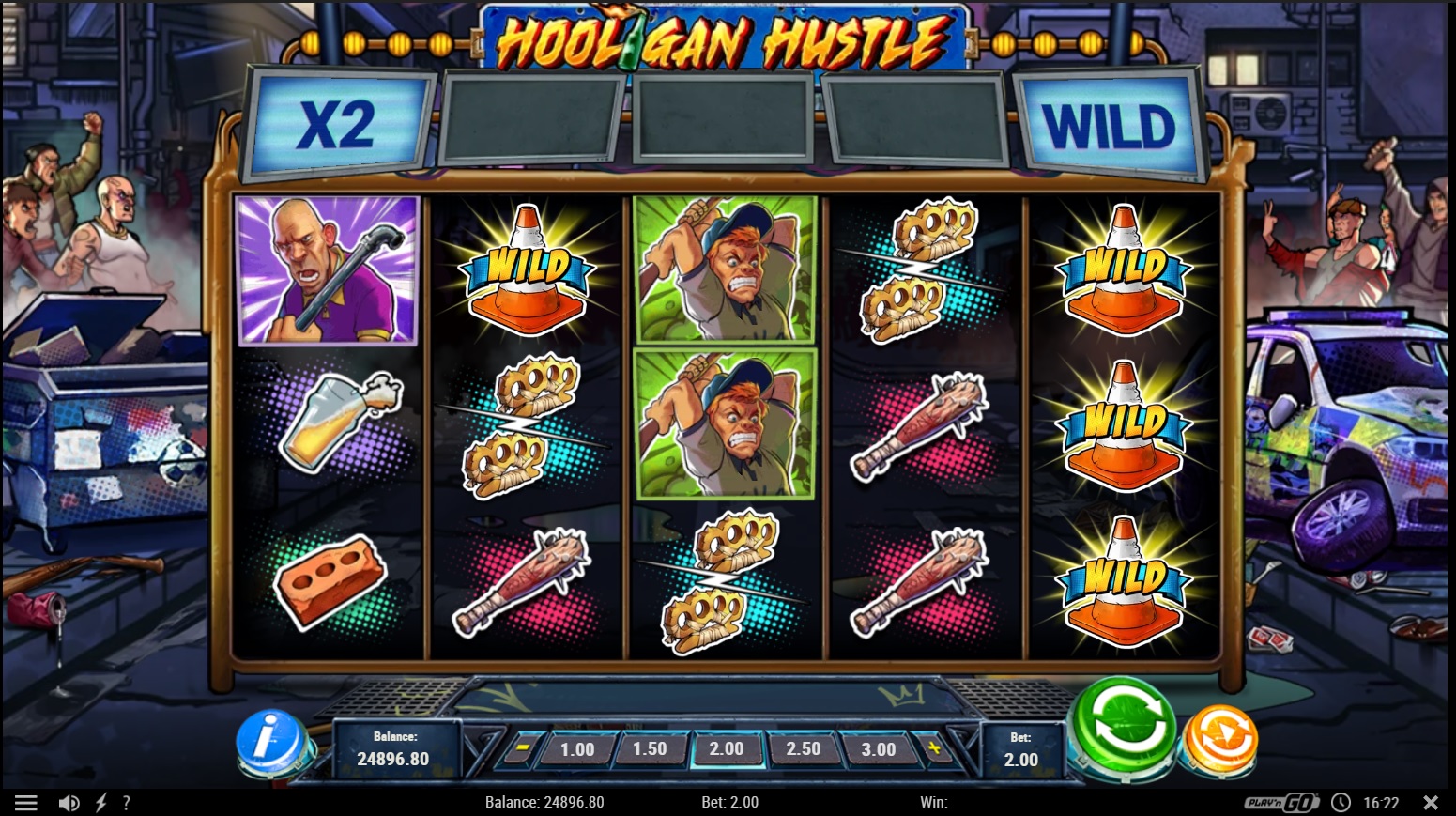 3 or more scatter symbols will award the free spins feature. Pick the feature you want to play.

While playing Hooligan Hustle I immediately thought of the Xways slot games by Nolimit City. Games like San Quentin and East Coast vs West Coast.

These games also have ways that can increase and special modifiers to give more rewards. But those games are very extreme. Hooligan Hustle is a but more relaxed somehow. Don’t get me wrong, the game is still very high volatile.

I think the game is great because of all those modifiers. It keeps it very interesting and exciting. And the game can pay out some huge wins, even during normal spins.

Of course the free spins feature is a bit tricky, because of course the 1 spin option has the biggest possible win, but that’s only one spin. So maybe try 10 or 5 instead if you are a little less extreme.

Hooligan Hustle is a great new Play’n Go slot game that really is worth a try. Although the theme might not appeal to all.

You will find this game at Leo Vegas>>, Videoslots>> and N1Casino>> .