Thunderkick doesn’t release new slots like crazy, as some other providers do. But they always seem to release very cool and interesting games that look amazing. And it seems Thunderkick really puts a lot of work into these games.

The new Lava Lava is no different.

This new games comes with a volcanic theme. A fiery background and standard card symbols and cool looking masks and some sort of fire queen symbol.

The game uses 5 reels, which are each 3 symbols high and comes with 15 lines.

You will also find scatter and wild symbols on all reels. 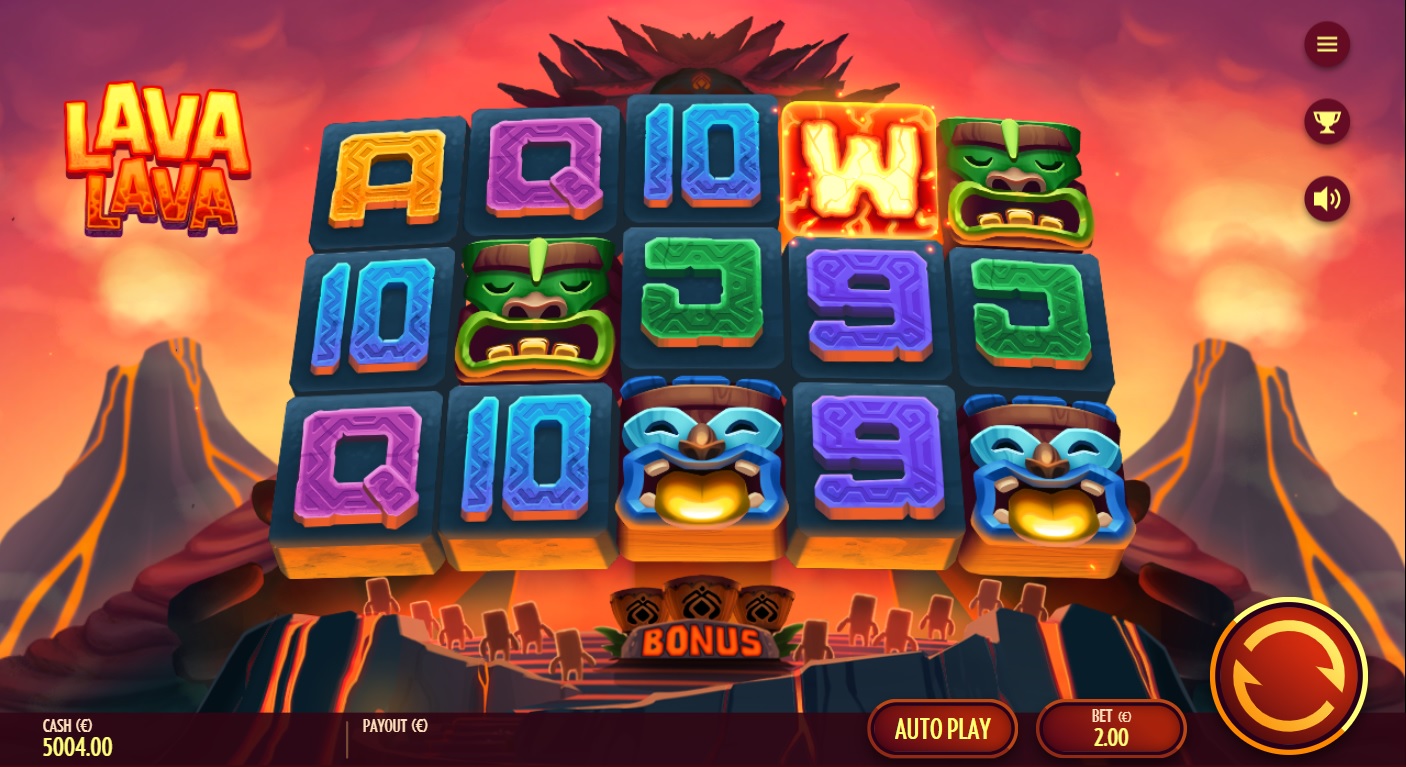 Lava Lava comes with avalanches which we’ve seen in many other games. But does work a bit different.

In the base game, when a scatter symbol appears, it will destroy all symbols that are horizontally or vertically connected and will also collect the scatter in a meter below. New symbols fall on top to create the option for another win. Avalanches will continue until no more new win or scatter symbols appears.

During the free spins feature avalanches will always happen, even if there are no scatter symbols.

Like I mentioned, scatter symbols cause avalanches and are collected. If you collect 3 of them you will trigger 10 free spins.

During each free spin between 1 and 3 random wild symbols are added to the reels. These wild symbols will not be destroyed during an avalanche, but will stay on the reels for 3 avalanches in a row, after this they are destroyed. 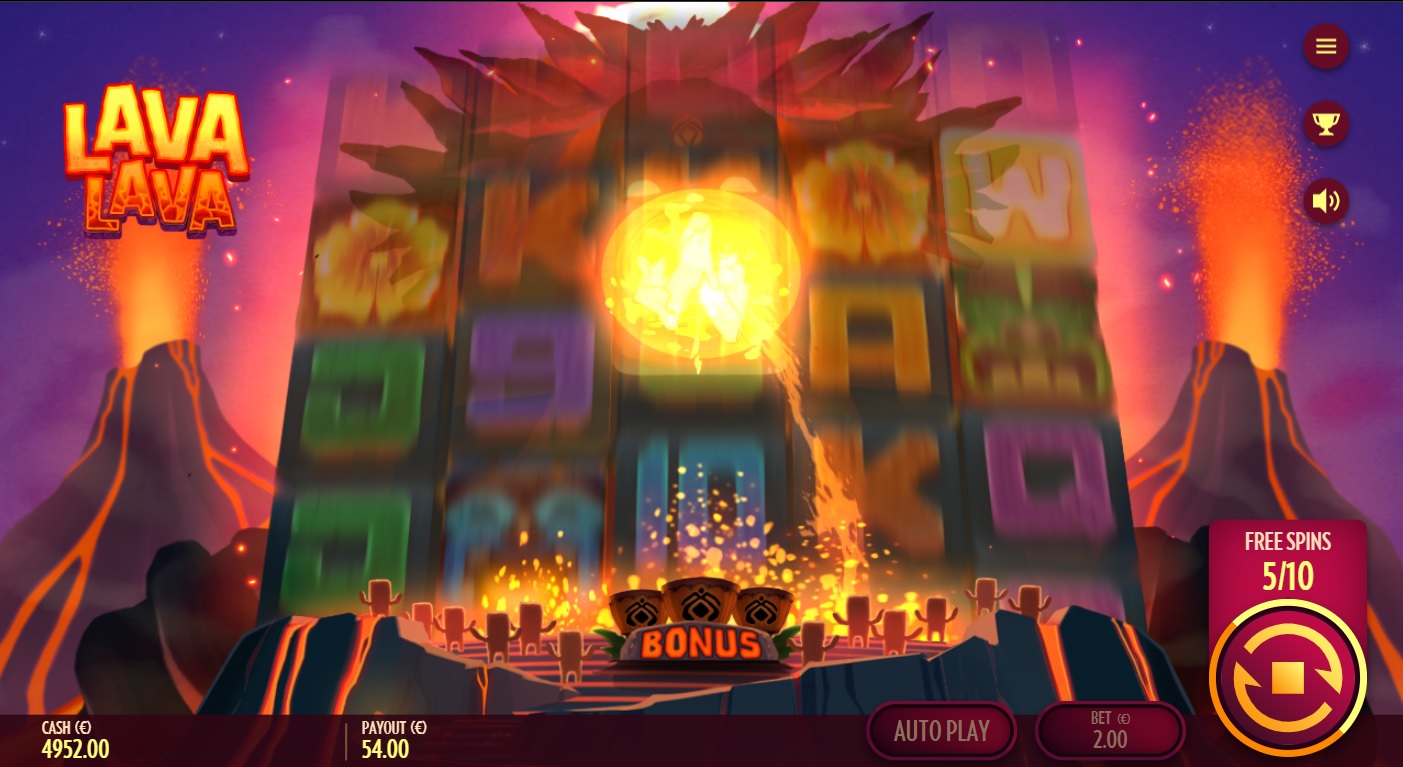 What I always love about Thunderkick is that their games are so recognizable. Even if you wouldn’t see the logo, you know you are playing a Thunderkick game.

Lava Lava also perfectly fits in their catalogue of games. It feels a but like those Beat the Beast series of games, with those random wild symbols and the fact that wilds multiply. But it is also different enough because of those avalanches.

Lava Lava looks great and comes with enough features to keep it interesting while playing. And a nice 10.000 times your bet maximum win does also help.