Back in 2017 Play’n Go released Moon Princess. A grid slot game that made an instant impact and was responsible for several spinoff games.

Now, 5 years later, Play’n Go has released Moon Princess 100. This is a new title, but not a new game, not at all. It’s almost the exact same game, but with 2 big differences surrounding the number 100.

This 100 version uses the same theme, setup and even bonuses. Even the three princesses Love, Star and Storm are back to trigger their features.

Moon Princess 100 is played on a grid of 5 by 5 symbols. Winning combinations consists of 3, 4 or 5 of the same symbols horizontally or vertically. No matter where on the grid.

Winning symbols are removed and all other symbols fall down. This can create multiple wins within the same spin. 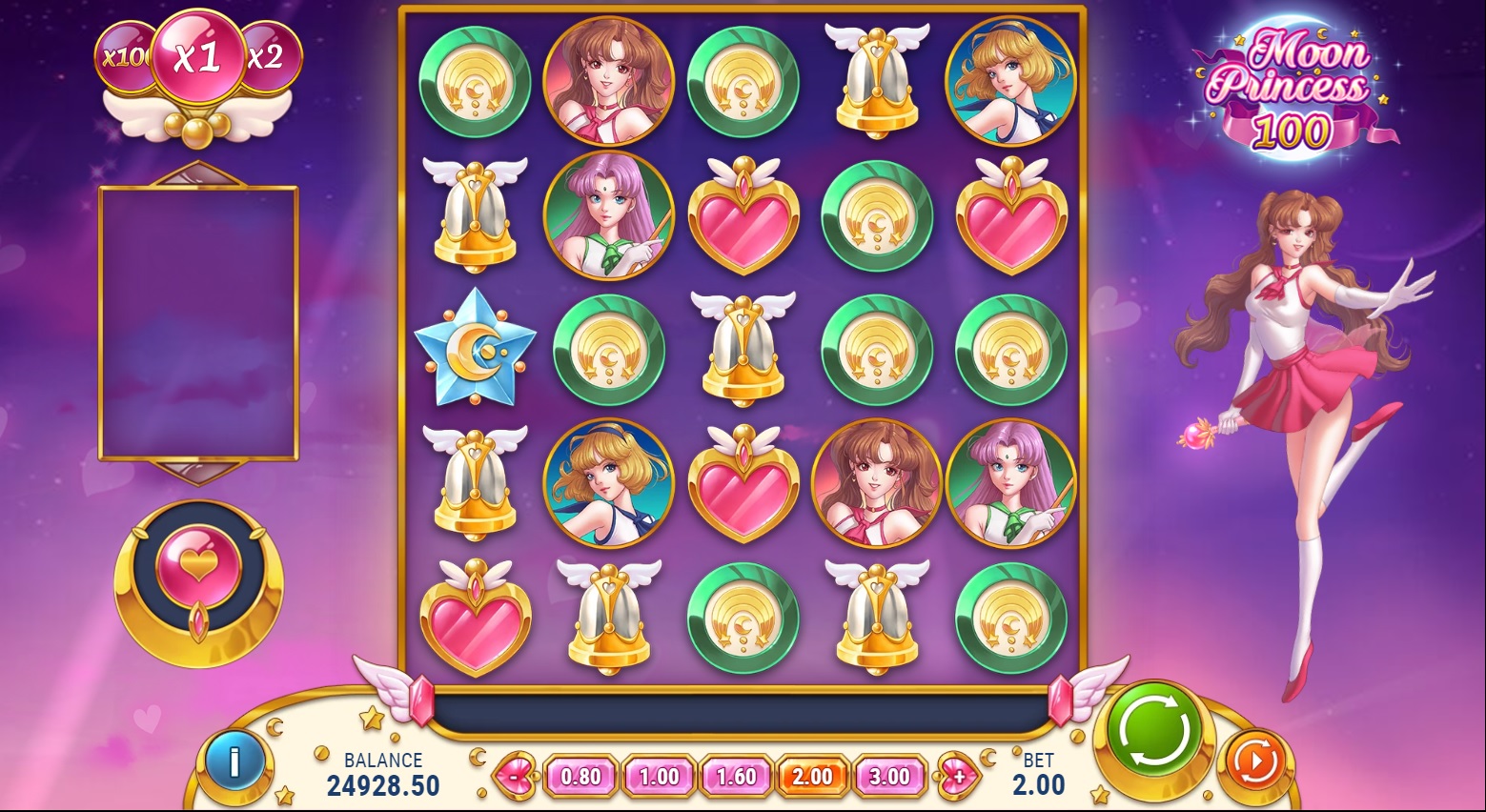 When a winning combination of exactly three symbols is removed, the middle symbol will leave behind a wild symbol.

After each cascade the multiplier will go up by x1. And can now go up to x100 instead of the x20 from the original game.

On any non winning spin the active princess might become active and trigger a random feature.

Next to the grid you will find a meter that consists of three parts. Any winning combination of 3, 4 or 5 princess symbols will fill the meter with 1, 2 or 3 spots respectively.

When you fill the meter you will get 1 free spin where each princess will activate its feature, one after the other. If you manage to clear the entire grid during this bonus you will trigger the free spins feature.

If you cleared the grid with the Princess Trinity bonus you will get to choose one of the three princesses to act as the active feature during free spins.

Each non winning spin will now guarantee to trigger the chosen princess bonus. 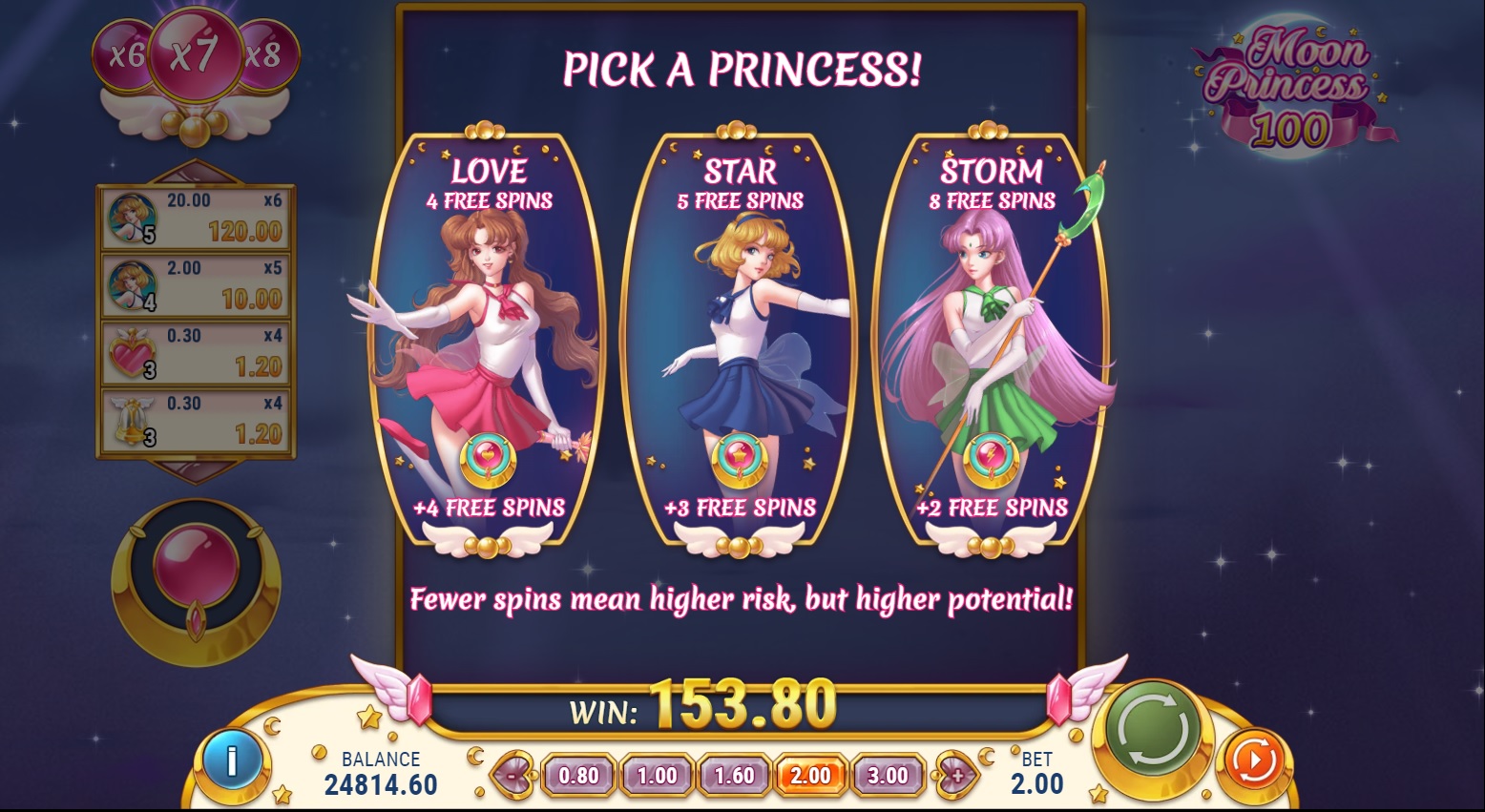 As you might have notices or when you are familiar with the original Moon Princess game, the only two difference between that one and this new one is that 100 number.

Now you can get the multiplier up to 100x. And during free spins you can now retrigger up to 100 free spins. And that is absolutely the only difference.

But it’s a big difference, because going from x20 to x100 can really make a huge difference in payout. And if you played Moon Princess, you must have reached x20 and was a bit disappointed that it didn’t go up higher. Well now it does.

For the rest, Moon Princess was already an amazing game and since nothing about the gameplay changed, this one is also great.