It feels like Play’n Go is a bit late to the party, but they have now also released their Christmas slot game for the year. And like many other providers they have chosen to use an earlier game and reskin it, that earlier release was Scroll of Dead by the way.

Naughty Nick’s Book uses one of those cartoon themes that feel very British. A bit of a bad Santa idea. It’s a specific style that doesn’t appeal to everyone, including myself.

As you might have guessed from the title already, it’s one of those “Book” games.

The game uses 5 reels that are each 3 symbols high during the base game, giving 10 lines.

Besides standard card symbols you will also find all sorts of shady Christmas characters, including a greedy Santa. There is also a special wild/scatter symbol, the book. Which counts as both wild and scatter at the same time.

Naughty Nick’s Book comes with a maximum payout of 7.500 times your bet.

Getting 3 or more scatter symbols will trigger the free spins feature.

You are awarded 8 free spins. Before free spins start 1 random symbols (not scatter/wild) will be chosen to become a special expanding symbol.

The expanding symbol pays on any reels, no matter the order on the reels. 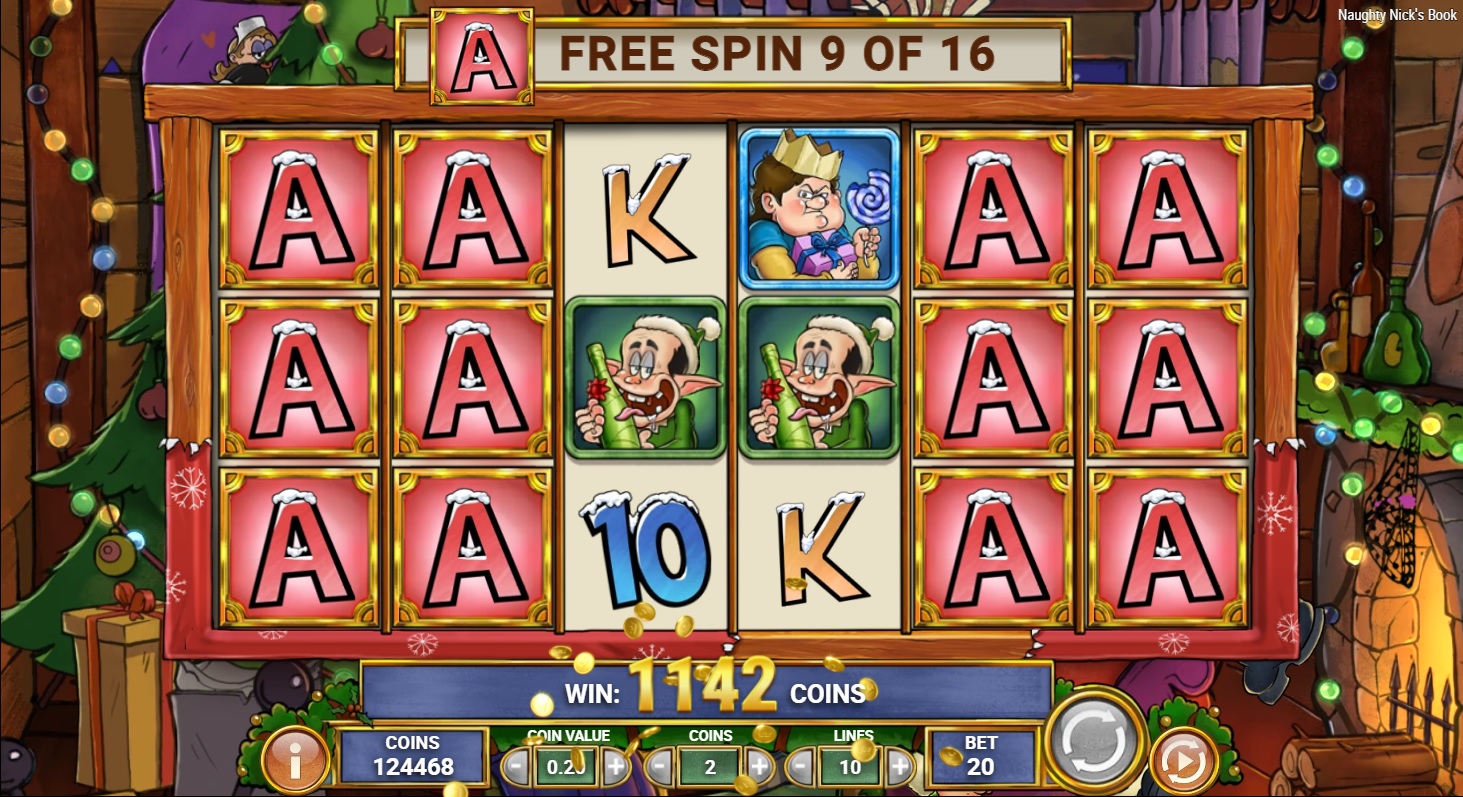 To be honest, there isn’t that much to say about this game. It’s another one of those “Book of” games and also a reskin of an earlier game.

You like these games or you don’t. I personally do and I like the 6th reel on this one.

The theme is not my cup of tea, but I can see past it.

So check out Naughty Nick’s Book now at casinos like Energy Casino>>, Wildz>> and Leo Vegas>>.