I haven’t posted about Red Tiger Gaming releases in a while. But when I came across their latest slot release, Athens Megaways, I thought it was time to do again.

As you might guess from the name, Athens Megaways uses a Greek theme. And in this case a theme surrounding the Greek gods on Mount Olympus. A theme that has been done before and always seems to work for any online slot game.

Athens Megaways uses 6 reels that are between 2 and 7 symbols high during each spin. This setup will give a minimum of 64 and a maximum of 117.649 ways per spin.

You will find standard card symbols and pretty basic Greek themed symbols like a harp, pot and horse. Free spins symbols can appear on all reels. Wild symbols can only appear during special bonuses.

Athens Megaways comes with a very big maximum payout of 19.992 times your bet. 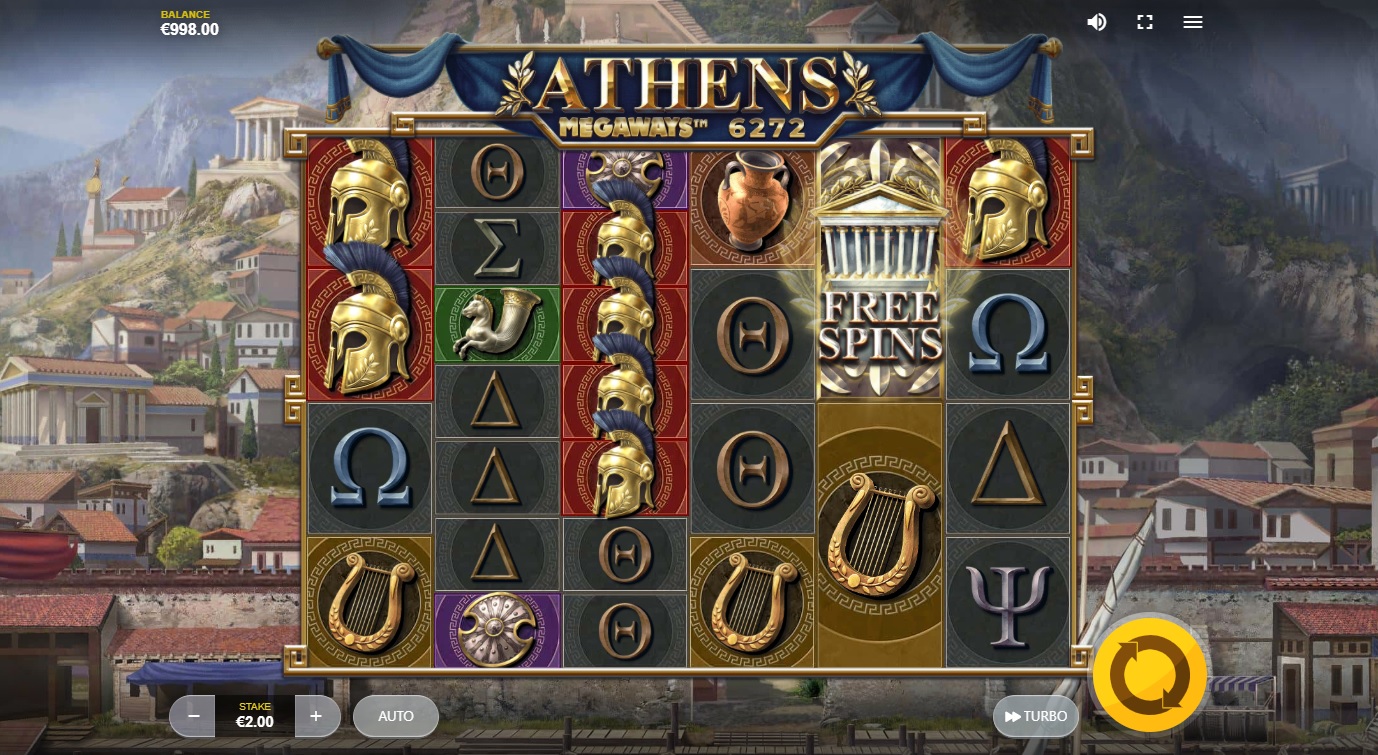 At random one of three features can be triggered during any normal spin.

This bonus is associated with Hades. Between 2 and 9 random wild symbols will be added to reels 2, 3, 4 and/or 5. 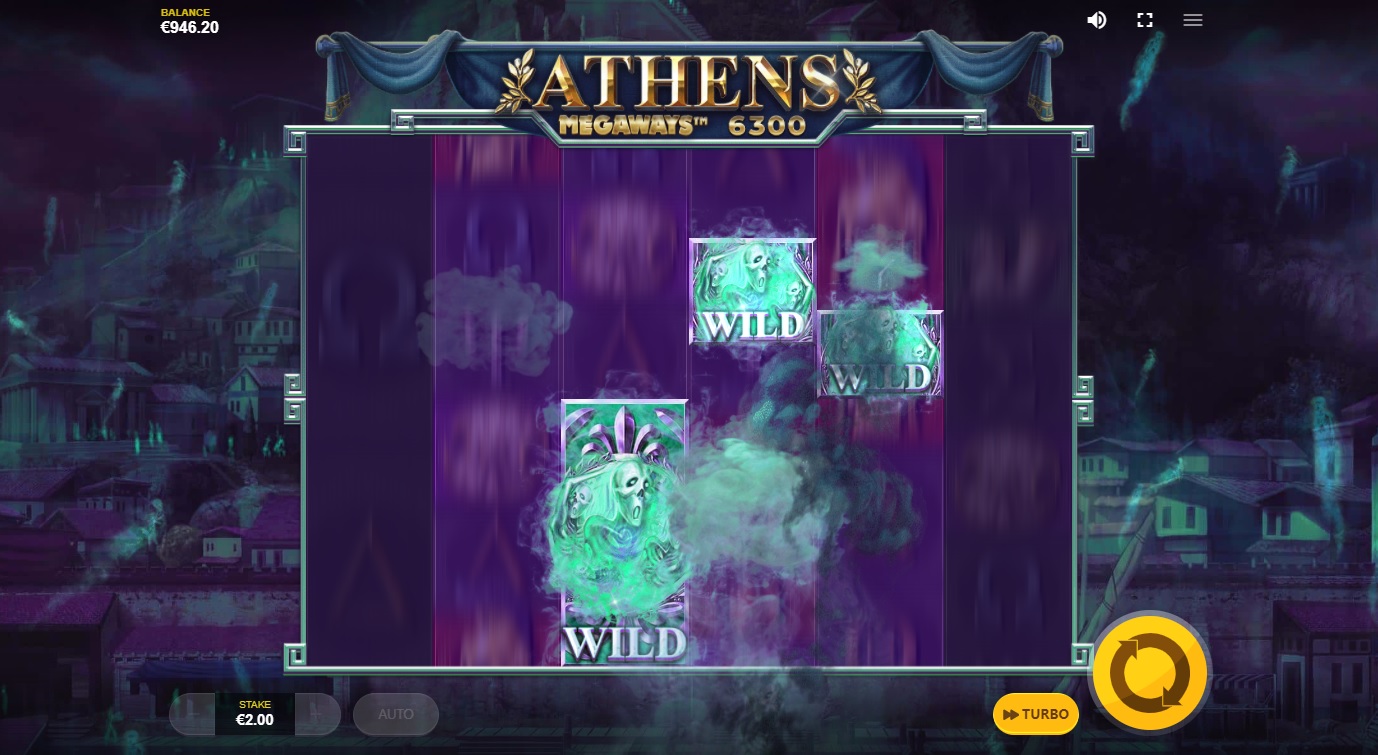 This bonus is associated with Poseidon. Between 1 and 3 full reels will become wild on 2, 3, 4 and/or 5. These wild reels will have a multiplier of between x2 and x7. 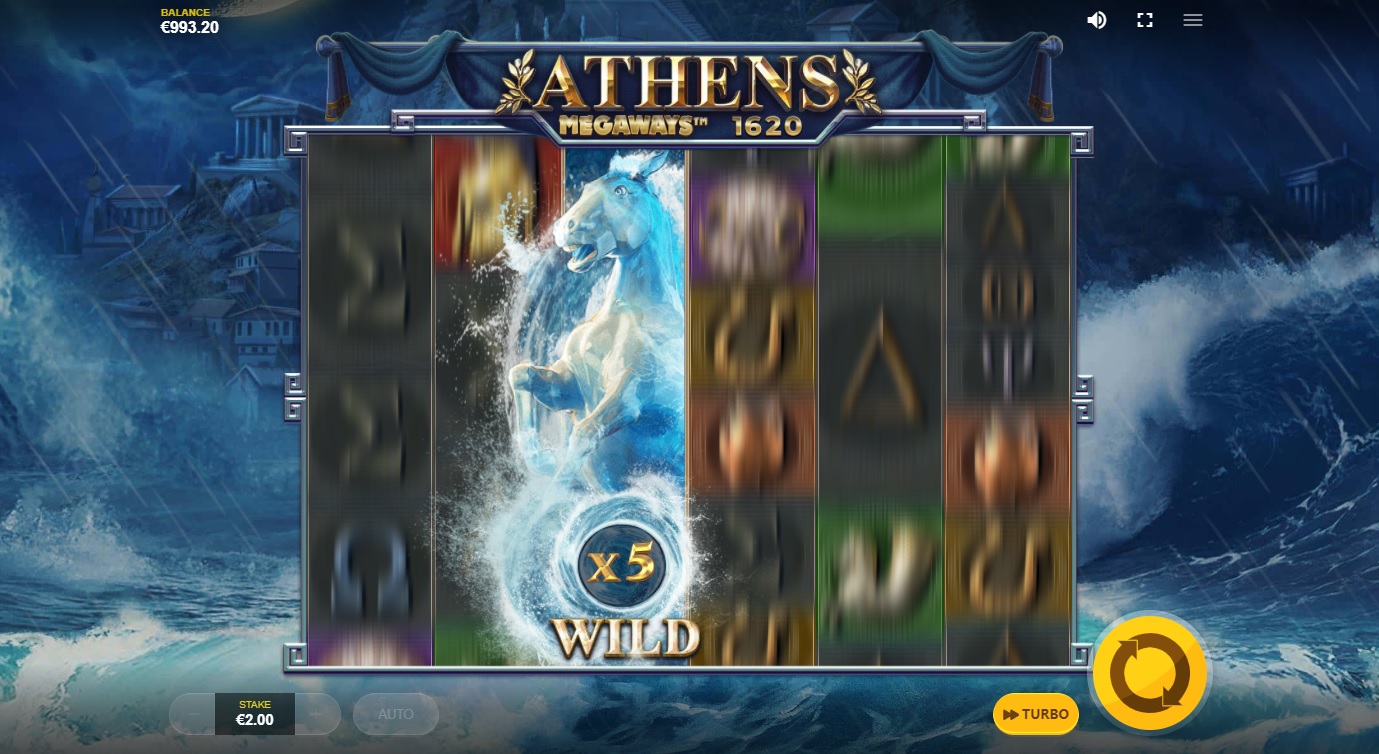 This bonus is associated with Zeus. A random multiplier of between x2 and x5 is activated, which will increases by x1 after each winning tumble to a maximum of x20. The feature ends when no more winning tumble appears. 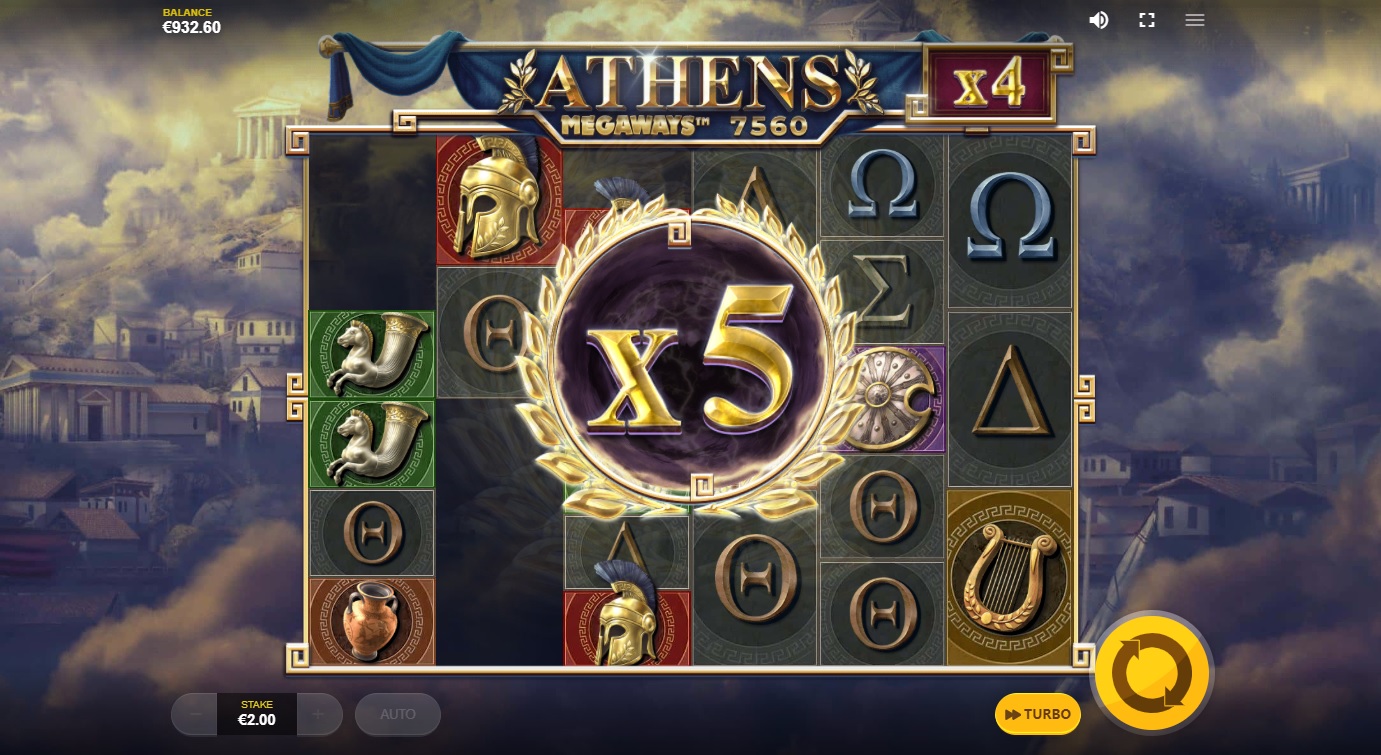 Before free spins start you have to pick one of three temples to reveal either Soul Pit, Sea Fury or Olympus Fury.

The revealed feature is the only feature that is active during free spins and will occur much more often.

An overall multiplier is also active, which starts at x1 and is increased by x1 after each winning tumble, up to a maximum of x20. This multiplier doesn’t reset between free spins.

If the Olympus Fury feature is active, any multiplier appearing will be added to the overall multiplier, but is still at a maximum of x20 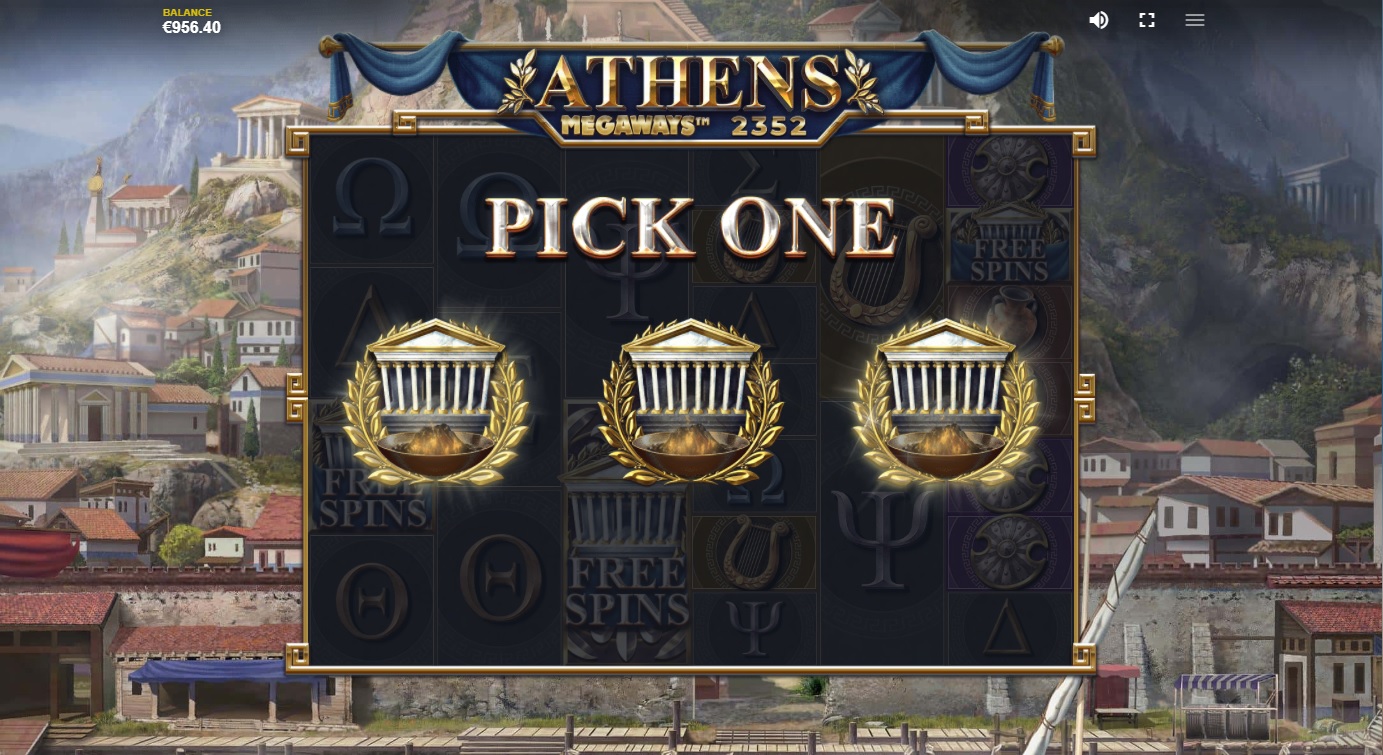 Let me start with the theme. The Greek theme and even the Greek gods theme has been done pretty often. Similar games that use ancient gods and themes are for instance Apollo Megaways and Divine Fortune Megaways. But I do have to say that Athens Megaways does look a little bland. The color are all brown and dark. I think the game really could have used some more color.

The random bonuses are also nothing new. There are more Megaways games that use it. But they are fun features and can give some great wins. During free spins the activated bonus does appear a lot more often, sometimes even every free spin. Which is nice. But the one with the multiplier could have been better if the multiplier wasn’t capped at x20.

Also, don’t forget this game has a maximum payout of almost 20.000 time bet, which is pretty high.

Overall Athens Megaways is a good game. It’s nothing new and nothing we haven’t seen before, but it all works well.