When I saw this new slot game by Play’n Go I thought it was a branded game from some type of animated tv show, like for instance Bob Burgers. Turns out it isn’t, it just looks like that.

The game revolves around a food truck, which is probably called Fat Frankies. And you will find all sorts of food items like fries, a hot dog and a hamburger together with standard card symbols which are different colored milkshakes.

It comes with 5 reels which are each 3 symbols high and uses 243 ways. All normal symbols may appear stacked on all reels. 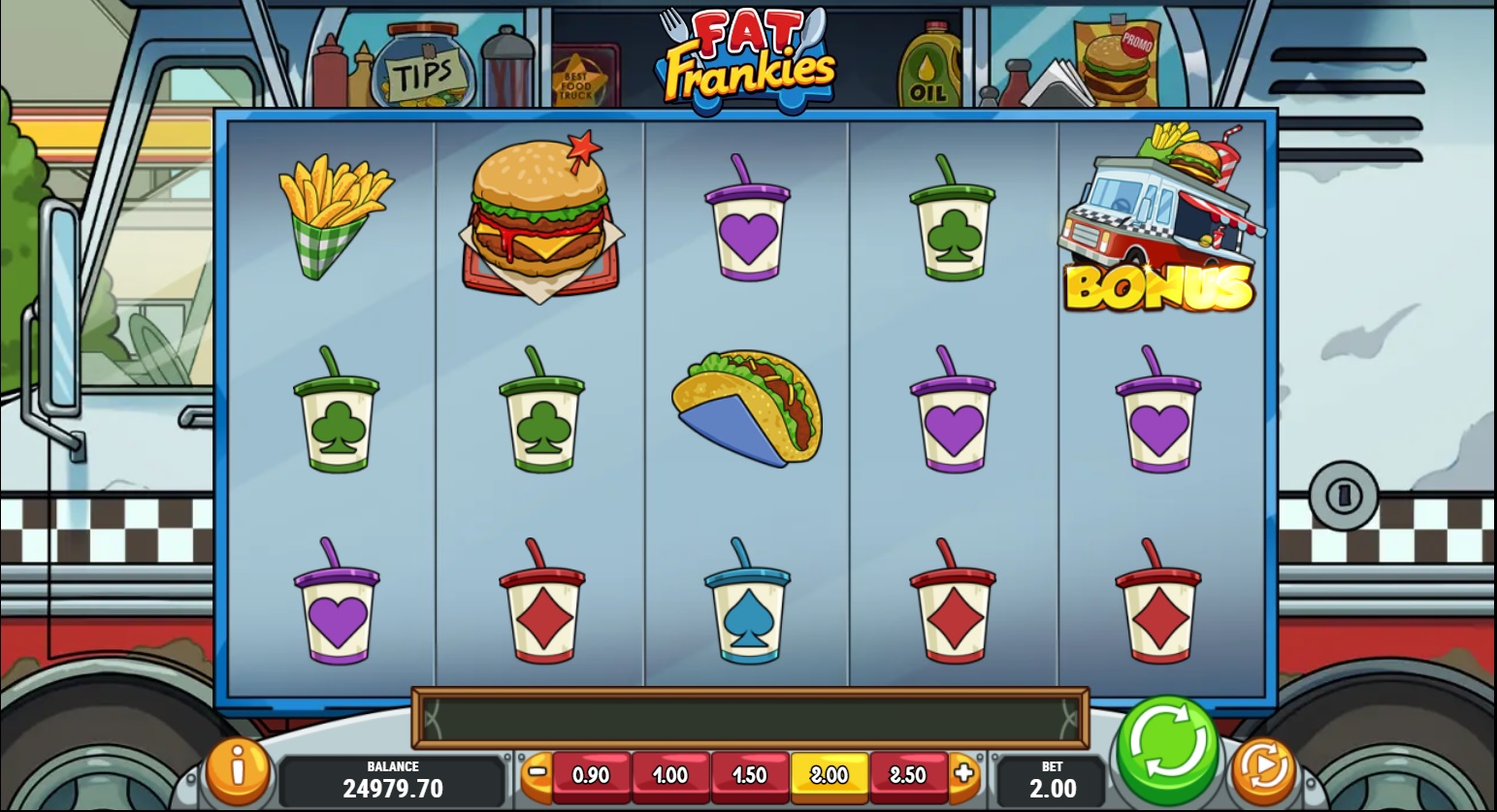 This game comes with 4 different bonuses which are all triggered when you get all three bonus symbols at the same time. One of the four features will randomly be chosen and is played out.

Fat Frankies is a medium volatile slot game. Which is a nice addition amongst all those high and very high volatile slots.

And I like the fact that they have used 243 ways. This combined with stacked symbols can give some great wins. The wild reels can increase this even more. And it’s nice that also added a free spins feature together with some smaller bonuses. Which can sometimes be a little frustrating when you really want to see those free spins.

Overall Fat Frankies is fun game with 243 ways, 4 different bonuses, stacked symbols and which can pay up to 6.000 times your bet.

You’ll find this game at N1 Casino>>, NetBet>> and Videoslots>>.