The game uses a theme of kites, which are very popular in Asian culture. But overall it’s a pretty standard Asian themes game.

The game uses 6 reels that can be up to 6 symbols each. And also an extra 3 rows of symbols above reels 2, 3, 4 and 5. Where the top row only contains blank symbols and wild symbols. The other rows can have any normal symbol. These extra rows of symbols are locked and will be locked and unlocked at random during each spin.

You will find standard card symbols, several different kite symbols and also scatter symbols during the base game. You will also find fish symbols with random cash values on them. These will count as normal symbols, except when free spins are active.

Floating Dragon Megaways comes with a nice maximum payout of 20.000 times your bet. 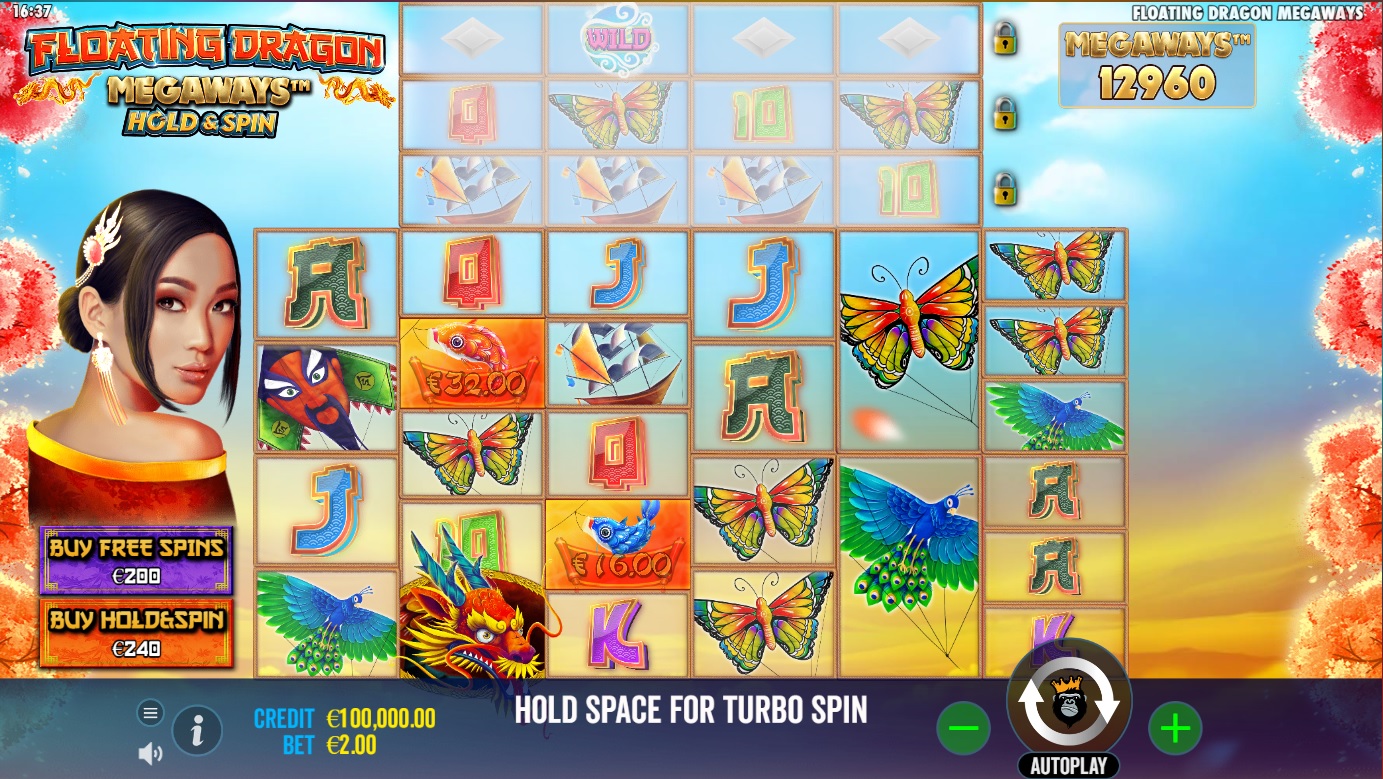 Mystery symbols can appear during normal spins and the free spins feature. All instances of these symbols will change into one and the same symbol when they appear.

Now a special lady symbol can appear during spins which will collect all values of all fish symbols in screen. After this the lady symbol itself is collected onto a meter on the right of the reels.

Each time you have collected 4 lady symbols you are awarded with 10 extra free spins, which are played after current free spins are finished. And a multiplier will also be added to the new set of free spins. You start at x1, after this this will become x2, x3 and finally x10. After that each retrigger will add a x10 multiplier on top of the last, with no limit.

If you get a lady symbol but no fish symbols, random fish might be added to the screen. 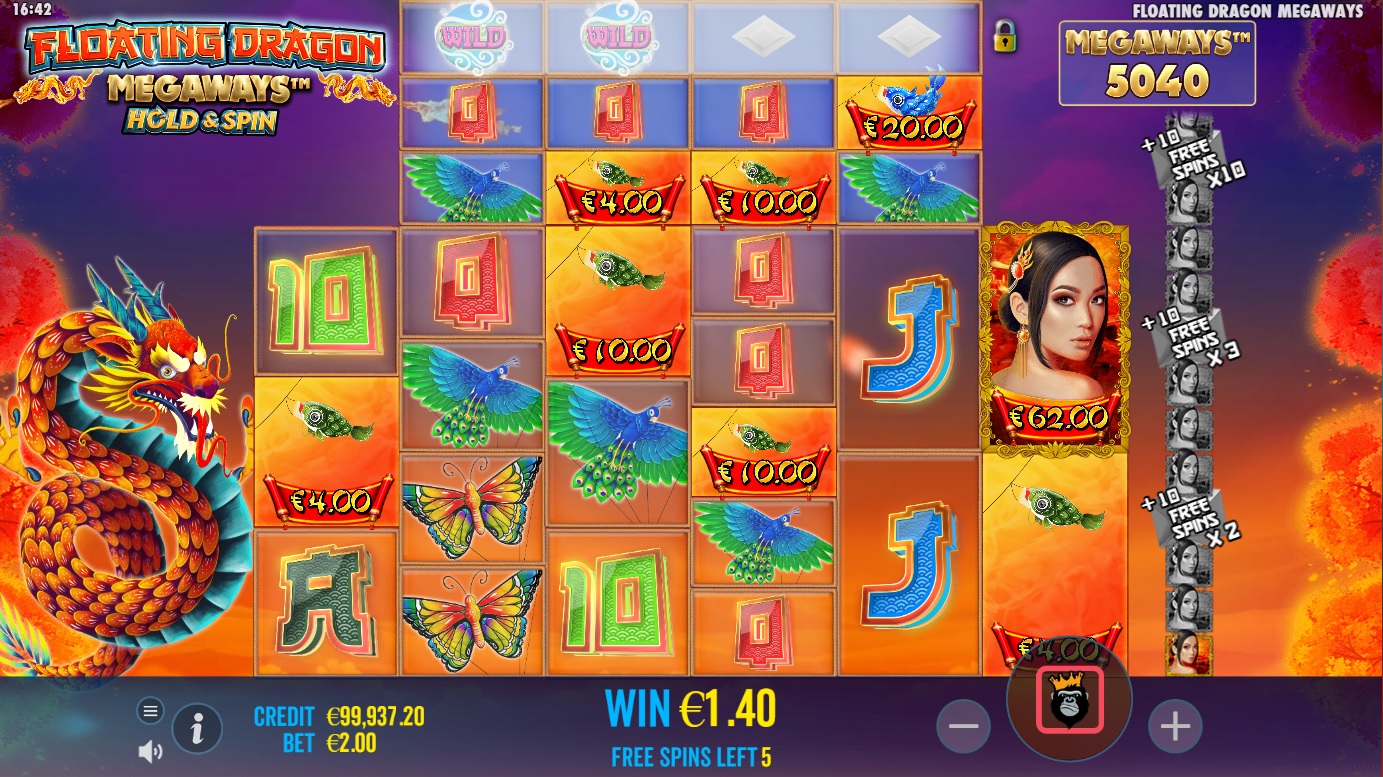 Coin symbols can appear during normal spins. These only appear on the basic set of reels, not on the top three rows.

If you get 3 or more of these coin symbols you will trigger the Hold & Spin bonus.

The triggering coins are held and their values added to your win. After this you get 3 respins, each time a new coin symbol appears, all values, including the held ones, are added to your total win and the respins reset back to 3.

Feature ends when you run out of respins. 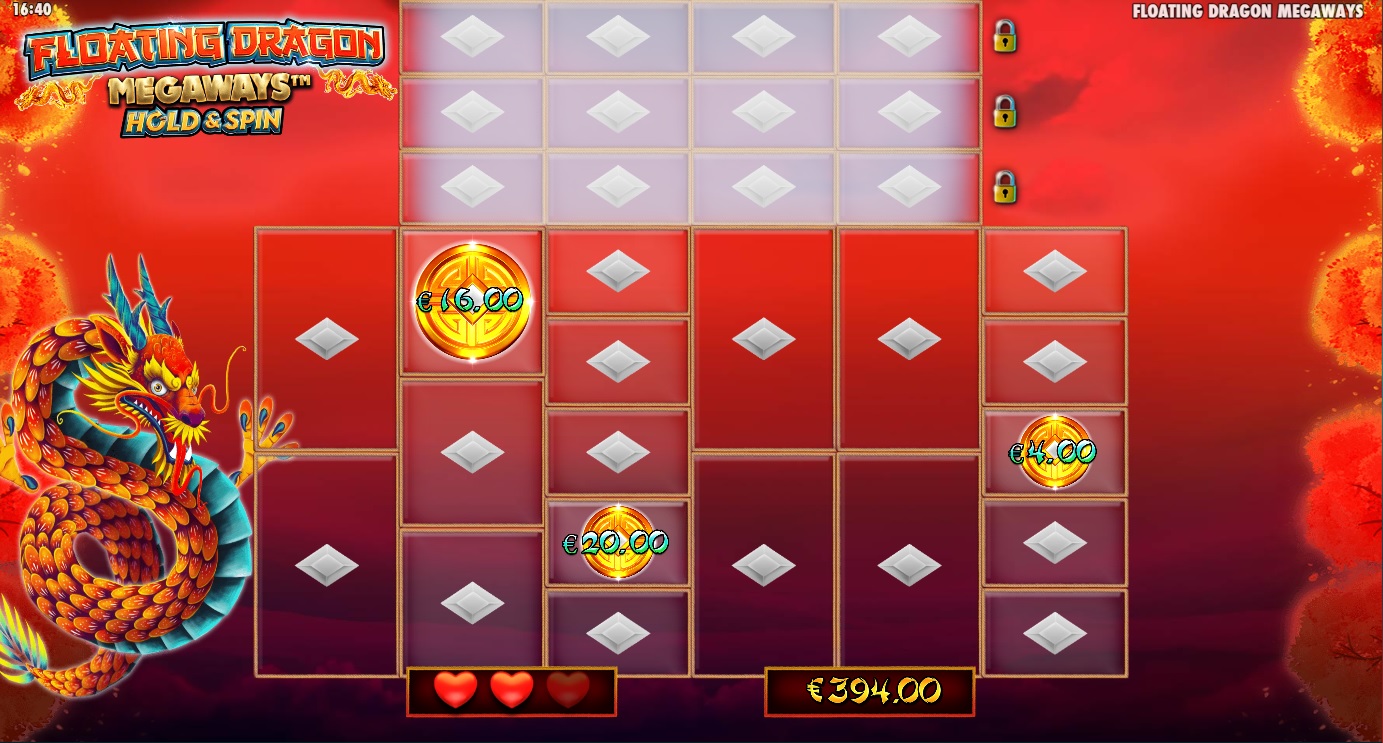 Like I started with, the original game must have been successful, because I don’t know why else they would use this theme again for this game. Because let’s be honest, the game is a bit busy on the eyes.

The way they added those extra reels on top, which lock and unlock at random is pretty cool and I think something I haven’t seen before.

Overall it’s a good game and offers enough bonuses and features to keep the game interesting.

If you were a fan of the original, than this is one to check out for sure. If you didn’t like the original, I think you will find enough here to enjoy this one, but who knows.