iSoftBet released a game called Gold Digger a while back and that game was pretty popular, so it’s pretty understandable they chose to use that game to get a Megaways makeover.

The game uses a mining theme with symbols like carts, pick axes and gold nuggets. It looks very cartoony.

Gold Digger Megaways uses 6 reels that are each between 2 and 7 symbols high during each spin. It also has a added row of symbols on top of reels 2, 3, 4 and 5 where symbols slide into from the right. The game can have a maximum of 117.649 ways during each spin.

There are also special gold nugget symbols on all reels that will have a random multiplier on them. Wild symbols only appear on the top row. 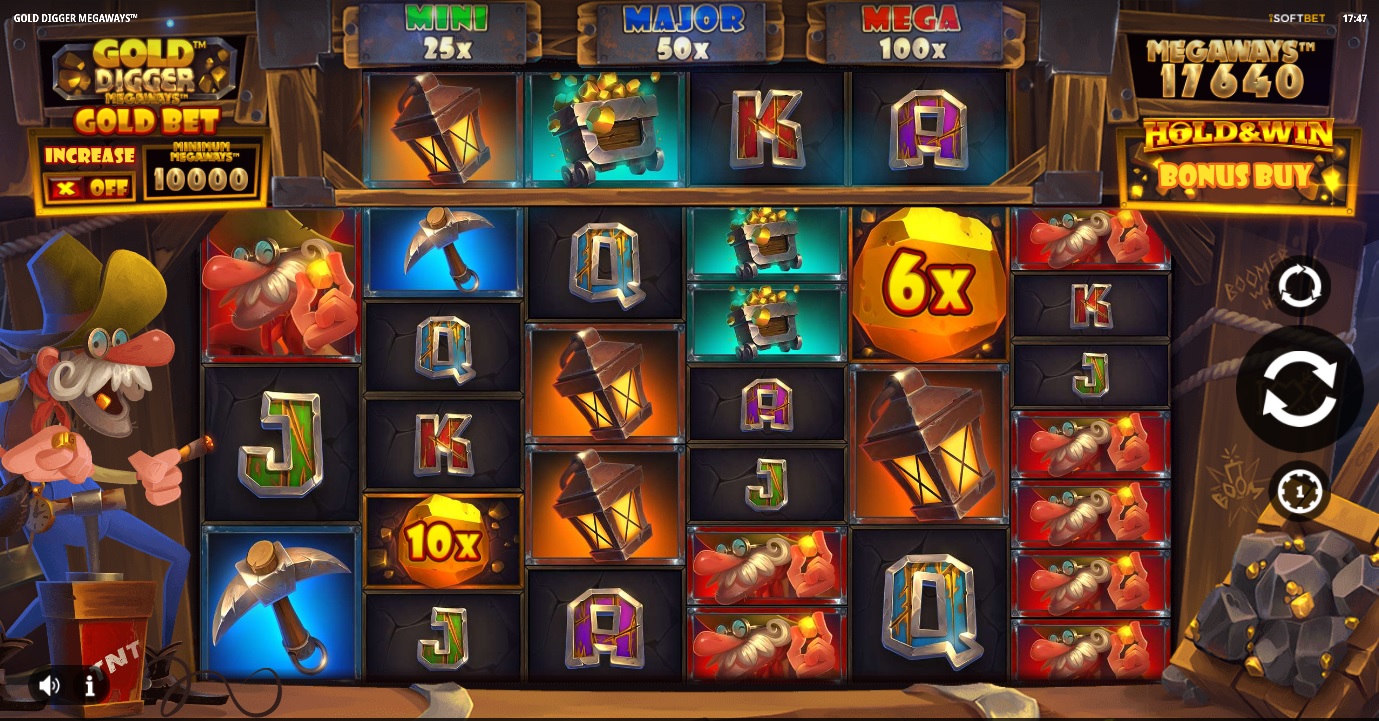 The game uses cascading symbols. This means that winning symbols are removed and new symbols fall on top, creating the option for another win. This will continue until no more new win appears.

During any normal spin one of four different random bonuses might be triggered.

5 or more golden nugget symbols will trigger the respin bonus.

The bonus starts with 3 respins and each golden nugget symbol or booster symbol will reset the spins back to three.

The booster symbols that now appear will add a special bonus.

When you run out of spins all multipliers will be added up and multiplied by your total bet. 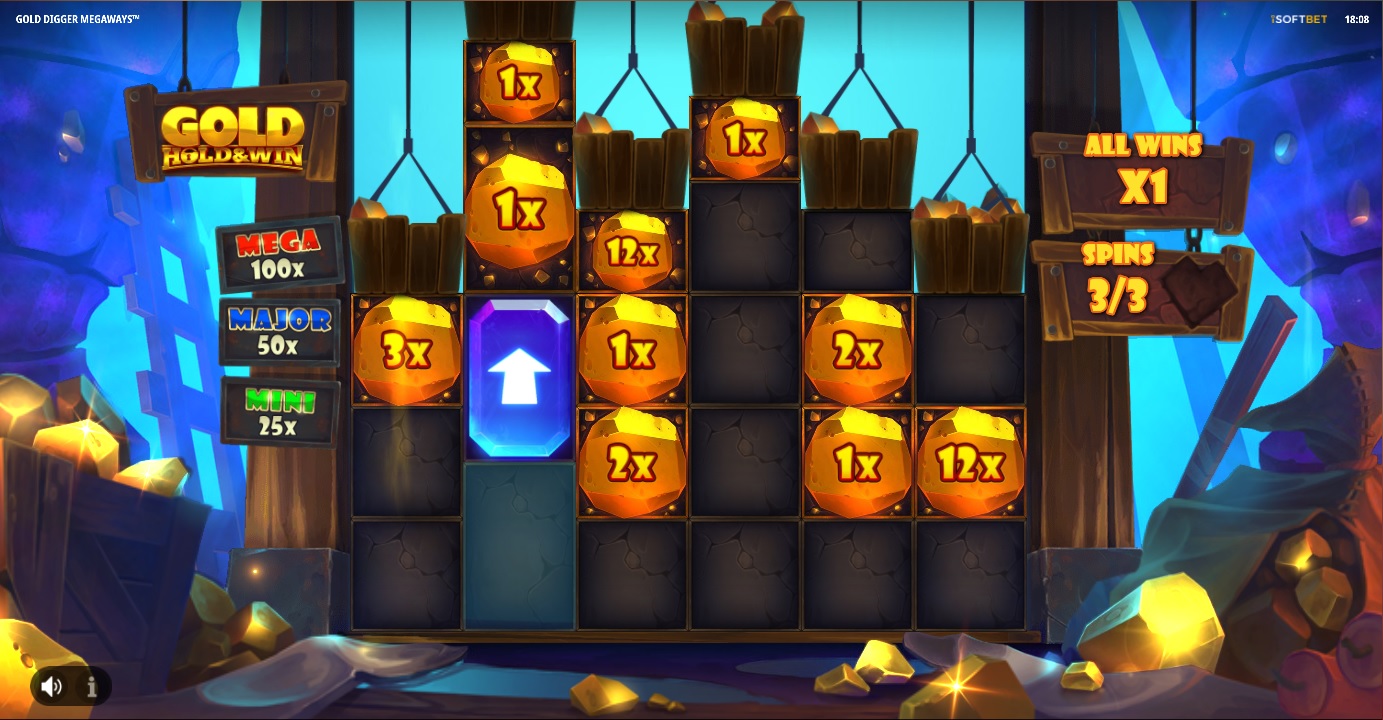 iSoftBet created a very fun Megaways slot game. The theme is something we’ve seen a lot already, but it does work work with the features and bonuses.

The random bonuses are nice and seem to happen pretty often. And also the respins feature is a good and solid bonus, which can award some great wins.

The maximum of around 22.000 times your bet is high enough to get some excitement, but we’ve seen much higher.

Gold Digger Megaways is a great evolution of an original game that I would definitely recommend.

Play the game at casinos like CasinoFriday>>, Platin Casino>> and N1 Casino>>.