Play’n Go has also released their Christmas game for the year. This game is Moon Princess Christmas Kingdom.

And yes, this sounds and looks very familiar. Because it’s pretty much the same game as Moon Princess, but now with a Christmas theme.

However, there are some differences to this game.

The game is played on a grid of 5 by 5 symbols. A winning combination consists of 3 or more of the same symbols connected horizontally or vertically. When a combination of three symbols is removed, a wild symbol is placed on the former middle spot. All other symbols will fall down to create a possible new in, no new symbols fall on top. 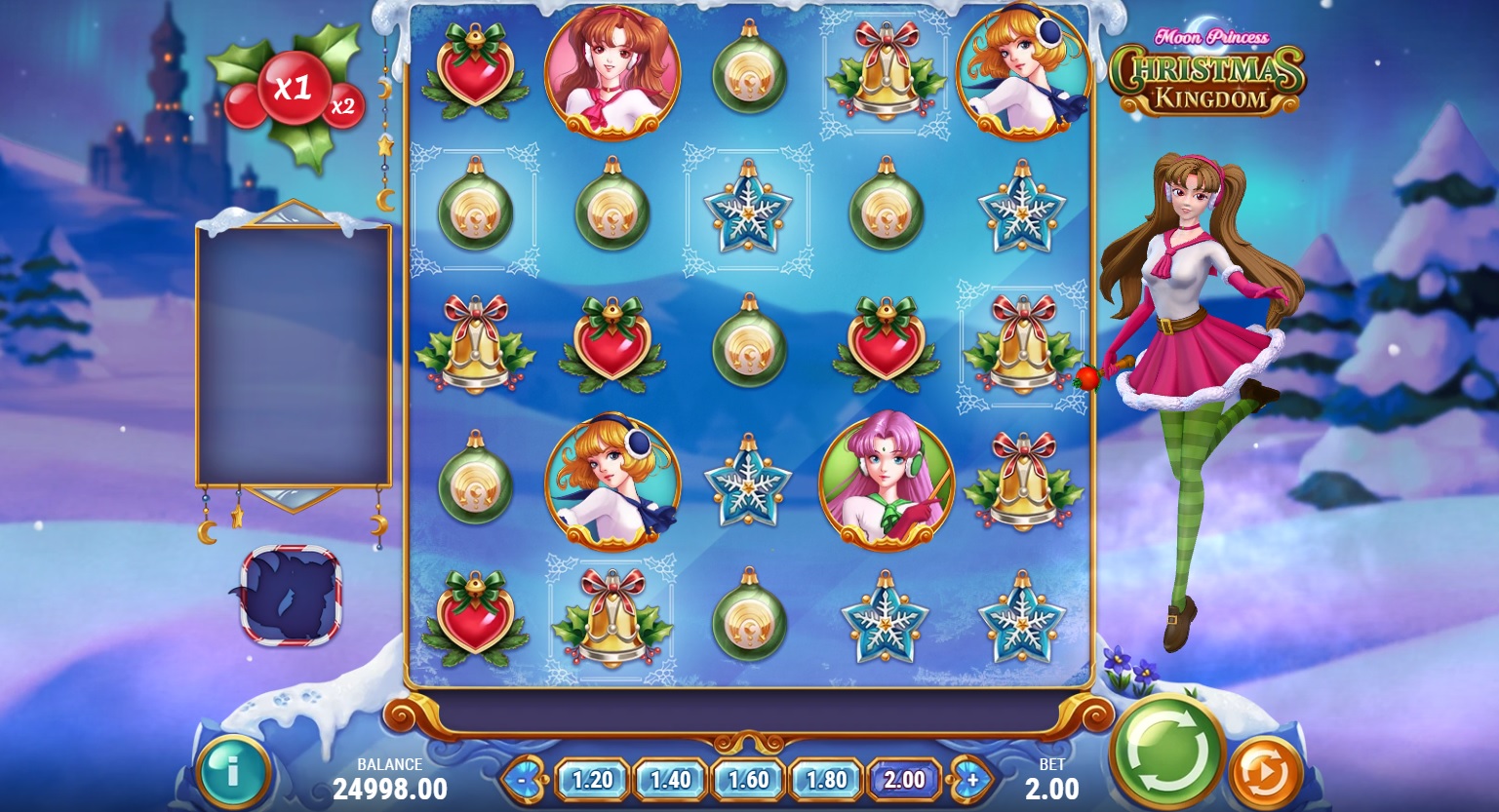 During each spin 5 random mistletoe symbols are added to the grid, below normal symbols. When a winning combination appears on these symbols, the multiplier will go up by +1 for each one revealed. During free spins 10 mistletoe symbols appear instead of 5.

This feature is triggered when 1 scatter appears on the screen. This scatter symbol can just appear during a spin, or randomly added after a bought spin.

The Trinity Feature will give one free spin where all girl powers are activated in a row. If you happen to clear the total grid during this feature you will trigger the free spins.

You pick one of the three girls to trigger the associated free spins.

Love, Star and Storm will give you 4, 5 and 8 free spins respectively. During any non winning spin the chosen girl power will activate.

A scatter symbol during free spins will add 4, 3 or 2 extra free spins for Love, Star or Storm respectively.

A maximum free spins of 150 is possible.

When you are familiar with Moon Princess, you will definitely recognize this game, the girls and even a lot of the features. It’s all pretty much the same, except for the Christmas theme and the scatter symbol, which did not appear on the original.

But somehow it’s nice to have a Christmas version and the little twist with the scatter symbol added.

I always liked Moon Princess and even Sisters of the Sun, which is also pretty similar. So I also like this game a lot.

Get into the Christmas spirit and play Moon Princess Christmas Kingdom at either N1Casino>> or Casumo>> .