Pragmatic Play loves games with ancient themes like the Incas, Mayas and more of those lost civilisations. You can see that in games like Firebird Spirit and Aztec Blaze. And now another game has joined those titles, Secret City Gold.

The game uses all sorts of ancient idols and the reels are set against a temple in an overgrown jungle.

The game uses 5 reels that are each 4 symbols high and comes with 25 lines.

Besides standard card symbols and all sorts of colorful idols, you will also find wild symbols and golden monkeys that count as scatter symbols on all reels.

During any normal spin and also during free spins there is a chance that a random pattern will cover certain spots on the reels.

After all normal winnings are paid, all symbols within the pattern will change into one and the same symbol. Which can also be a wild symbol.

After that these symbols pay from left to right, no matter where the pattern appears. And a random multiplier of between x1 and x10 is also added to the pattern.

These will now start with a x1 multiplier, which will go up by x1 after each new Shape Win. This multiplier won’t reset between spins and patterns and can only go up. 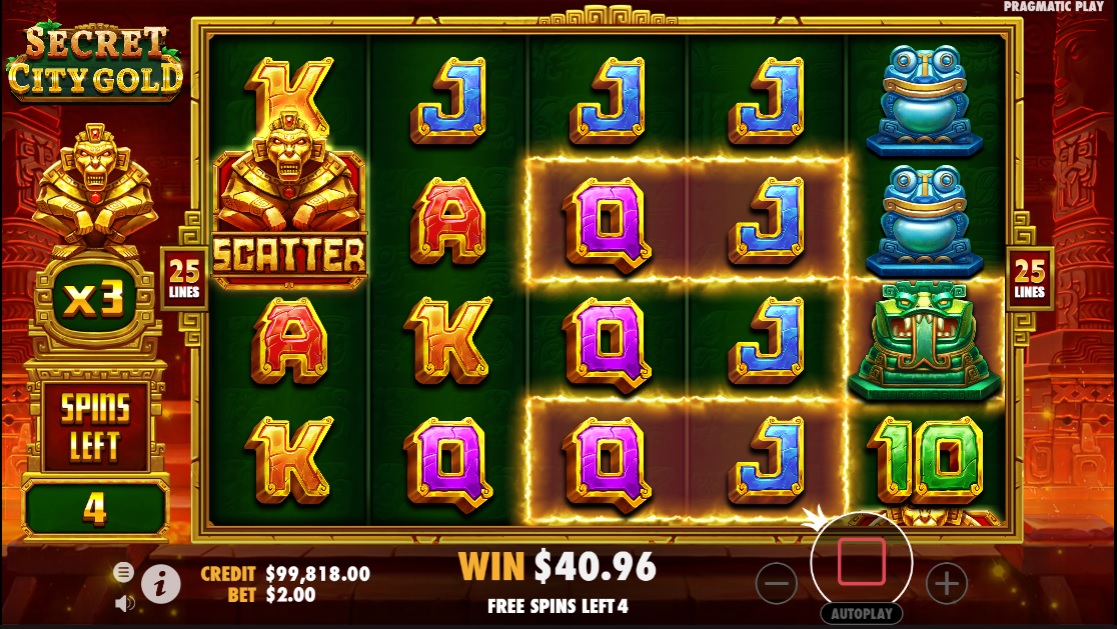 I have seen those random patterns before, but it’s very rare and I can’t even remember the games that used it. And it’s a pretty fun feature.

Especially during free spins these patterns can award some big wins when the multiplier goes up enough. And a fun addition is that additional spin for each scatter appearing.

I also have to say that the game looks great.