If you grew up in the 90’s, early 2000’s, you might know the names Justin, JC, Lance, Joey and Chris. Especially if you were a teenage girls. These are the names of the member of the very popular boy band, *Nsync. And they also had a song called Pop.

Now Play’n Go has released a new slot game with this boy band as the main focus. Featuring all members as symbols, in a sort of cartoon, comic style. Which to be honest sometimes looks a bit creepy, but that’s just me.

You will find standard card suits and the 5 band members. You will also find wild symbols, which is the band together as group and golden N symbols on reels 2, 3 and 4. These are the bonus symbols.

NSYNC Pop comes with a maximum payout of 5.000 times your bet. 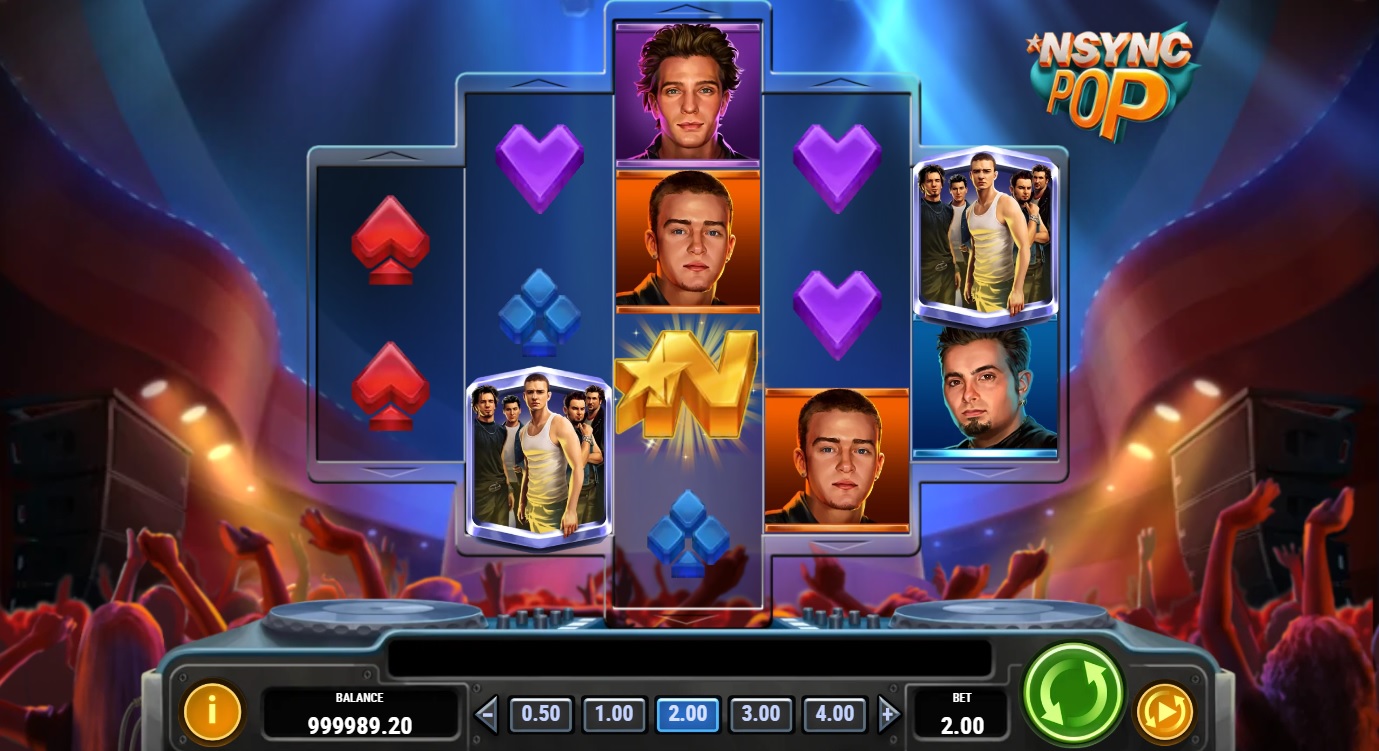 Mystery symbols may appear on all reels. These are bubbles with the word POP on them. All these symbols will change into one and the same symbol. Except bonus symbols.

The game now gets an extra row of symbols above and below the reels with pop symbols.

Whenever a pop symbol lands on a reel, the pop symbol above or below on that reel will also pop and reveal a symbol. After this that new spot is now added to the normal play, increasing the number of total ways.

During free spins you can also get Super Pop symbols. These will always change into a wild symbol and that wild symbol will stay on the reels until the end of the free spins. It becomes a sticky wild. 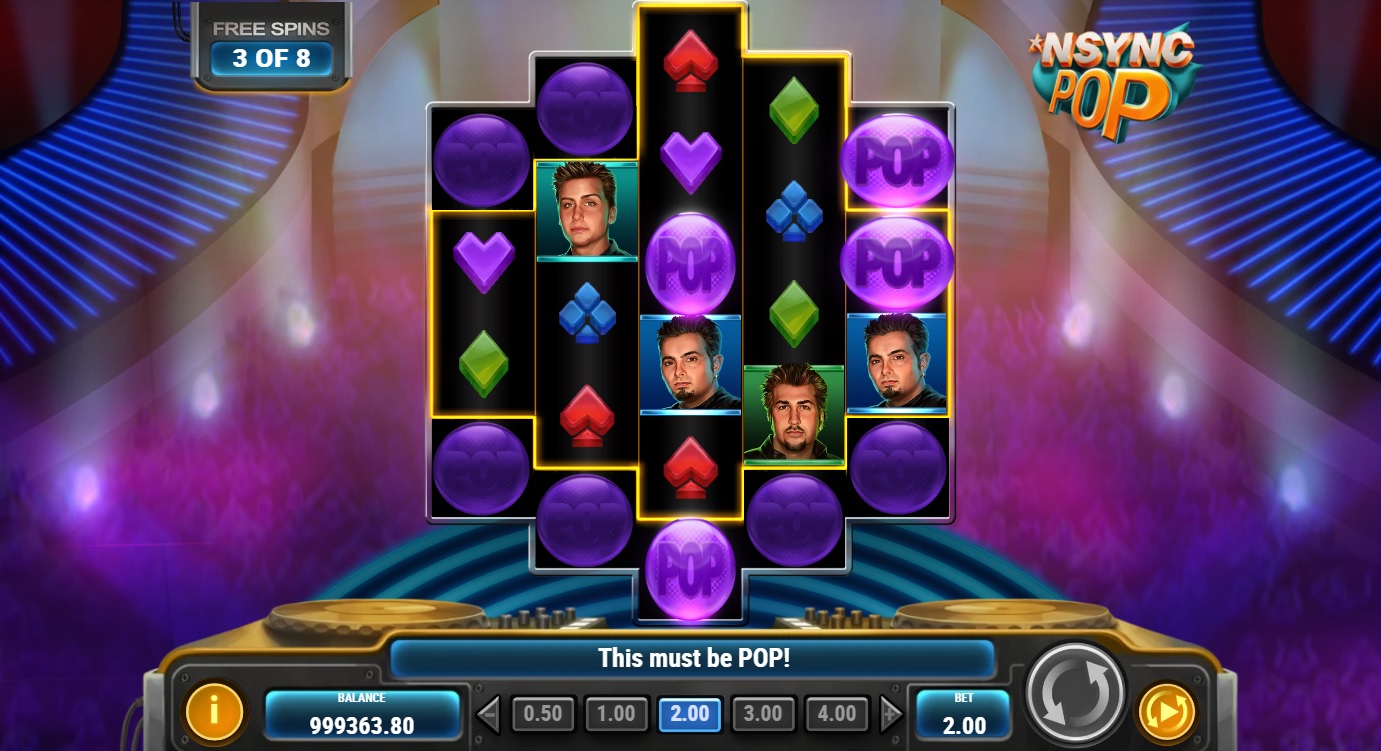 If you manage to pop all pop symbols and open up all 2400 ways you will receive 1 encore spin after the free spins ended.

During this spin only wild, Justin, JC, Lance, Joey and Chris symbols will appear on the reels.

Any sticky wild symbols you might have gathered during free spins will stay in place. 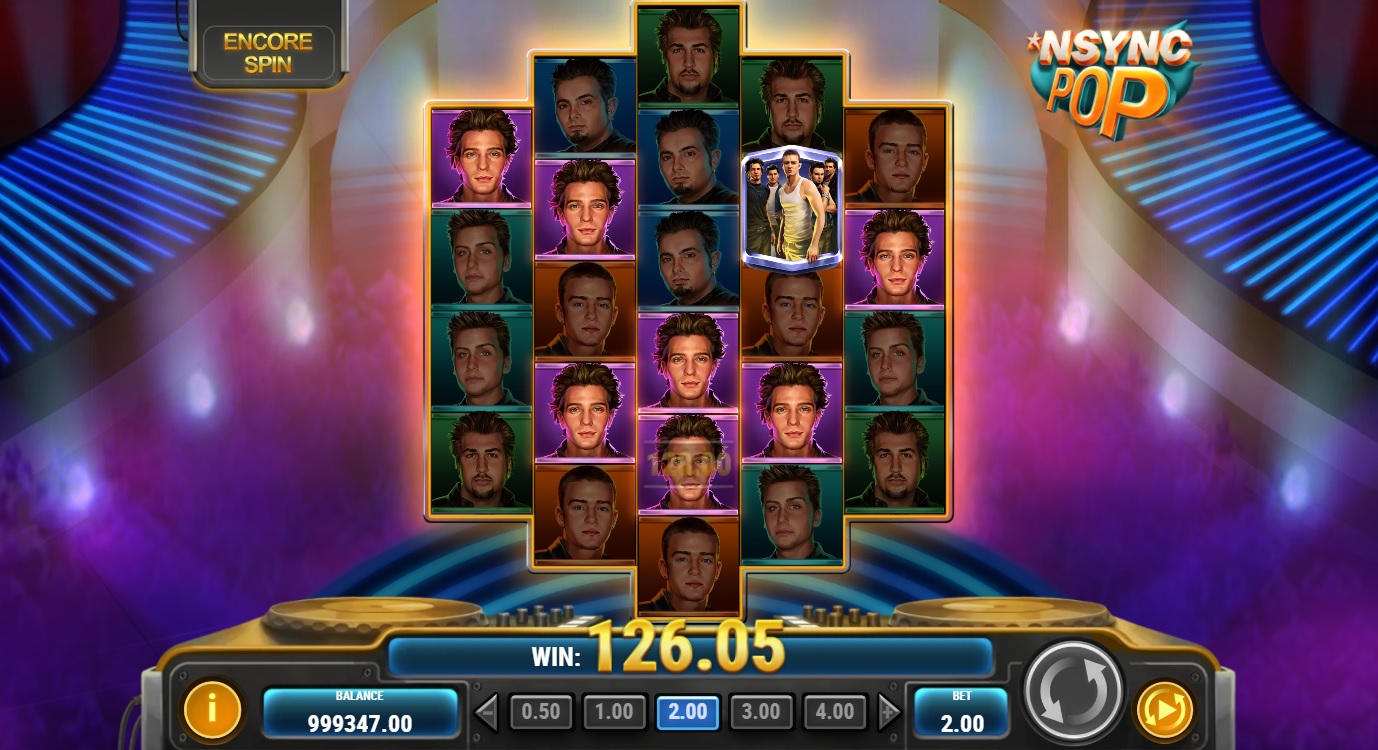 Of course if you were a big fan of *Nsync back on the day, you will probably love this game. And to be honest, I think it’s nice that they picked a boy band this time and not another rock band, as Play’n Go has done a lot in the past. Games that use bands like Lordi, Def Leppard and Kiss.

The base game is a bit boring to be honest. Yes you have those mystery symbols, but most of the time you only get 2 or 3 of them. Which doesn’t give any special big wins.

But the free spins feature is pretty nice. And also quite unique. The ways that can increase each time you get one or more of those pop symbols, the sticky wilds. And in the end, if you manage to get there, that Encore Spin.

It’s not the most exciting game and I think if you really don’t like boy bands, you will probably skip the game. But I do applaud the fact that Play’n Go picked a very popular boy band and still made a pretty fun game 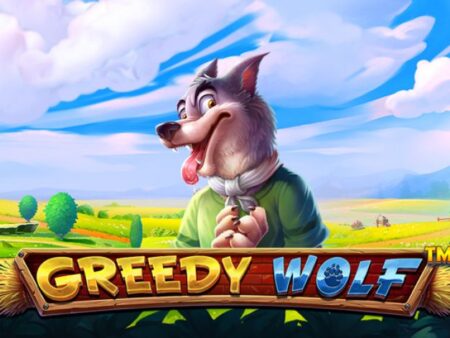 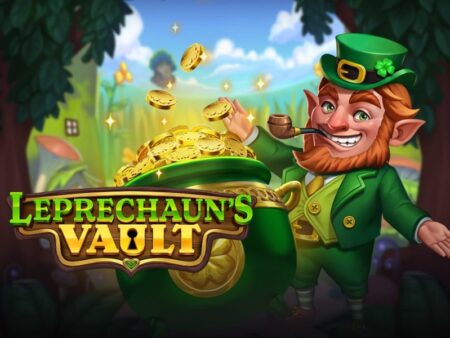 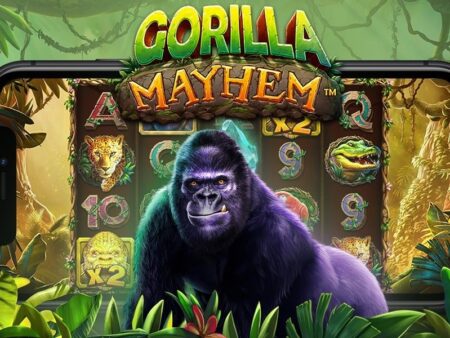