Time for another Pragmatic Play release. This time they have chosen to use a pirate theme with their Pirate Golden Age slot game.

The game uses 5 reels that are 3 symbols high and comes with 20 lines.

Pirate Golden Age has a maximum payout of 3.000 times times your bet. 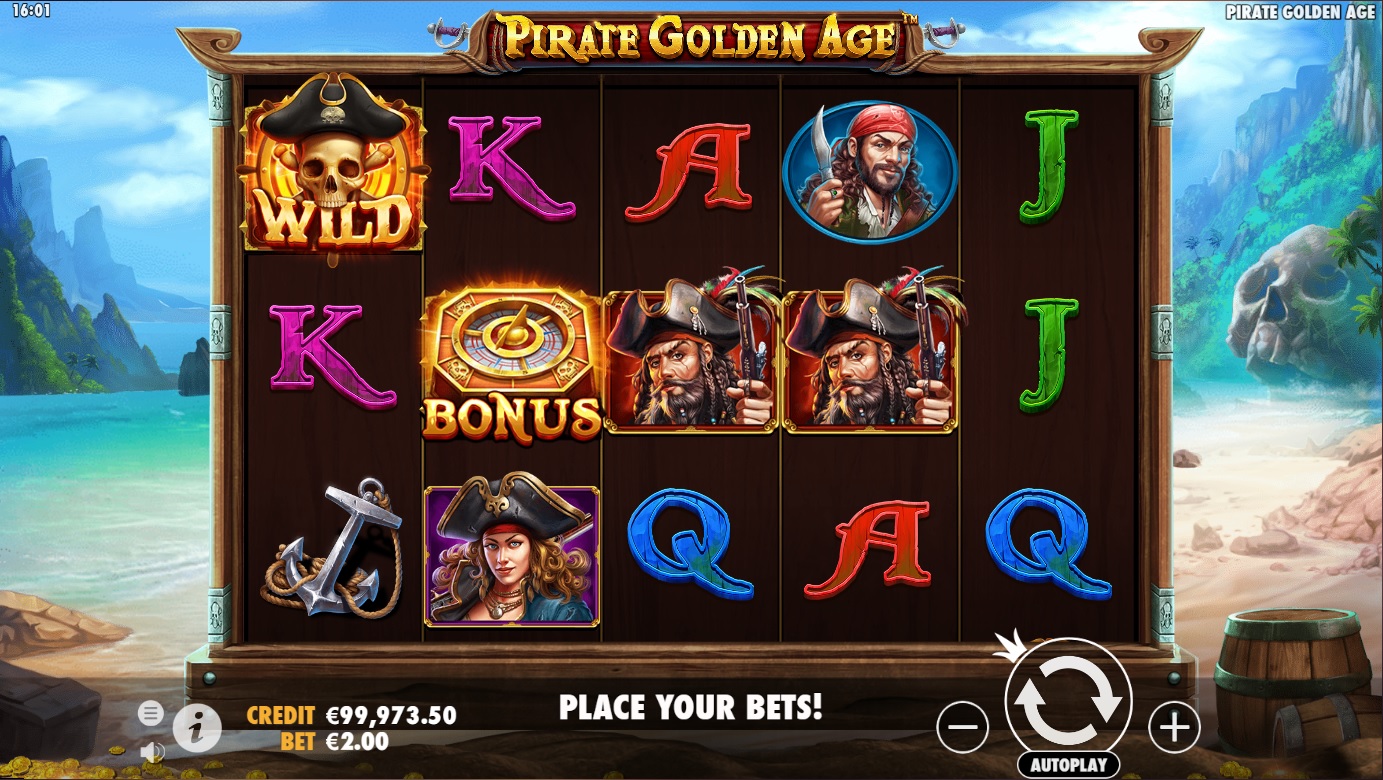 During free spins special mystery, or reveal symbols can appear on all reels.

These symbols will all reveal one and the same symbol, including wild symbols. After you are paid, all these mystery symbols are collected into a chest on the right of the reels. And randomly added back onto the reels and again reveal a symbol.

When mystery symbols land on the same spot on the reels, these spots will now have a multiplier equal to the number of symbols.

New mystery symbols can be collected during each spin.

Each time you have collected 5 of them you are awarded with between 1 and 3 extra free spins. 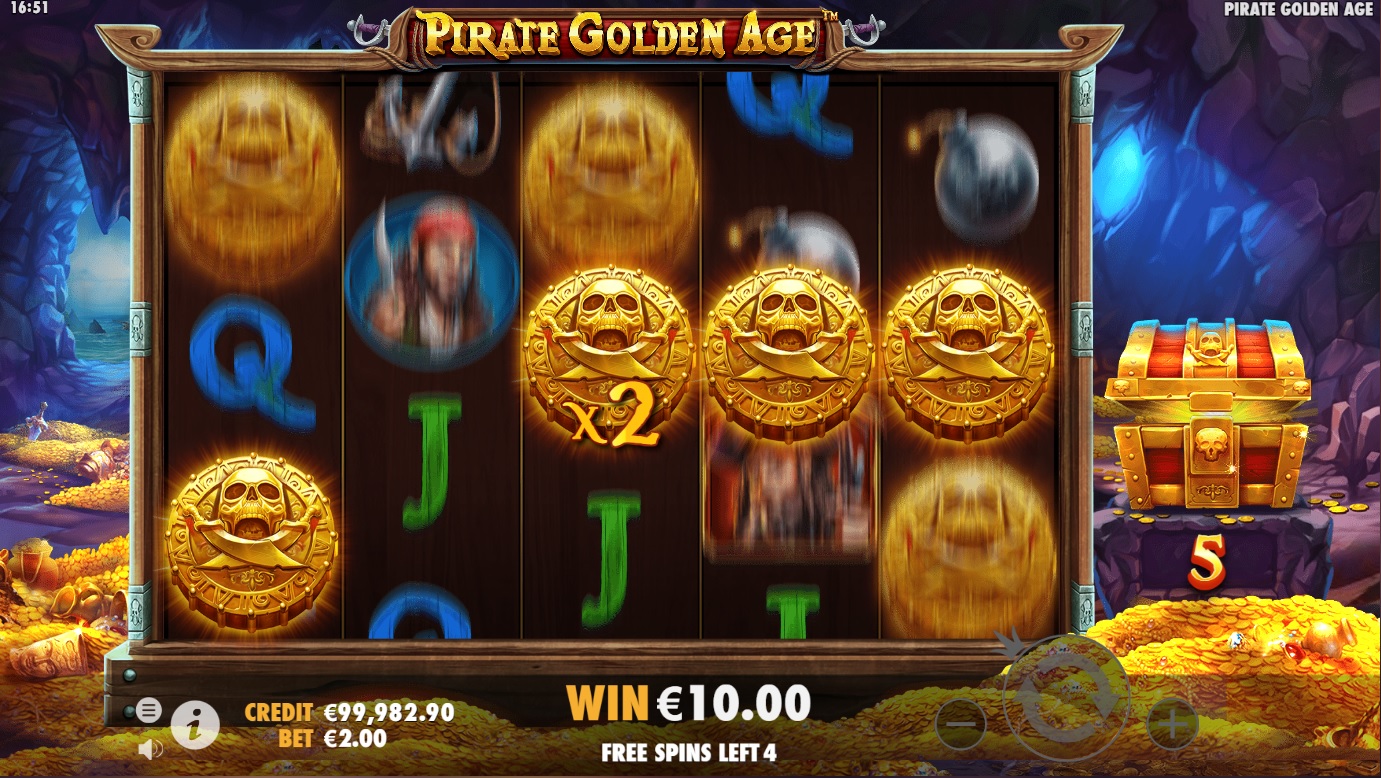 To be honest, this is a bit of a basic game. The base game doesn’t come with anything special. And the free spins feature is fun, but really not that interesting.

It’s all just very basic for me.

The theme is nice and especially if you like a pirate theme, it looks great. But, again, I’m not big of a fan of pirate themes, so it doesn’t add anything for me.

I also think the maximum payout is too low at only 3.000 times your bet.

There are a lot of great pirate themed games out there, like for instance Pirate Pays Megaways and even the older Pirates Charm. With better and more exciting features. Pirate Golden Age just doesn’t do it for me personally.

But, as always, be your own judge and check the game out at CasinoFriday>>, Casumo>> or Videoslots>>.