Release the Kraken 2, better than the original

Release the Kraken 2 comes with 5 reels which are each 4 symbols high and comes with 20 paylines during the base game.

You will find standard card symbols and all sorts of underwater creatures as symbols. All these symbols can appear stacked on all reels.

The kraken is the wild symbol and can appear on all reels. And a golden kraken symbol is the scatter symbol, again appearing on all reels.

Release the Kraken 2 comes with a standard maximum payout of 5.000 times your bet. 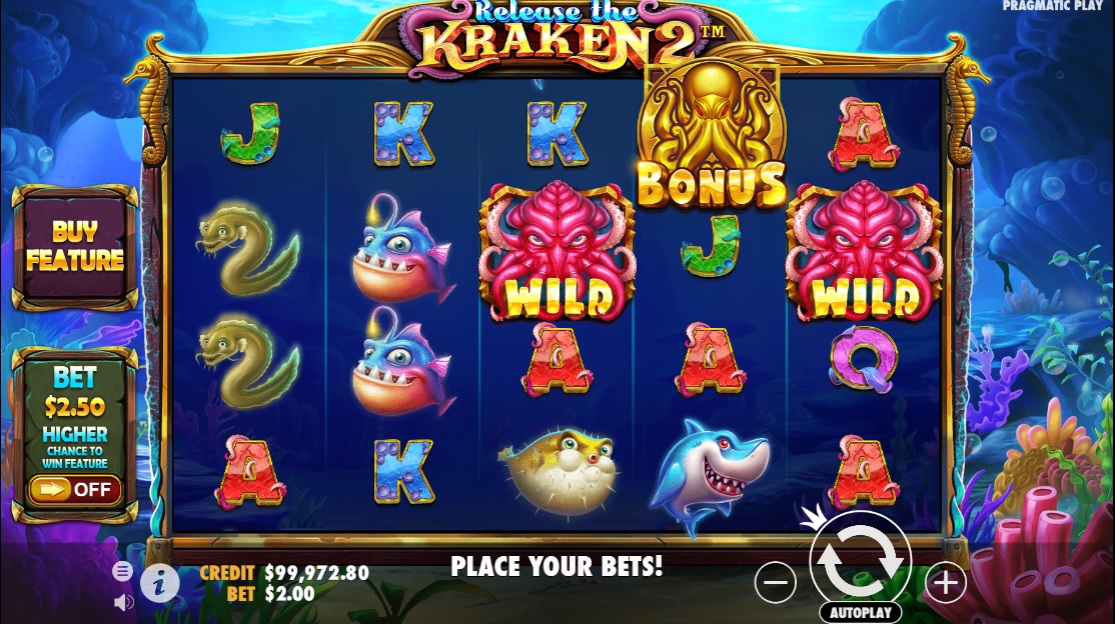 When 4 or more wild symbols appear during a normal spin you are paid your winnings. After this you will trigger a free respin where the wilds move and stop randomly over the reels. The rest of the symbols respin. You are paid again. And as long as more wilds appear, you will keep triggering another respin.

During any normal shifting stacked wilds symbols can appear on reels 2, 3 and 4. After the reels stop spinning, the wilds are nudges to cover the entire reel or reels. For each nudge you will also get a x1 multiplier. After this you are paid. 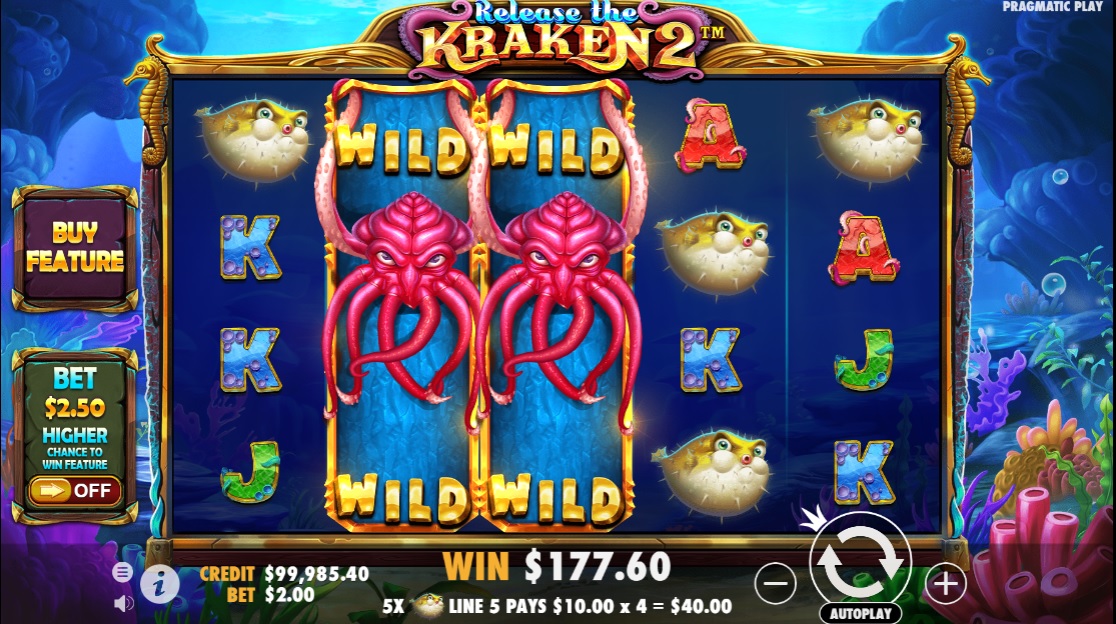 During any non winning base spin a random feature might trigger that will rearrange and change the symbols to trigger a guaranteed win of between 20 and 50 times bet.

Three or more scatter symbols will award the free spins feature. Before free spins start you will first play a Deal or No Deal type bonus. Opening chests to remove certain combinations. Or taking the current offer. 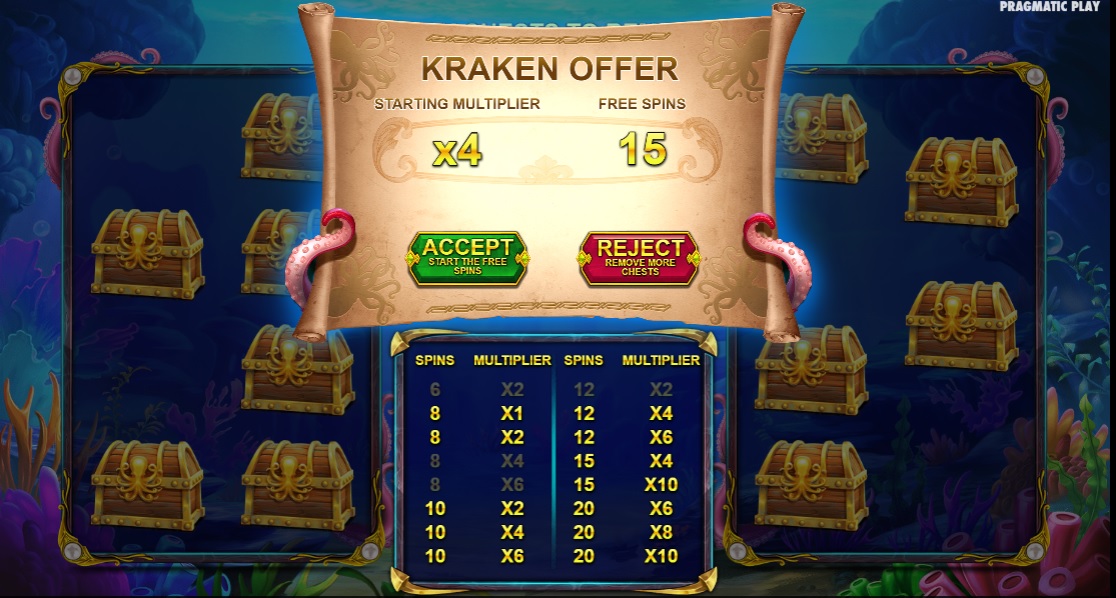 The offers will be:

During free spins there are normal wilds and golden wilds. Any wild symbol appearing will stay on the reels during all spins and move to a new random spot after each spin. Golden wild symbols will also increase the multiplier by x1.

During free spins the paylines are doubled to 40. You can’t win extra free spins during the bonus. The original Release the Kraken was already a very nice game. And look-wise they haven’t changed much. I believe they even use a lot of the same symbols. Which is fine, because it looks good.

Features wise they also kept the thing players loved the most, the roaming wild symbols during free spins. But they have added some more things. The random features during base game are new and also a lot of fun. And now they have both normal and golden wilds during free spins feature, which is also a bit different.

I like this new version a little better, just because of the fact that there are more features. But overall they are both great games.

Check out Release the Kraken 2, or maybe even the original at casinos like Yeti Casino>>, All British Casino>> and Casumo>>.