It’s time for another new slot game by Play’n Go and this time it’s Rise of Gods Reckoning.

This new game uses three major Greek Gods. Hades, Poseidon and Zeus. But not in the way we normally see, in their ancient garments. This time they have brought the Gods into the 21st century. They look like three very fashionable men you could even meet in the streets of a major metropolis. Which I think makes a very nice looking theme.

The game uses 5 reels which are each 3 symbols high and comes with 20 lines.

All symbols may appear stacked on all reels, including wild symbols. The only symbol that won’t appear stacked are the scatter symbols, which only appear on reels 1, 3 and 5.

Rise of Gods Reckoning comes with several fun features, which I will be explaining below.

The maximum win on this new slot game is 5.000 times your bet. 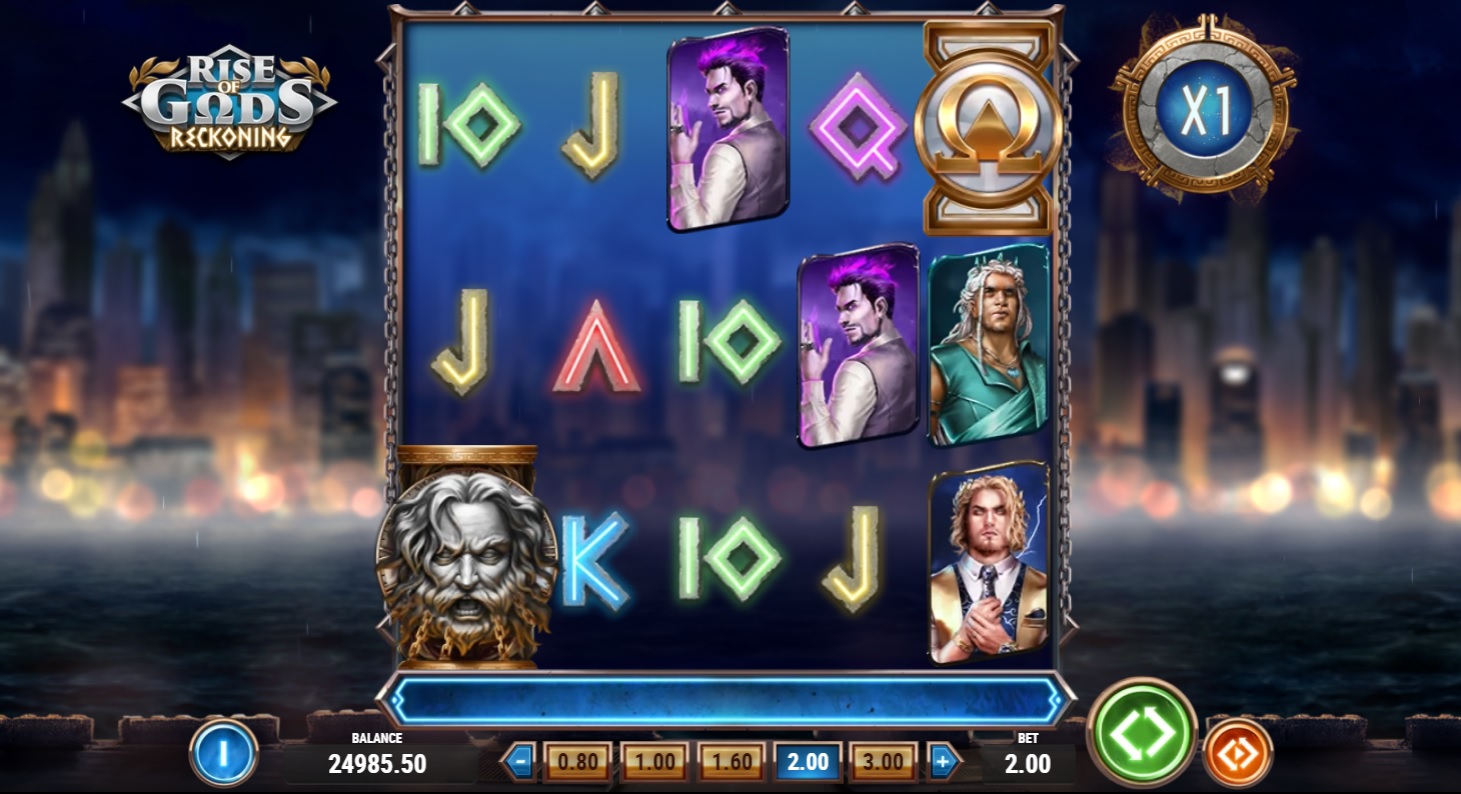 A general multiplier of x1 is active during all normal spins. But for every stacked reel of the same symbol this multiplier will go up by x1. This means that if you have 5 reels of stacked symbols, no matter what symbols, you have reached the maximum multiplier of x6.

With every new spin during normal play this multiplier is reset back to x1. 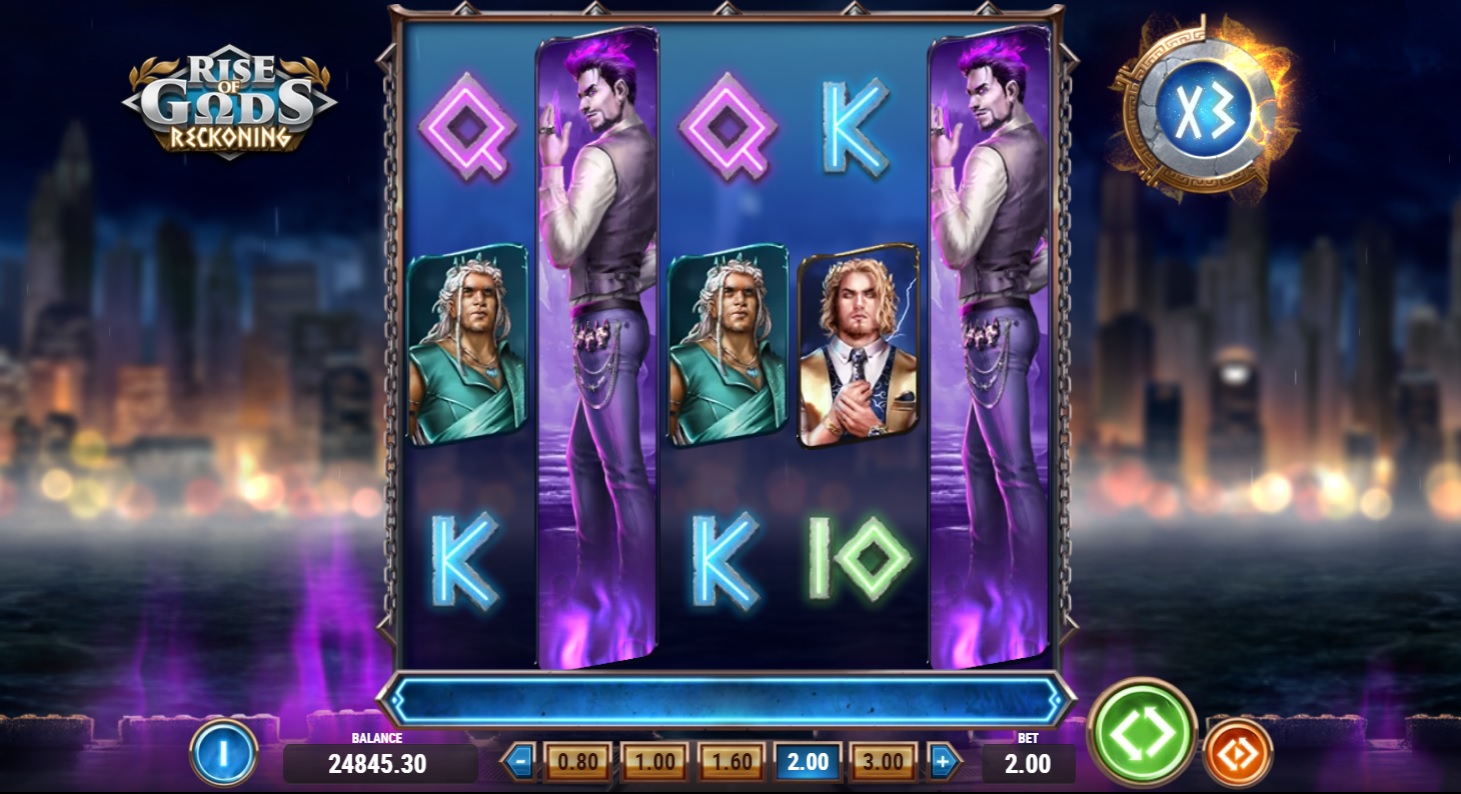 During free spins the multiplier does not reset and can only go up. It can now also go higher than the normal maximum of x6.

1, 2 or 3 scatter symbols during free spins will add 1, 3 and 6 extra free spins respectively. 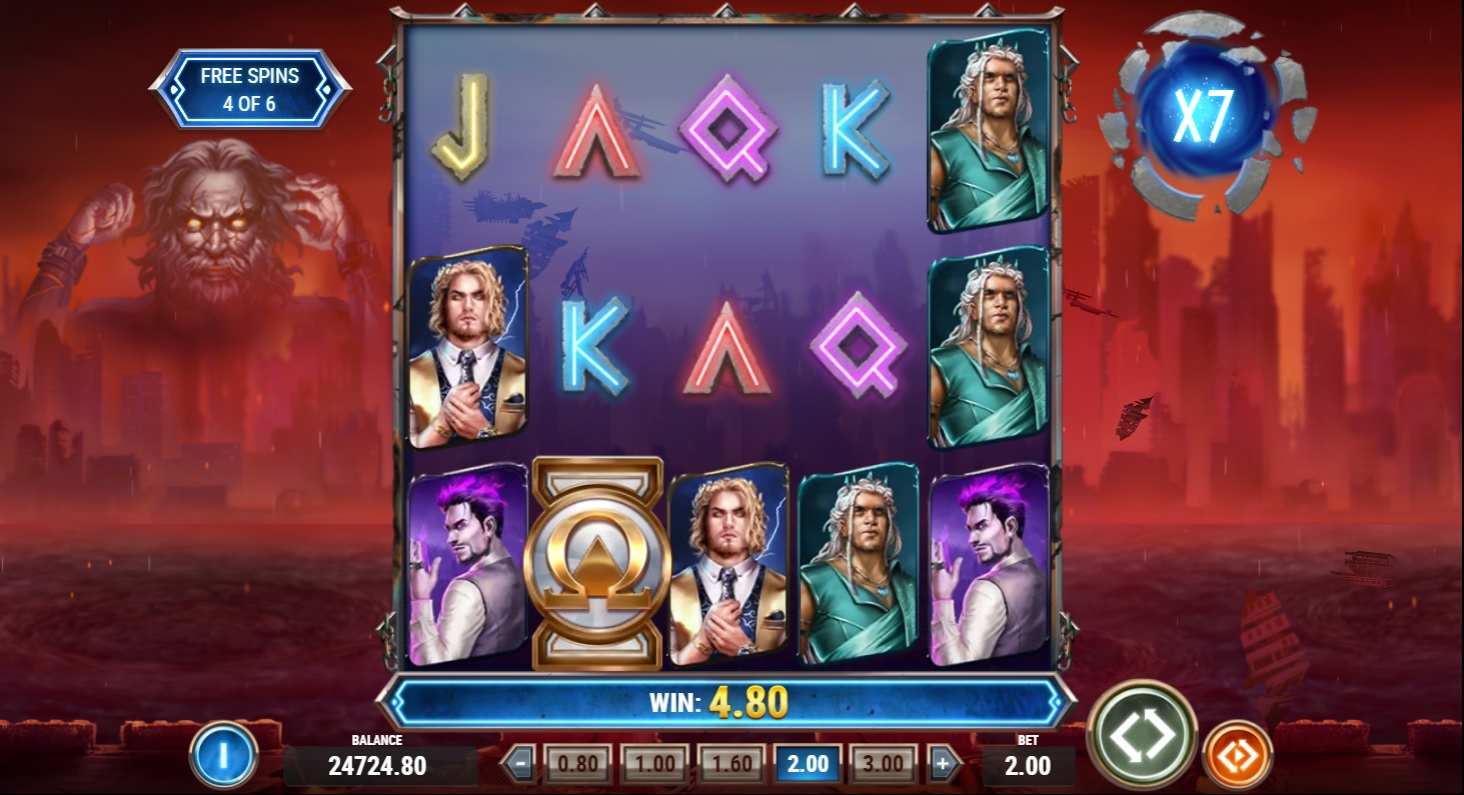 Rise of Gods Reckoning is a very appealing looking game. I really like the theme of ancient gods in modern times. Somehow it makes for a very sleek looking game.

As for the features. It isn’t something we haven’t seen before, but it works. The base game is fine and does add some extra features to keep it interesting.

The free spins can be a really rewarding feature with that multiplier that can only go up.

And Rise of Gods Reckoning is a medium volatile slot game, which is also a nice change from the mostly high volatile games being released these days.

If you want to check out this new Play’n Go slot game, why not visit CasinoFriday>>, Leo Vegas>> or Videoslots>>.