The game features 5 reels, each 3 symbols high and comes with 20 lines.

There are no wild symbols on the reels, only bonus symbols in the form of a big rock.

Get 3 or more scatter symbols to start the Mega Hold & Spin Feature.

This feature is played on a totally different reel set. A grid of 10 by 10 symbols. Here you will receive 3 re-spins and each time you get at least one new symbol, those are reset to three.

When rocks of the same color form a bigger rock of 2×2 or 3×3 symbols, they will receive a multiplier of up to 500x.

But there is also a trail next to the reels. During spin you can also collect keys. Each time you hit a treasure chest on the trail you are awarded with:

If you run out of re-spins or manage to fill the entire grid, the bonus ends. 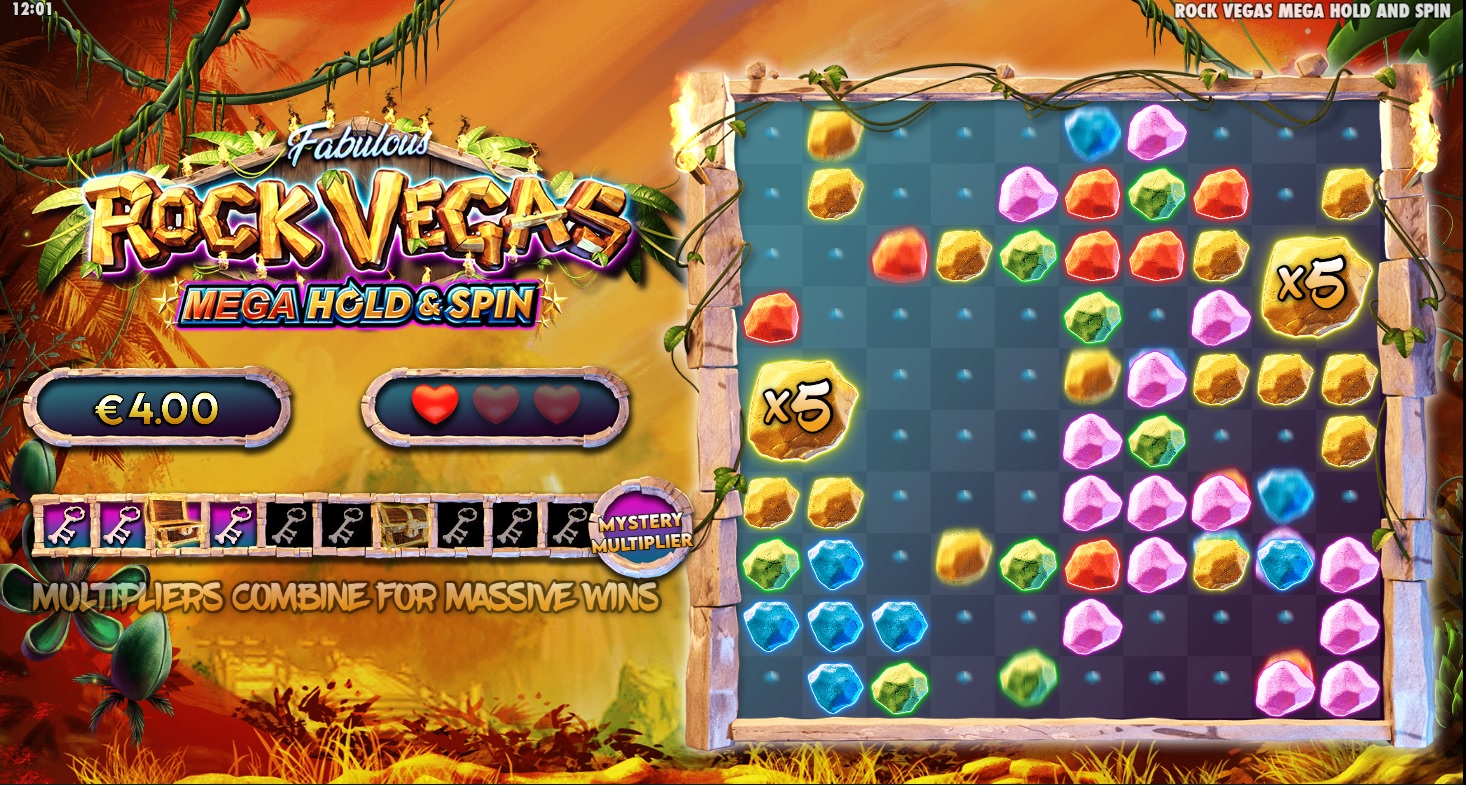 The base game is very basic and even a little bit boring. But the Hold & Spin feature is a lot of fun and very exciting.

It’s one of those games where you want to collect everything to increase the total win by a lot.

If it didn’t have that very fun bonus feature I would not rate this game very high. But because of that bonus game I think it’s a great game.

Check it out at Simple Casino>> or Casino Heroes>>.