Play’n Go really loved their “Book of” series of slots. They keep releasing new games in the same series. We’ve already have games like Legacy of Dead, Scroll of Dead and Amulet of Dead, just to name a view. And now there’s another title available on that series called Secret of Dead.

This new game is again set against an Egyptian theme with standard card symbols and symbols like snakes, scarabs and Shai, which is the god of faith in ancient Egyptian mythology.

It also features an Ankh symbols, which counts as both wild and scatter.

Secret of Dead comes with 6 reels which are each 3 symbols high and uses 10 lines. 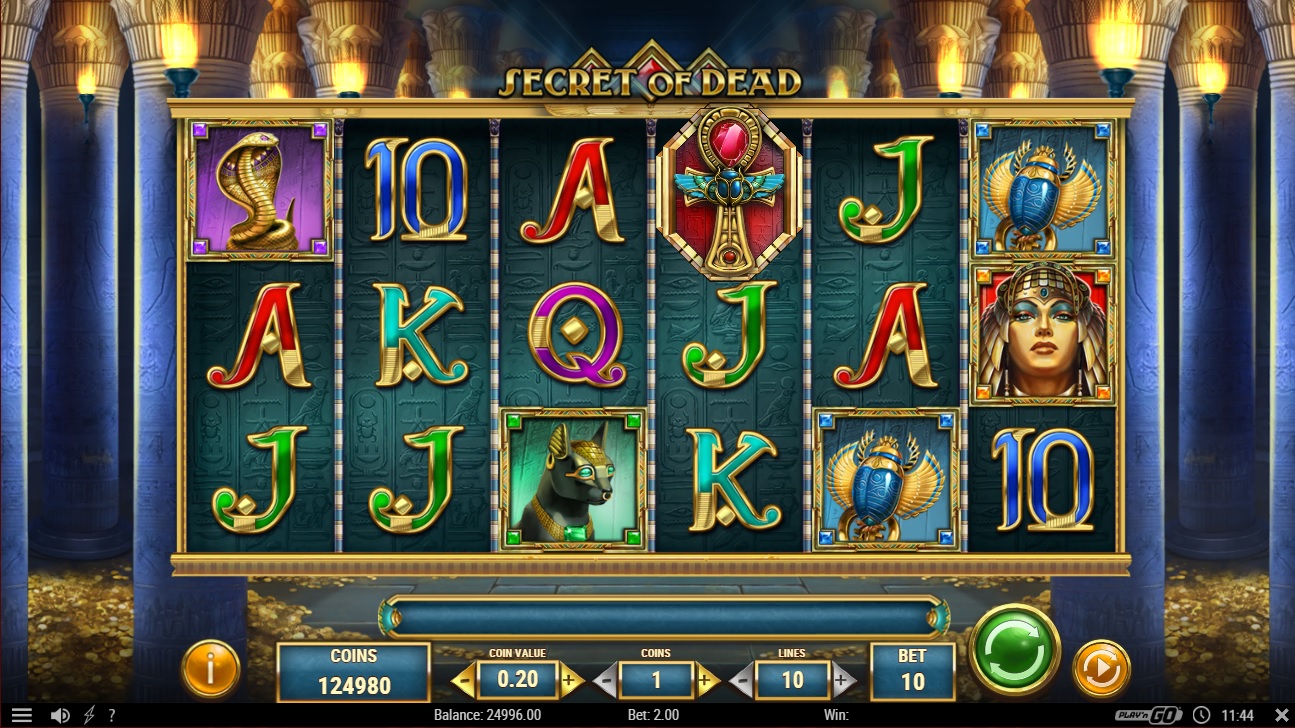 Before free spins start one of the normal symbols is chosen to be the special expanding symbol. This symbol will expand to cover the entire reel when it forms a winning combination and will play no matter where on the reels. Really the classic “Book of” bonus.

As an added bonus, the Shai symbol pays times two when it becomes an expanding symbol.

I was already wondering, how long can Play’n Go keep releasing these “Book of” games. Well it seems they aren’t done yet.

They just keep combining different versions and featured together to create a new game.

I’m guessing these games are very popular, there is no other reason to keep releasing new versions. Although they must be also very easy to create considering they all have the same theme and bonuses.

I’m not mad about the fact that they keep releasing them. I like these games. But it would be nice to maybe see something radically different, a feature we haven’t seen before.

But overall, Secret of Dead is a solid title that will again attract a lot of players.

You’ll find it at all the top casinos like Leo Vegas>>, Casumo>> and Videoslots>>.