It’s been a couple of slow days, so I decided to post about a new game from Iron Dog Studios, which I didn’t before. But this time it’s a Megaways slot, which are very popular, so thought players might be interested.

Super Rainbow Megaways is a new slot game with an Irish theme. Pots of gold, leprechauns, clovers and more of those symbols. It’s a bit of an overused theme, but it is colorful.

There are also wild symbols and scatter symbols on all reels. 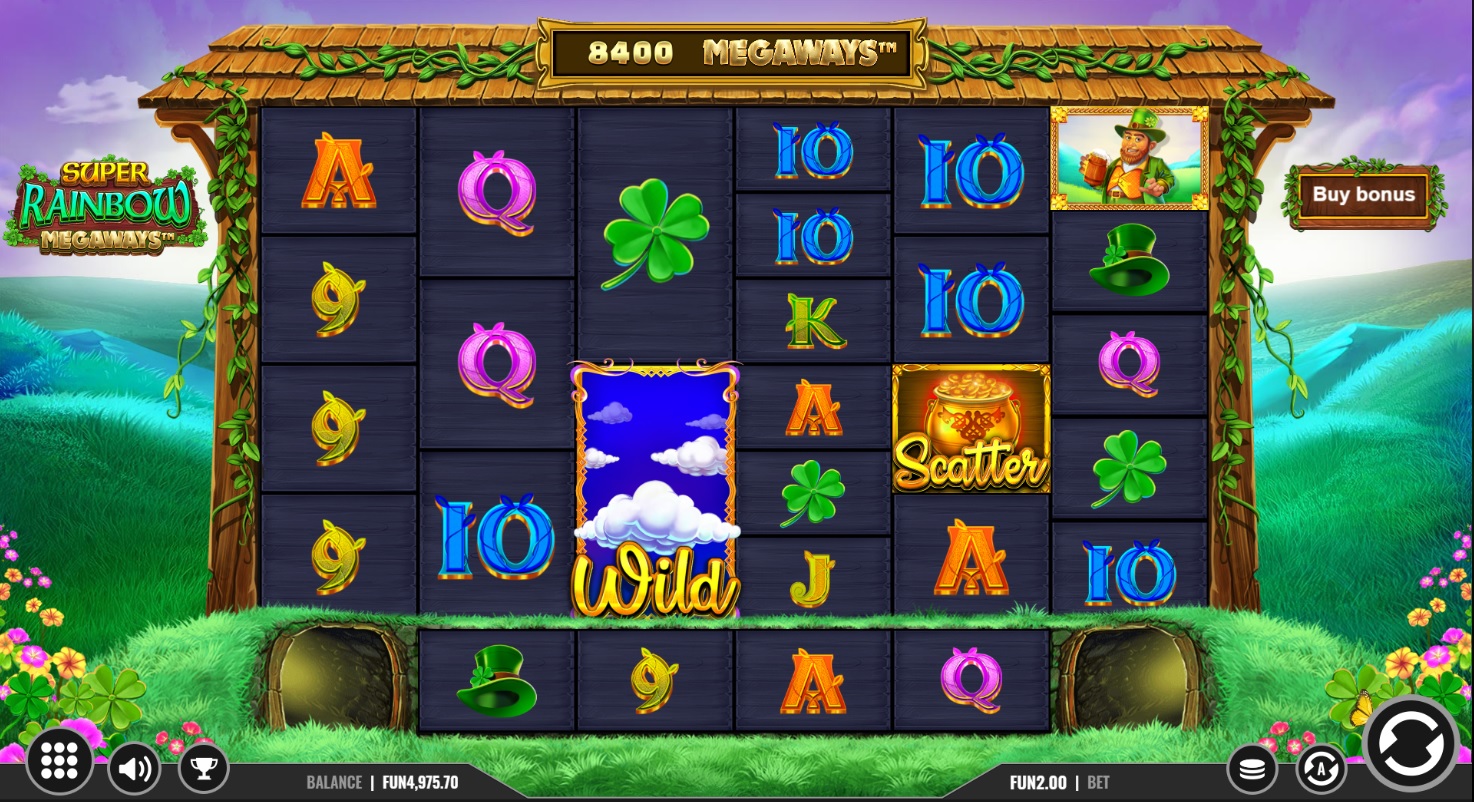 When a wild symbol appears on reels 2 and 5 at the same time, a wild symbol will be added to reels 3 and 4. Giving a guaranteed winning combination.

During free spins a multiplier will start at x1 and is increased by x1 after each tumble. 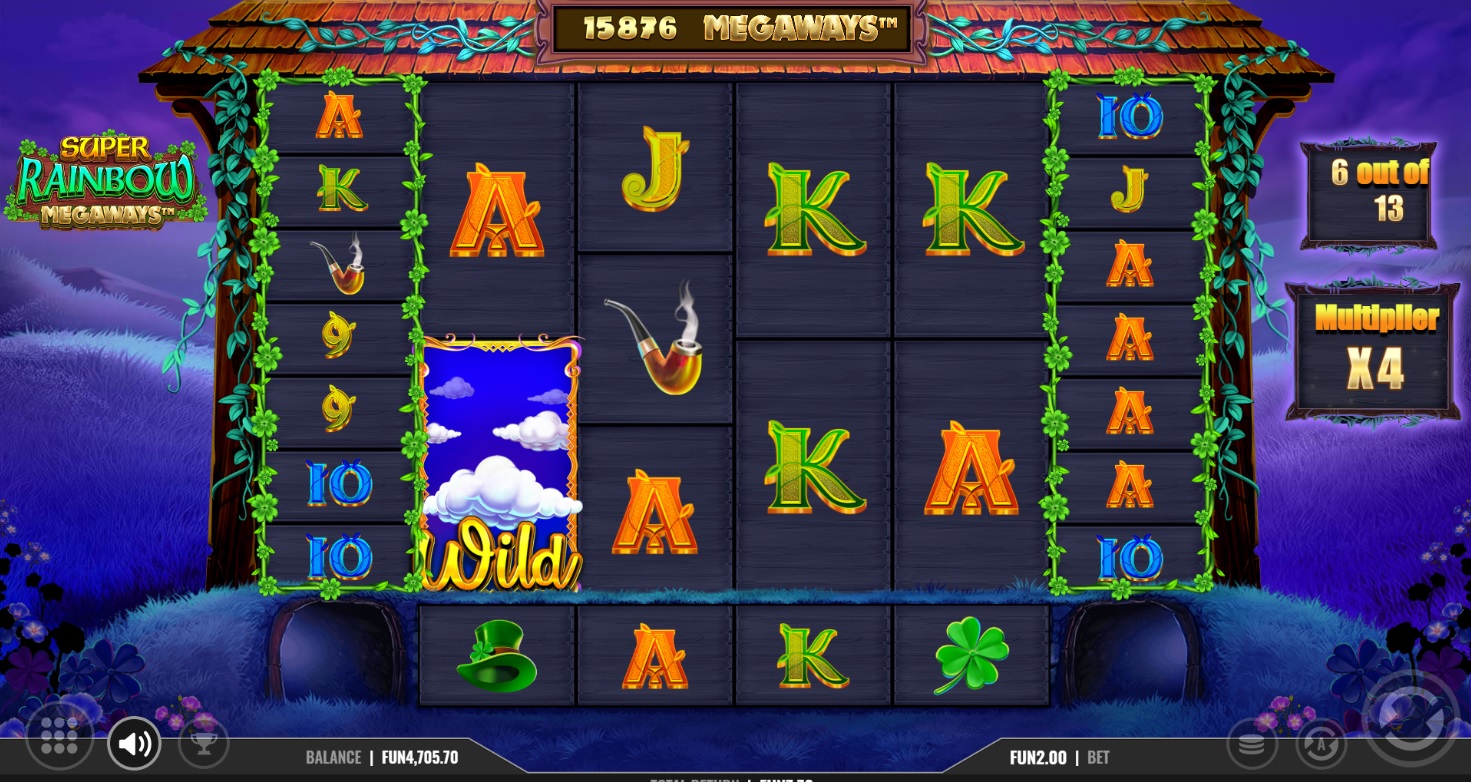 Super Rainbow Megaways uses a very standard theme, the Irish theme. Which has been done a lot, maybe even too much. But I guess it’s still popular.

The gameplay itself is a lot of standard Megaways mechanisms, like the tumbles and the free spins with the increasing multiplier. But also comes with something extra like the Super Rainbow Wilds and also the locking reels. Which will increase your guaranteed maximum ways, which is always great on a Megaways game.

If you know games from Iron Dog Studios you might recognize that the game feels a lot like another game they have released, Pirate Kingdom. Which is also worth a try and has a slightly more unique theme.

Overall Super Rainbow Megaways is a solid Megaways title with a big maximum win of 35.000 times your bet. Definitely worth a try. Now available at Yako Casino>>, Yeti Casino>> and Platin Casino>>.