Tales of Asgard – Freya’s Wedding, new in the series

In October 2021 Play’n Go released a game called Tales of Asgard – Loki’s Fortune. I already thought that would be the first of a series of slots. And it seems I was right.

Because now we get the second game in the series, Freya’s Wedding.

We are staying in the same Asgardian mythe with characters like Thor, Loki, Odin and Freya. But now Freya takes centerpoint.

Freya’s Wedding comes with 5 reels which are each 4 symbols high and uses 30 lines. The game looks more cartoon-like than Loki’s Fortune, which looks really nice. You will get Freya and Thor but also different wedding guests, food and standard card symbols. 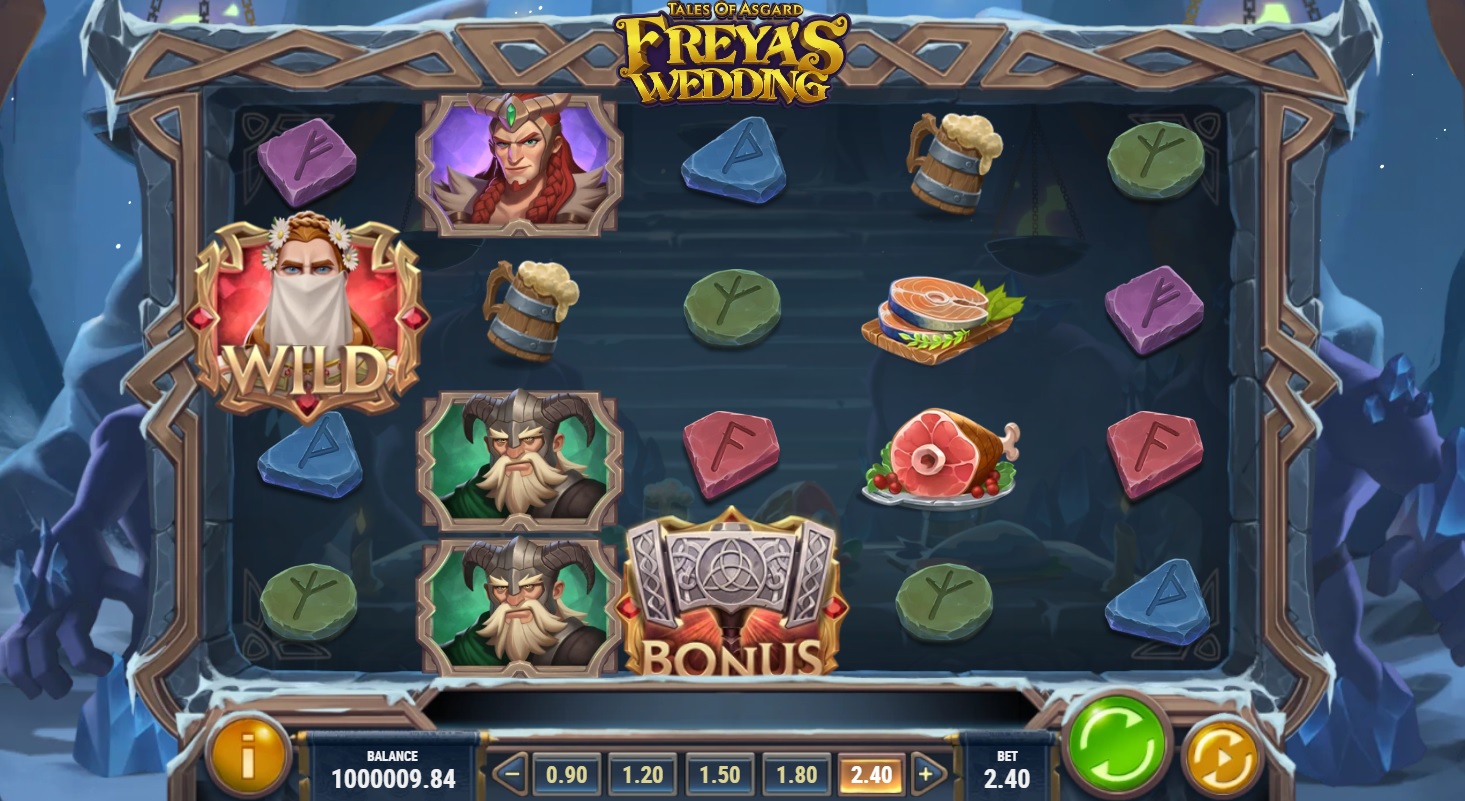 During any normal spin this feature can trigger at random.

Freya will come in as a full wild reel and will stop on the first reel. She will also have a x2 multiplier. After this the reels will stop spinning. 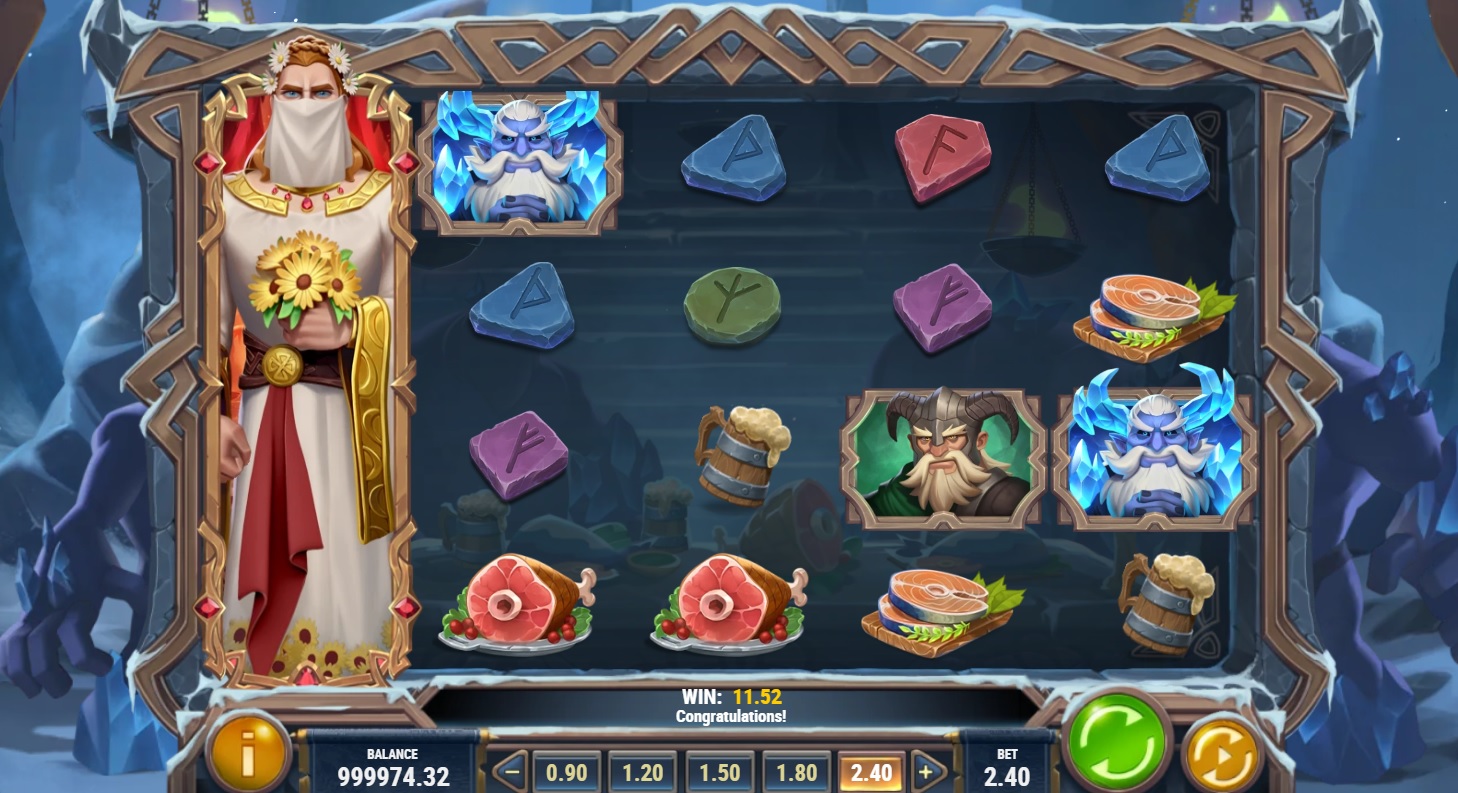 Get all three bonus symbols to trigger the free spins feature.

Freya will now change into Thor. A full reel of of Thor (wild) start on the 5th reel and will start with a x1 multiplier

After each spin this wild will walk one reel to the left and the multiplier will increase by x1.

After it moved off the first reel you can trigger him again and it will start all over again, but with the current multiplier. Which can reach a maximum of x10.

It can trigger multiple times. When no more Thor appears on the reel you will get 1 free re-spin to maybe trigger him again.

The free spins end when Thor no longer appears on the reels.

I always think it’s fun when providers start a serie. But this might also work against them, because if the first doesn’t work, than nobody is interested in the follow-ups.

Luckily Loki’s Fortune was not a bad game. It didn’t make a huge impact in my opinion, but it is a good game.

This new Freya’s Wedding is also a pretty nice game. I especially like the look and the animations during free spins. The free spins feature with a walking wild is not new, but I enjoy it.

Overall a good second game in the series. Let’s see if a third will be released and if it’s now Odin’s time.

You can find Tales of Asgard – Freya’s Wedding at Platin Casino>>, N1 Casino>> and Casumo>>.