Of course the game is a nog to The Great Gatsby, but somehow this game also feels a lot like Piggy Riches by NetEnt, but that’s probably because of the pigs.

The reels of this game are set against a giant mansion at night. And everything also looks like it is playing at night.

This slot game uses 6 reels that are between 2 and 7 symbols high during each spin. This setup can give a maximum of 117.649 ways per spin.

There are standard card symbols and all sorts of old Hollywood movie themed symbols together with a female and male pig. Wild symbols can appear on reels 2, 3, 4, 5 and 6. There are no scatter or bonus symbols on this game.

The Great Pigsby Megaways comes with a pretty big maximum payout of 20.000 times your bet. 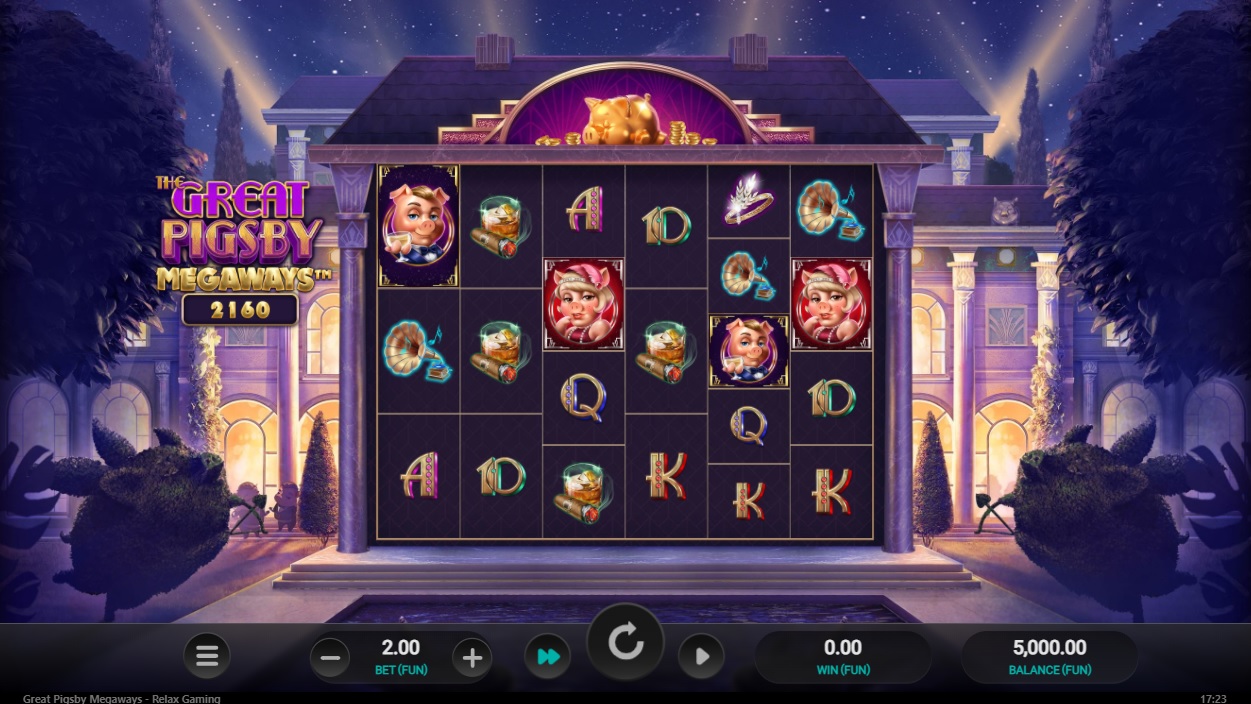 Wild symbols landing on the reels will expand and cover the entire reel. These will also come with a multiplier of between 2x and 7x.

Also wild symbols will be collected and added to the piggy bank on the top of the reels. At any point, at random, this piggy bank can break and award one of the following three bonuses.

Between 2 and 5 random reels will become wild. With a random multiplier of between x2 and x7 on each wild reel. After this the reels will stop spinning. 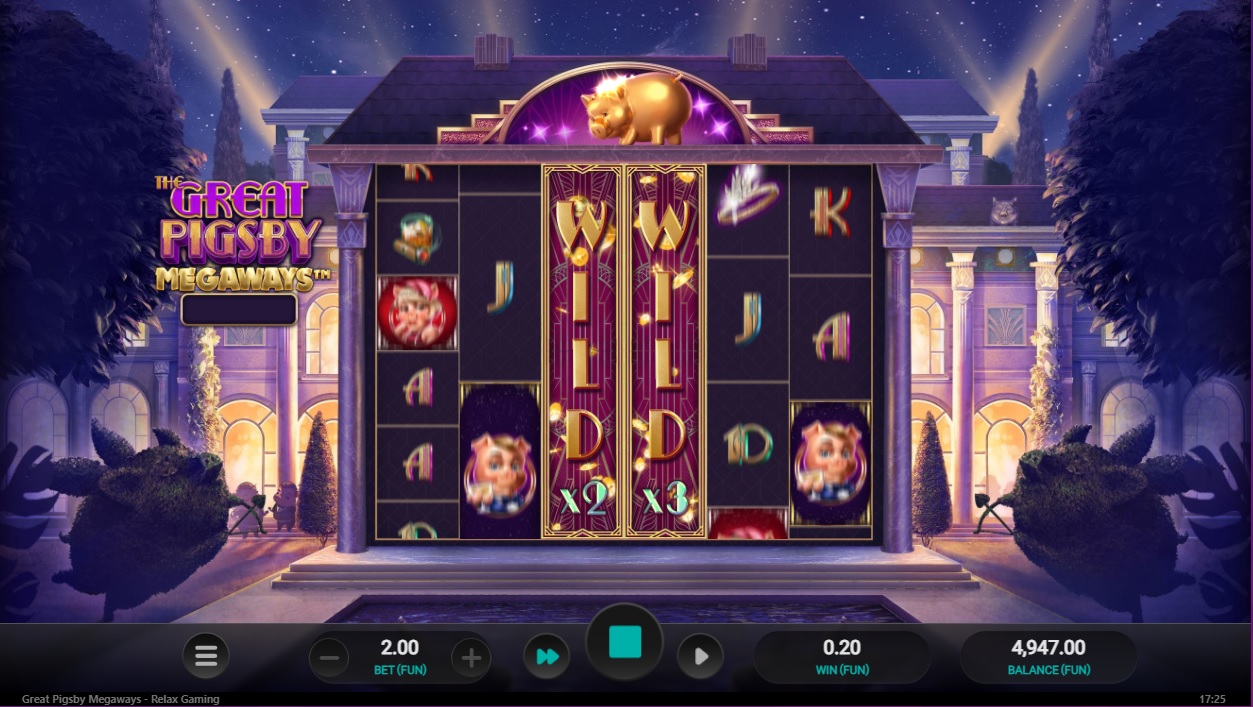 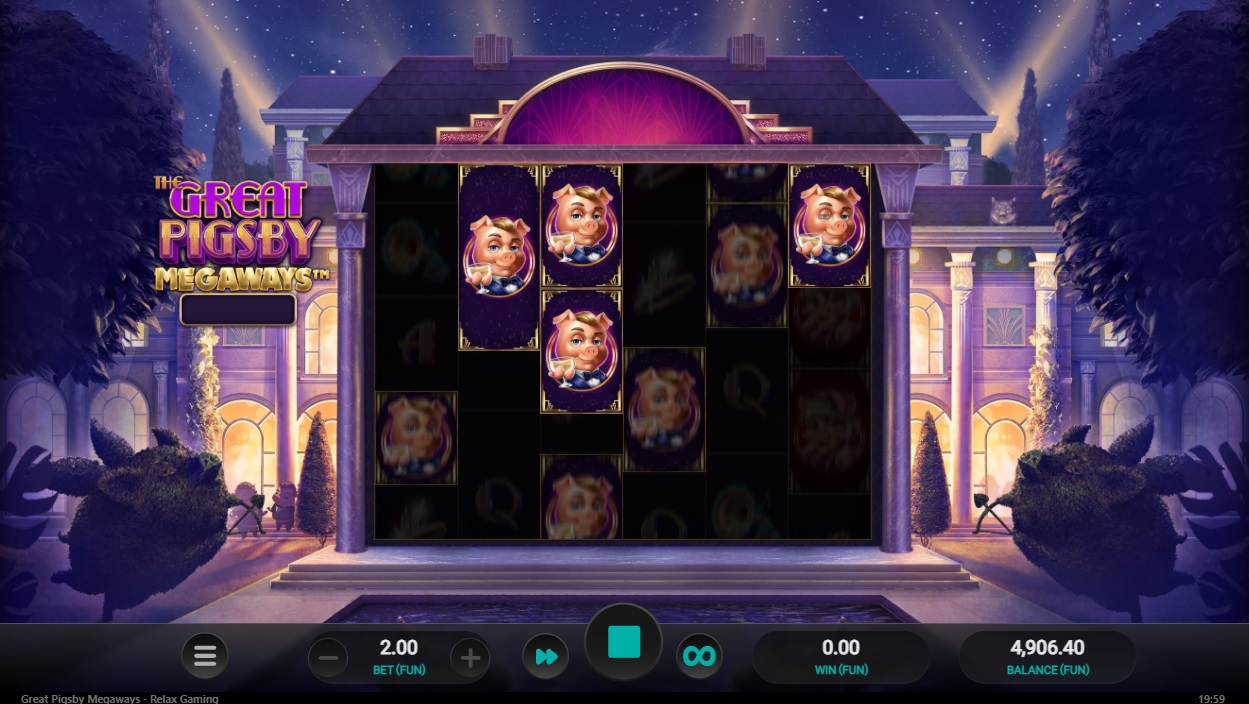 When all low paying symbols, 10, J, Q, K and A have been removed and will be replaced by a random medium to high paying symbol, the scatter symbol only adds 2 more free spins. 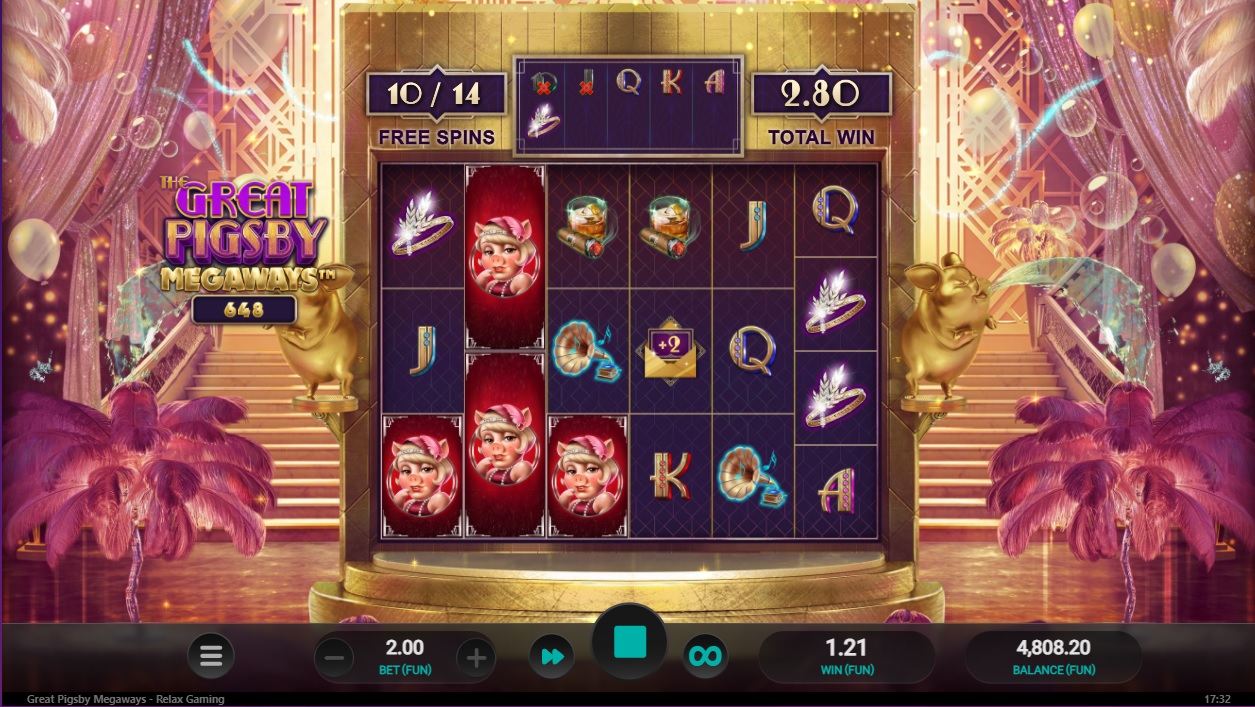 I have to say, I really enjoy this game.

I think the theme is fun. And I also like the multiplier wild reels.

And normally I don’t like bonuses that need to be triggered at random. But somehow the bonuses on The Great Pigsby Megaways seem to trigger quite often, so I don’t mind it.

The bonuses are also nice. Of course the free spins feature is the best. But the other two can give some great wins too.

Relax Gaming released a very nice Megaways slot that I would definitely give a try.

You will find The Great Pigsby Megaways at casinos like Wheelz>>, Simple Casino>> and Casumo>>.