These days almost every slot release is a high or even very high volatile game. So it’s nice to see that some providers also add in a low volatile slot in a while. And that’s exactly what Pragmatic Play did when they released Chicken Chase.

Chicken Chase comes with a funny barnyard theme with different vegetables like broccoli, eggplants, but also chickens and a fox.

The game uses 5 reels that are each 3 symbols high and comes with 10 lines.

Chicken Chase does come with a very low maximum payout of only 210 times your bet, which is a bit strange.

Each spin is played in two phases. Any non 5-of-a-kind spin will trigger a free respin. Before you play the respin you can choose which reels to hold, or let the game hold reels itselfs. After this the game will respin and now you are awarded your win, if any. 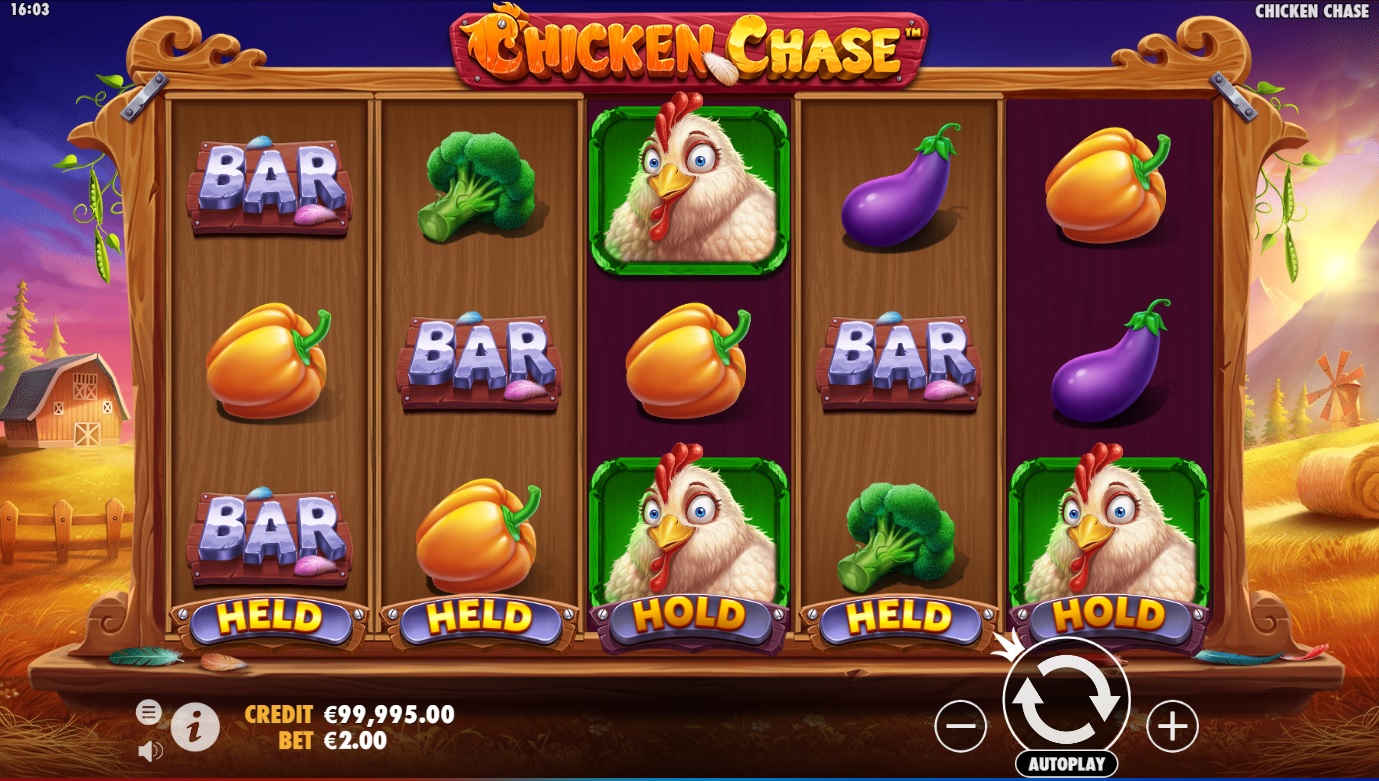 Four chickens will appear on screen, pick one to see how much you have won.

The more golden egg bonus symbols triggering the bonus, the higher your reward.

Well, as you might have notices, this is a pretty basic game. The only thing that isn’t that basis is those two step spins, where you can hold reels. But that’s it.

The bonus game is just a pick your prize bonus, that’s really not that interesting, since the maximum reward is 150 times your bet and you need 5 bonus symbols for that.

Maybe there’s a market for this game, maybe some players love the very low risk on Chicken Chase, but for me, this game is a pass. It’s just too boring, too basic and can’t pay anything good, really.

Check out the game for yourself at Avalon78>>, CasinoFriday>> or Videoslots>>.