Play’n Go has already released several slot games with a famous rock band as their main theme. Games like Def Leppard Hysteria and Alice Cooper and the Tome of Madness. Now they added a new title called Lordi Reel Monster. Which of course features the famous Finnish rock band that also won the Eurovision Song Contest in 2006. They especially stood out because of their crazy, over the top, horror costumes. You’ll find all band members and original music on this new themed slot game.

Lordi Reel Monster comes with a grid of 7 by 7 symbols.

Any combination of 5 or more of the same symbols that are horizontally or vertically connected count as a winning combination. Meaning this is a cluster pays slot game. Winning clusters are removed from the grid and all symbols fall down and new symbols fall on top, creating the option for another winning cascade.

The maximum win for Lordi Reel Monsters is 4.000 times your bet. 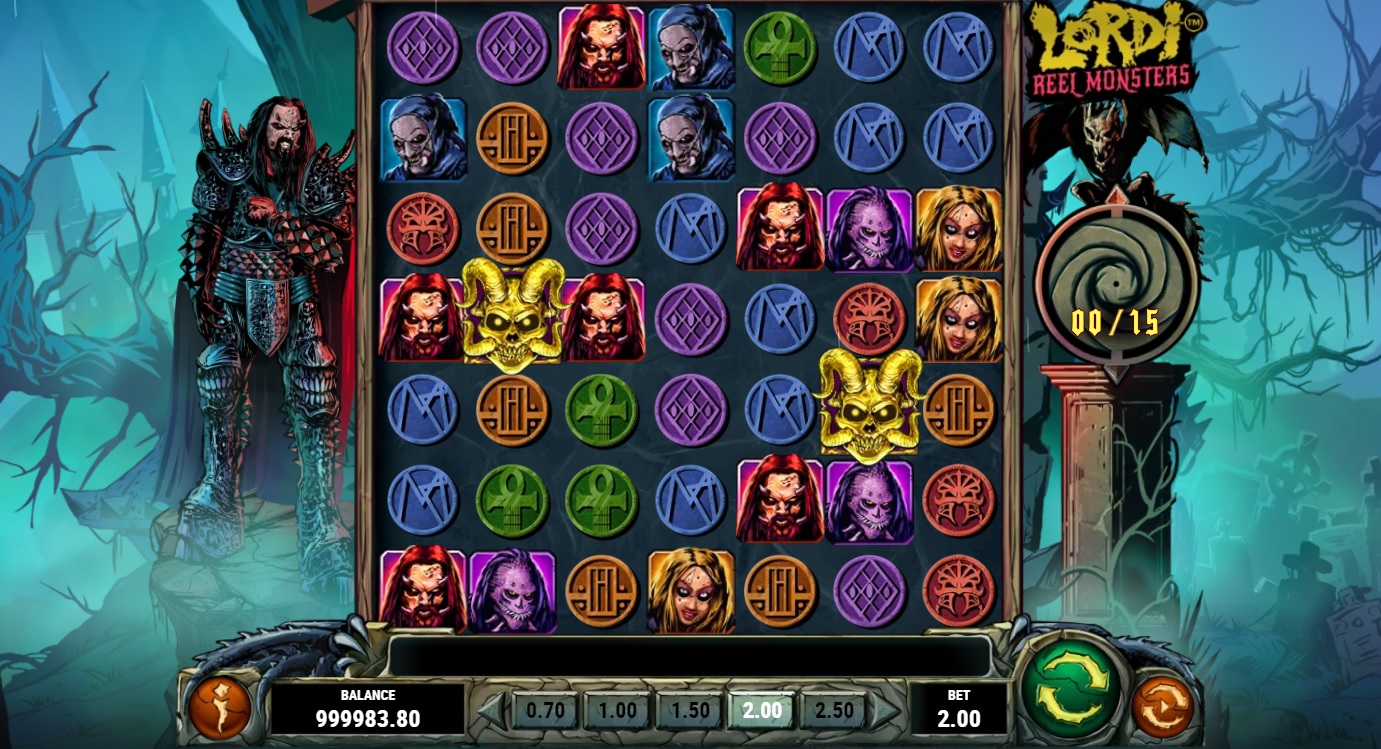 On the right of the game you’ll find a grave stone. This will collect all symbols that appear in a winning combination. Every symbol collected will count as a charge.

If you collect 15 charges in one spin you will trigger one of the 5 monsters, which will award a modifier. 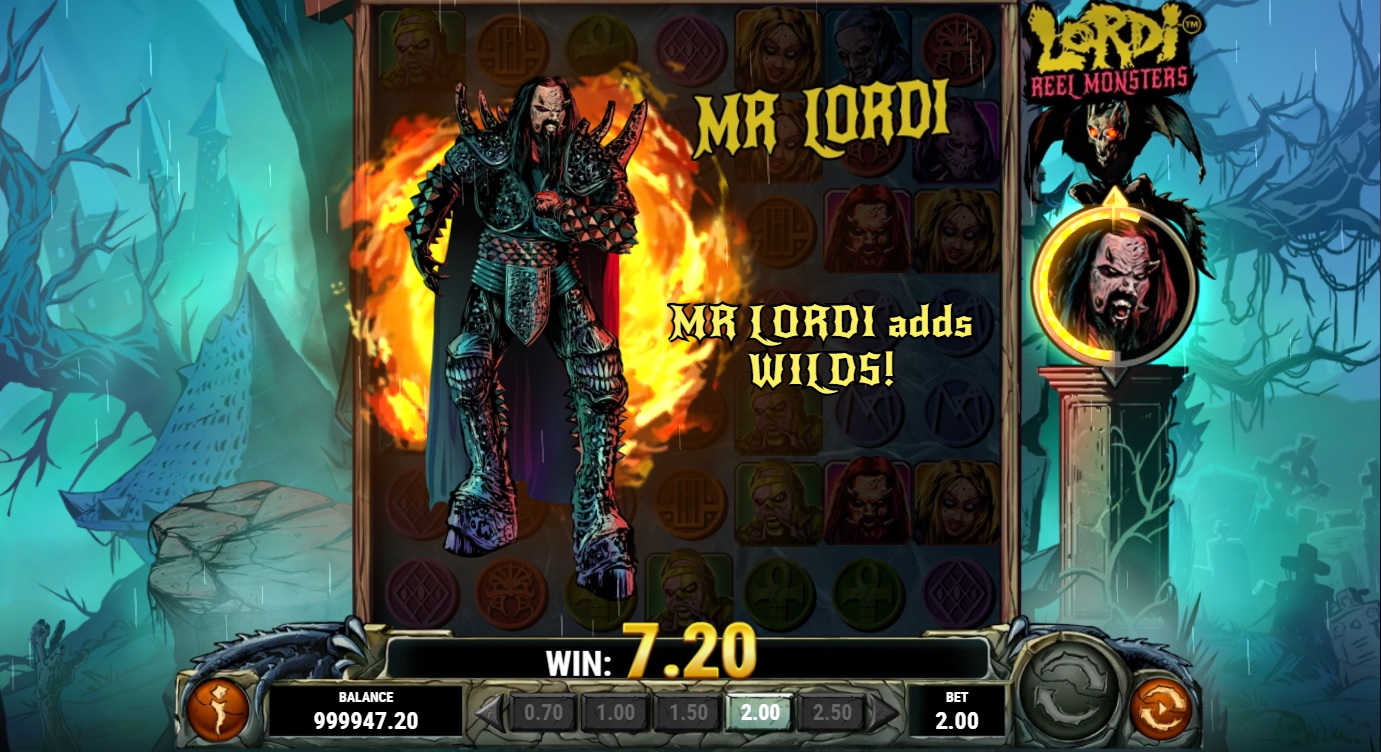 Collect 40 or more charges and you will win 1 free spin.

Before this singe free spin starts you have to pick between 2 different features. 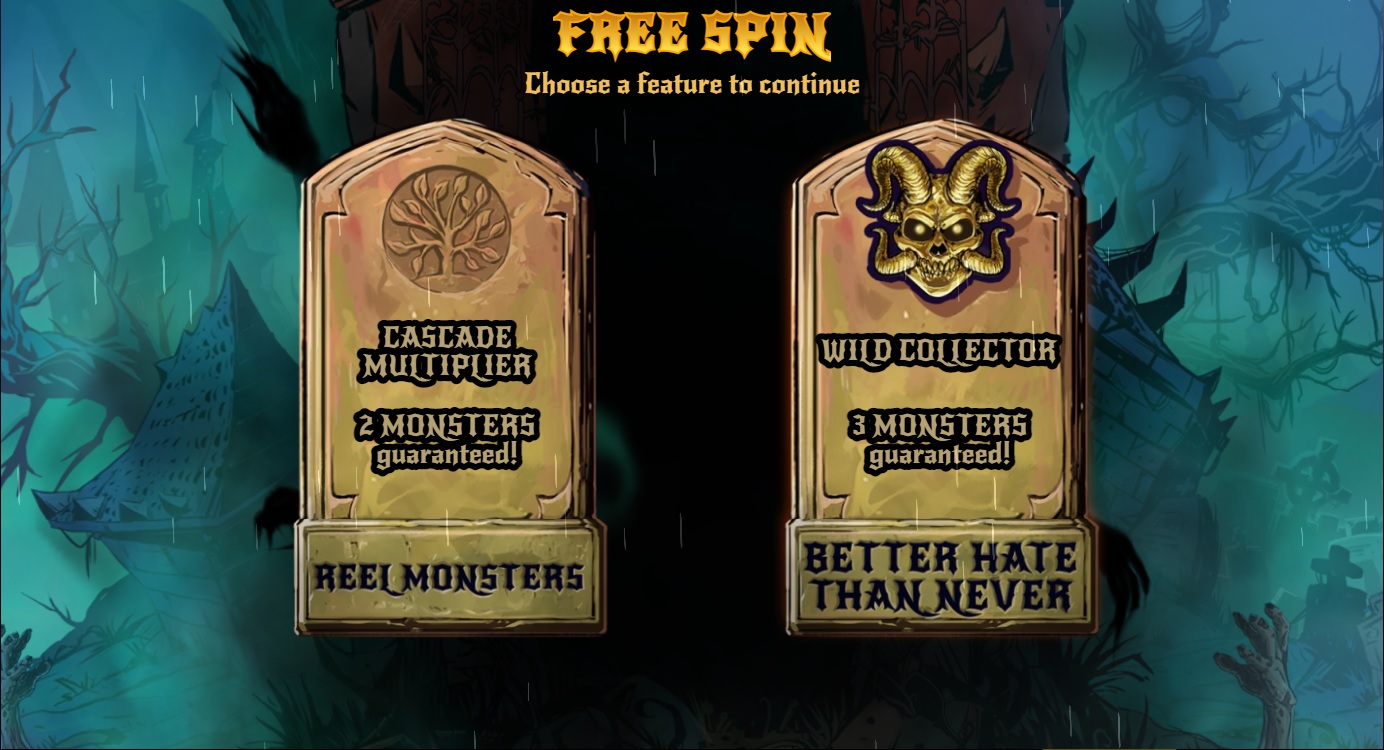 This real rock band fits perfectly in the series of rock slot games from Play’n Go.

But there is also a bit of a negative and that’s the features. Don’t get me wrong, I think the modifier after 15 charges is nice, but that you only get 1 spin seems a bit low. It would have been nice if you have gotten more than that. But, it does work. The free spin is pretty nice and can still give some great wins. But I think it will keep some players away.