Big Time Gaming has released a new online slot game. This is always a big thing, because they don’t release that many games a year.

This time they have released Pirate Pays Megaways.

Pirate Pays Megaways comes with 6 reels, which can be between 2 and 7 symbols high during each spin. And one row of symbols below the reels. Making the maximum ways possible, 117.649.

Of course, as the name says, the game uses a pirate theme. But with most Big Time Gaming slot games, this is more the cover than the game itself, although the game does feature parrots and treasure chests.

Pirate Pays Megaways also uses the familiar cascading wins. Each time you get a winning combination, winning symbols are removed and new symbols fall on top. Creating the option for another win during the same bought spin.

Wild symbols only appear on the bottom row of the game.

When a wild symbol appears, which is a compass, the compass will spin and where the needle lands, there the wild expands. It will point north, south, east or west.

There are two different scatter symbols available on Pirate Pays Megaways. On reels 1 through 5 there is the normal treasure chest symbol and on reel 6 you can get a purple treasure chest.

You will now get a Deal or No Deal type of feature.

If you happen to trigger the Enhanced Bonus, the 10 lowest options are all removed, after which the bonus plays out as normal.

But to be honest, the game feels very familiar and is a combination of other BTG titles. So there’s really nothing new. Except maybe the Deal or No Deal type of bonus.

This does not mean I don’t like the game, I love almost every game this provider released. But it’s starting to get a bit predictable. This also comes from the fact that these days there are a lot of Megaways slot games.

But I am sure I will play Pirate Pays Megaways a lot. Because the theme is fun and I know these games can pay out huge. 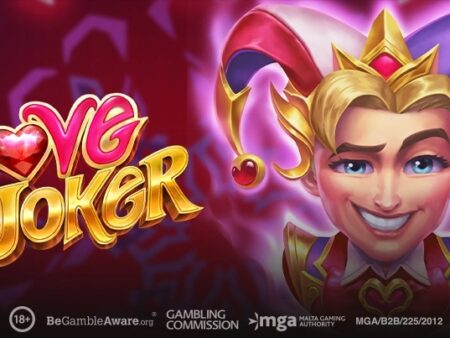